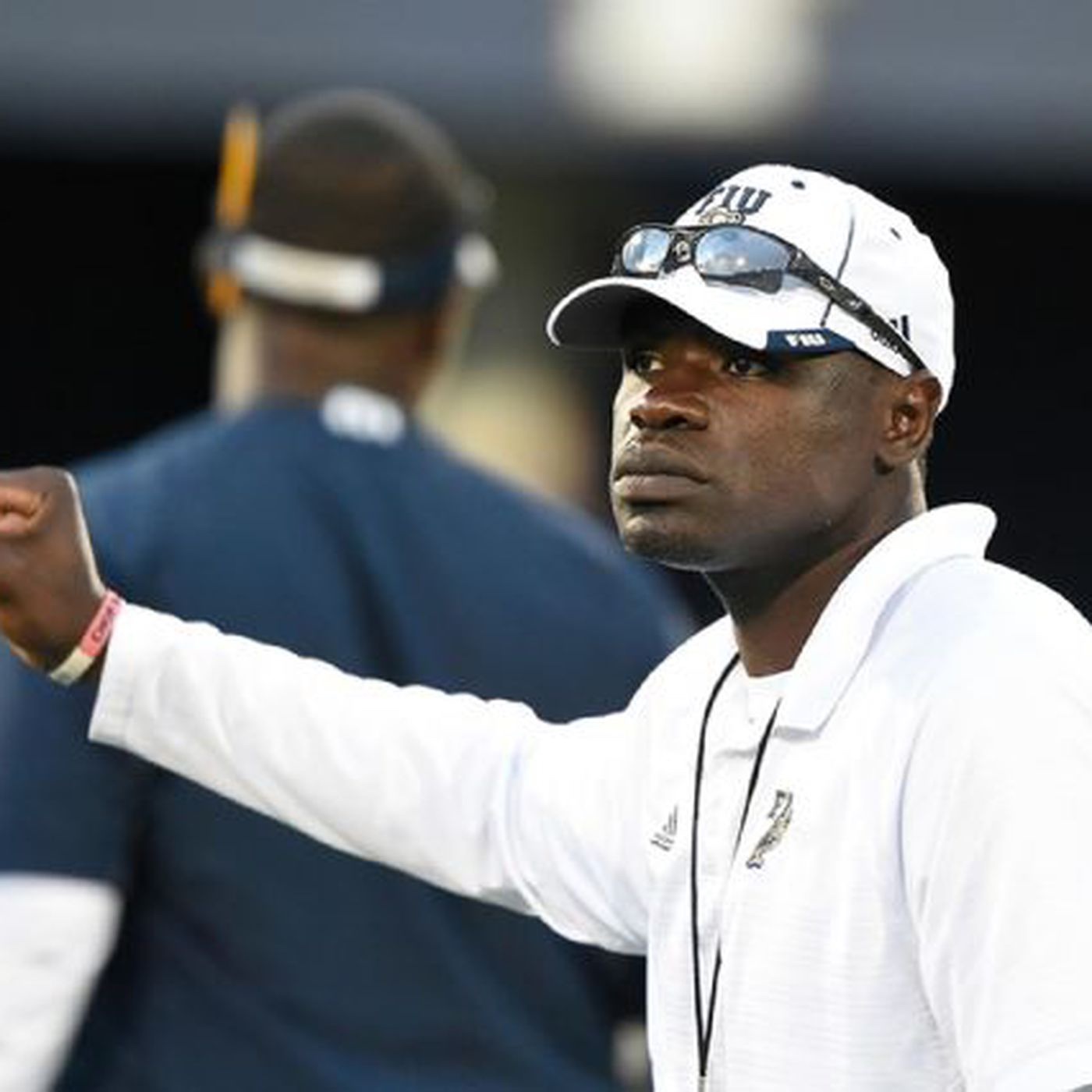 While news has seemed to begin percolating regarding a potential return to schools for some athletic departments, the BC football program is still conducting everything remotely.

On Wednesday afternoon, the Eagles continued their staff Zoom calls with the media, and this time it was new defensive coordinator Tem Lukabu’s turn to chat for a bit.

Lukabu touched on a few things during his 20-25 minute session, here’s what Lukabu had to say as Boston College looks to continue building its new culture while hoping things can begin ramping back up sooner rather than later:

ON THE FIRST FEW IN-PERSON PRACTICES EARLIER IN THE SPRING

The biggest thing that stood out to me – especially with being a new staff – is the buy in, the belief” Lukabu said. “The guys took to the work that coach Hafley gave them and they take to the messages and they’re buying in and believing in what we’re telling them. I think it’s one of those things that you never know how it’s going to be initially when you first come in, in that situation.

“How are the guys going to accept a different way of thinking? How are they going to accept a different way of teaching? So far, that’s been really exciting for me to see because we all know it’s not going to happen overnight, but, once again, one of the hardest things you have to get going initially is the buy in. If they buy in, understand and learn how we want to do it culturally then we’ll be okay.”

“I feel very blessed that Iv’e been able to be at so many different places,” Lukabu said. In his career Lukabu has coached at Mississippi State, FIU, Colgate, URI, Rutgers and also had stops with both the Tampa Bay Buccaneers and was most recently the Cincinnati Bengals’ linebackers coach in 2019.

“It’s shaped and molded me in different ways. It’s forced me to ask questions of myself and to ask questions of what I think is good and what I think is not for me. A lot of times – it’s my understanding from some of the other guys that I know – when you’re only in a particular system or way of doing things, it’s much more difficult to adapt and change. For me I think that’s a little bit easier because of my experiences in different places.

“So, at the end of the day, obviously I’m still a young guy, but moving forward it’s been a great mixture, Iv’e been able to add small things here and there to what my overall baseline is and just keep moving forward with that. In my mind – and I think anyone that wants to do good in the position I’m in – it keeps me for lack of a better term unguarded in terms of ideas and techniques. In my mind it’s much easier for me to try things and maybe be a little more courageous than I normally would’ve been had I only been around one system.”

ON THE LOSING SEASON WITH THE BENGALS LAST YEAR

“The experience in Cincinnati – obviously aside from the record – was very positive,” said Lukabu. “I was around really good coaches. Zac Taylor first and foremost is a heck of a person, he’s one of the best people I’ve ever been around in football. His mental fortitude and toughness to withstand what we had to last year was very impressive to me. God willing he’s able to see his plan and vision through. I think good things are coming there, so it was good to be around guys like him there. I think every experience that I have whether it be pro or college there’s always learning experiences whether you’re winning or not.

“Unfortunately we didn’t win as much, but I’d like to think personally I learn more from the failures like most people.”

ON CONVERSATIONS WITH LINEBACKERS MAX RICHARDSON AND JOHN LAMONT

“Their position coach Sean Duggan knows what it takes to be successful at this place, so far I think they’ve both had a taste of success here, so we’re just here to enhance that.”

The biggest takeaway from Lukabu’s session on Wednesday was the confidence in which he spoke about his experiences as well as this current roster. The work has not stopped at The Heights during this pandemic, and if media outlets around the country continue labeling this Eagles team as part of the “trash tier”, there may be quite a few folks surprised with how things look come September.

There is a quiet confidence during these uncertain times amongst Hafley and his staff, and that could be dangerous.