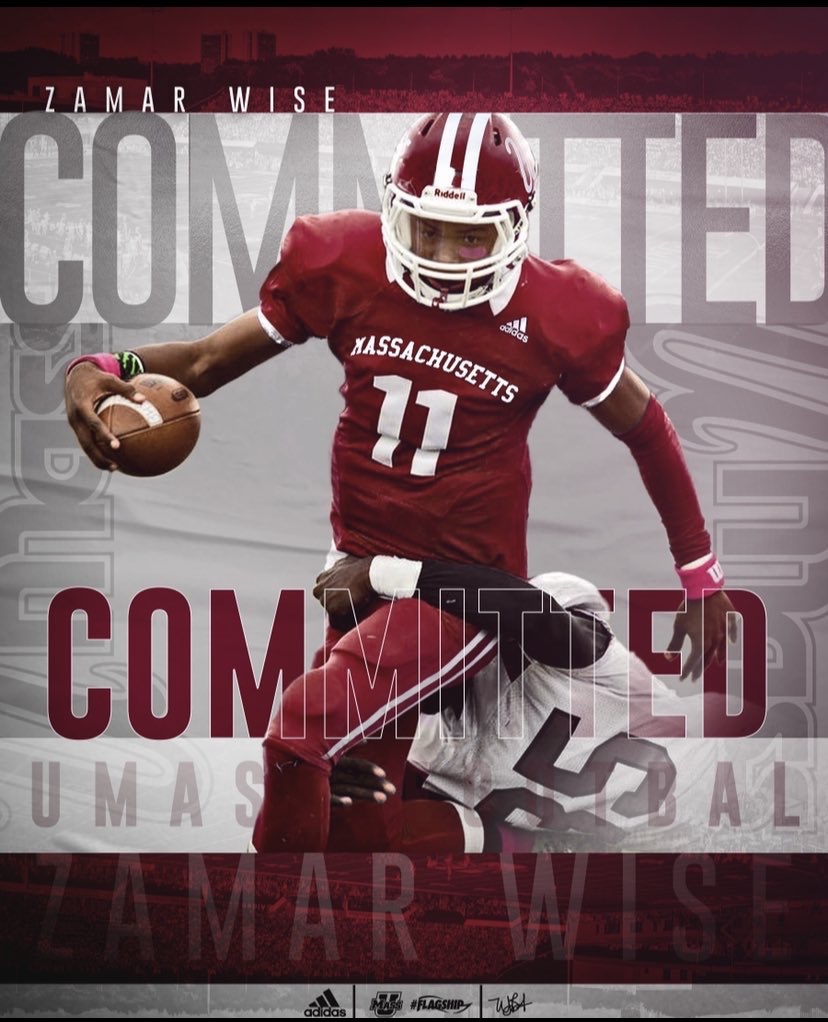 Wise prepped at Milford Academy last season but played his high school football at Barringer High School in New Jersey. He had offers from Rutgers, Miami, Syracuse, Missouri, Maryland and several other schools before deciding to PG year at Milford.

Given his athleticism and explosiveness, he is a big time commitment for Bell and his staff.

Roberts is a DMV recruit who played his high school ball at McDonogh School in Owings Mills, Maryland. He was a terrific two way player (wide receiver/defensive back) who also held offers from Brown, Columbia, LIU Post and Merrimack. Coach Cato June has strong ties in the area and got Roberts to commit.

Both players are quality commitments for UMass especially Wise who is a terrific fit in Bell’s offense. The Minutemen need as many playmakers as possible and they added two good ones yesterday.