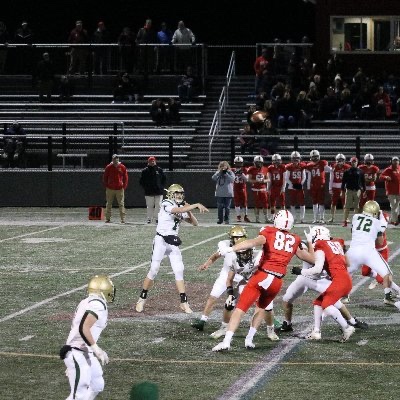 Olson held offers from several schools most notably Georgia Tech and Colorado State. The 6-4 190 pound Olson played at Bishop Feehan last season but is transferring to Milford to play for his uncle (Dale Olson) who is entering his first season at the helm of the Scarlet Hawks.

On tape, it is easy to see why Olson had several scholarship offers. He has good size, he manages the pocket and he can consistently make accurate throws in all three levels.

Olson will need a little time to develop but his commitment to UMass is huge for Walt Bell and his staff. UMass was already having a good week with the commitments of quarterback Zamar Wise and wide receiver Jamir Roberts. Adding Olson was the cherry on top.

Some where surprised that Olson picked UMass over schools like Georgia Tech and Colorado but a strong desire to play close to home and the opportunity to possibly play sooner than later we’re key factors in Olson’s decision.

Regardless of how you look at it. UMass is a great fit for Brady Olson and he could thrive in Bell’s system.