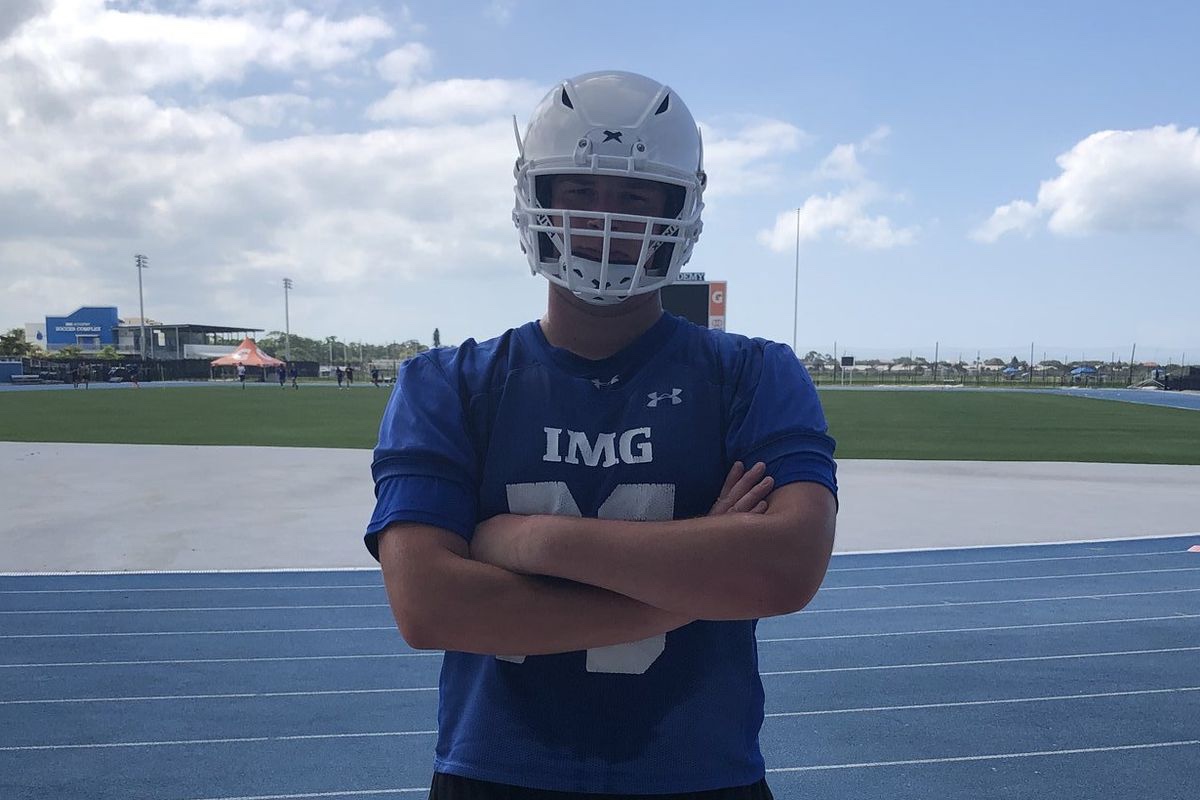 The Boston College Football program picked up some key commitments along the offensive and defensive lines last week.

Last weekend, Jeff Hafley and his staff landed IMG Academy offensive tackle Ilija Krajnovic. Krajnovic is 6-8 325. The Serbian product is raw but he has the physical tools necessary to develop into a terrific player who can make can impact.

After my conversation with @CoachJeffHafley and @Coach_Applebaum of Boston College I have decided to commit! I want to thank my family and my country of Serbia for being such a huge support during this process. 🙏🏻🇷🇸@CoachBA1010@dzoloty@ghegamin@BCollierPPI@SAAFrs pic.twitter.com/p9id0qOkOf

The next day the Eagles picked up another commitment. This time defensive tackle Owen Stoudmire committed to the Eagles. Boston College was Stoudmire first Power 5 offer and he took it.

At 6-2 315, Stoudmire has good get off on the snap and plays with strong hands once engaged. Stoudmire projects as a shade or 2i tackle on the weakside. He can also play nose tackle.

The Eagles picked up a second offensive line commitment later in the week when Illinois offensive tackle Otto Hess committed. At 6-7 280, Hess is a three star recruit who also had offers from Arizona, Indiana, Maryland Minnesota, Syracuse, Purdue, Virginia and Cincinnati among others.

Hess has been on the Eagles radar for a while but offensive line coach Matt Applebaum was able to seal the deal and secure a commitment.

Hafley and his staff have now gotten 16 commitments in the class of 2021. It is the strongest indication yet that this staff has a solid reputation nationally and it is paying off.