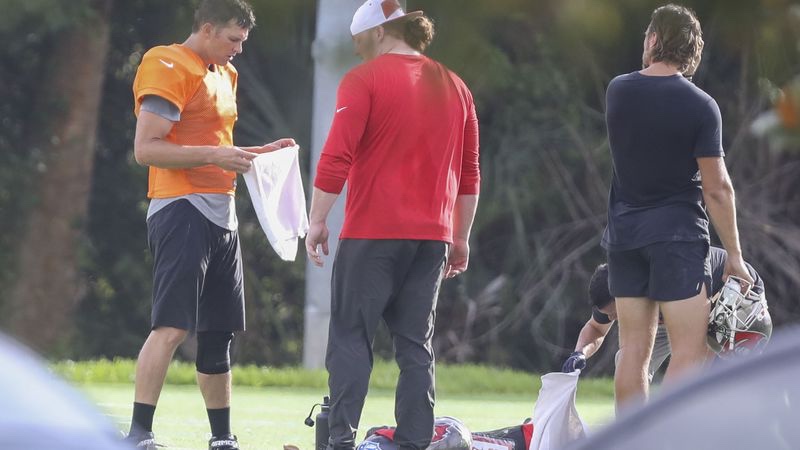 Tom Brady is preparing for his 21st season in the NFL and his first with the Tampa Bay Buccaneers by organizing team workouts with his new teammates.

The workouts are happening despite the fact that Florida is experiencing a second surge of COVID-19. With cases skyrocketing in 23 states, the NFLPA has recommended players suspend their workouts for the time being.

Brady has failed to heed the warning and has continued meeting with his new teammates despite the fact that COVID-19 poses a health risk to the players and their families.

Three Tampa Bay Buccaneers staff members recently tested positive for COVID-19 so the fact that Brady is continuing the workouts despite knowing that, is not a good look for him or organization quite frankly.

NFLPA Head DeMaurice Smith recently said in an interview that the workouts Brady and Seattle Seahawks quarterback Russell Wilson are conducting “are not in the best interest of player safety and protecting the players heading into training camp.” Smith believes that the workouts could potentially jeopardize the season if they continue.

Despite the NFLPA’s position on the matter, Brady is steadfast in his belief that he needs these workouts to prepare for the season saying “The only thing we have to fear is fear itself.”

Brady’s work ethic is legendary. It is why he is the greatest quarterback of all time. However his blatant neglect of what is going on right now with the pandemic is reckless. He should care about his well being and the well being of his teammates.

We all understand how much training means to a professional athlete but these are unprecedented times. Brady needs to understand that. If he doesn’t, then shame on him. Simply plowing ahead with his workouts is ignorant and it shows that he puts himself above other. Not exactly a favorable impression as he enters the first season with a new team.