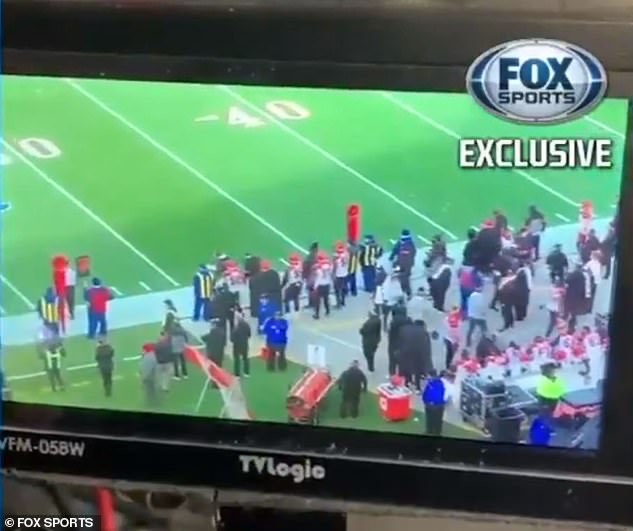 On Sunday night just minutes after the stunning news that they had signed Cam Newton, the punishment from “SpyGate Two” came down (that’s not by coincidence either) and it was fairly heavy.

New England was fined a million dollars, lost a third round draft pick in 2021?and are banned from having any team production crews from being at games for the upcoming season.

If you’re keeping score, that’s two first round draft picks and a third rounder for SpyGate, DeflateGate and SpyGate Two. While this one was pretty significant, what’s truly stunning is the fact that Bill Belichick is still going relatively unscathed.

Sure, the loss of draft picks – especially in those high rounds – has been impactful, but not to the extent opposing teams would have hoped. When you’re a team with a shady past and you get caught filming yet again whether it was truly for a “piece on an advanced scout” or not, the NFL had every right to finally put the hammer down for pure stupidity if nothing else and they didn’t.

The rest of the NFL owners and coaches must be livid. I wrote “ho hum” at the beginning of this story because as much as it should have ruined them on the field over the years it really hasn’t. At this point any punishment short of Bill Belichick being forced to sit out like Sean Peyton was for BountyGate is usually rendered somewhat harmless by the Patriot organization. Every punishment at this point seems like it’s a parent putting their child in timeout. It’s effective for the time being, but is there truly a lesson learned?

Ultimately if you are a Patriots fan you can’t be upset with this punishment. The video of the Bengals employee questioning the Patriots employee who was caught filming looked and sounded pretty bad, even though the Bengals employee acted like a complete jackass. If you’re truly stupid enough to have someone filming something in such a lazy way after what happened in 2007 then you’re just not very bright or don’t give a damn about the NFL rules. Clearly, Bill feels above the law, but if he’s going to be allowed to keep coaching then he might as well keep pushing the envelope, it’s not like he’s got this long career ahead of him he’s got to worry about. If you want to talk Pete Rose-type legacy and getting banned if they’re caught for something else, well then we can talk, but for right now Bill probably just shrugs at these “punishments”.

The news coming out literally minutes after the Newton signing wasn’t by accident either. As much as the league must hate this franchise, it’s well known that Goodell and Kraft have a great working relationship. What better way to sweep this under the rug than right after Cam Newton news breaks? It’s genius if we’re being honest. The Krafts and Bill now barely have to even address it while all the focus turns to this team suddenly becoming a Super Bowl contender overnight.

The Patriots were put in timeout again on Sunday night and may have even had to go to bed without dinner and desert.