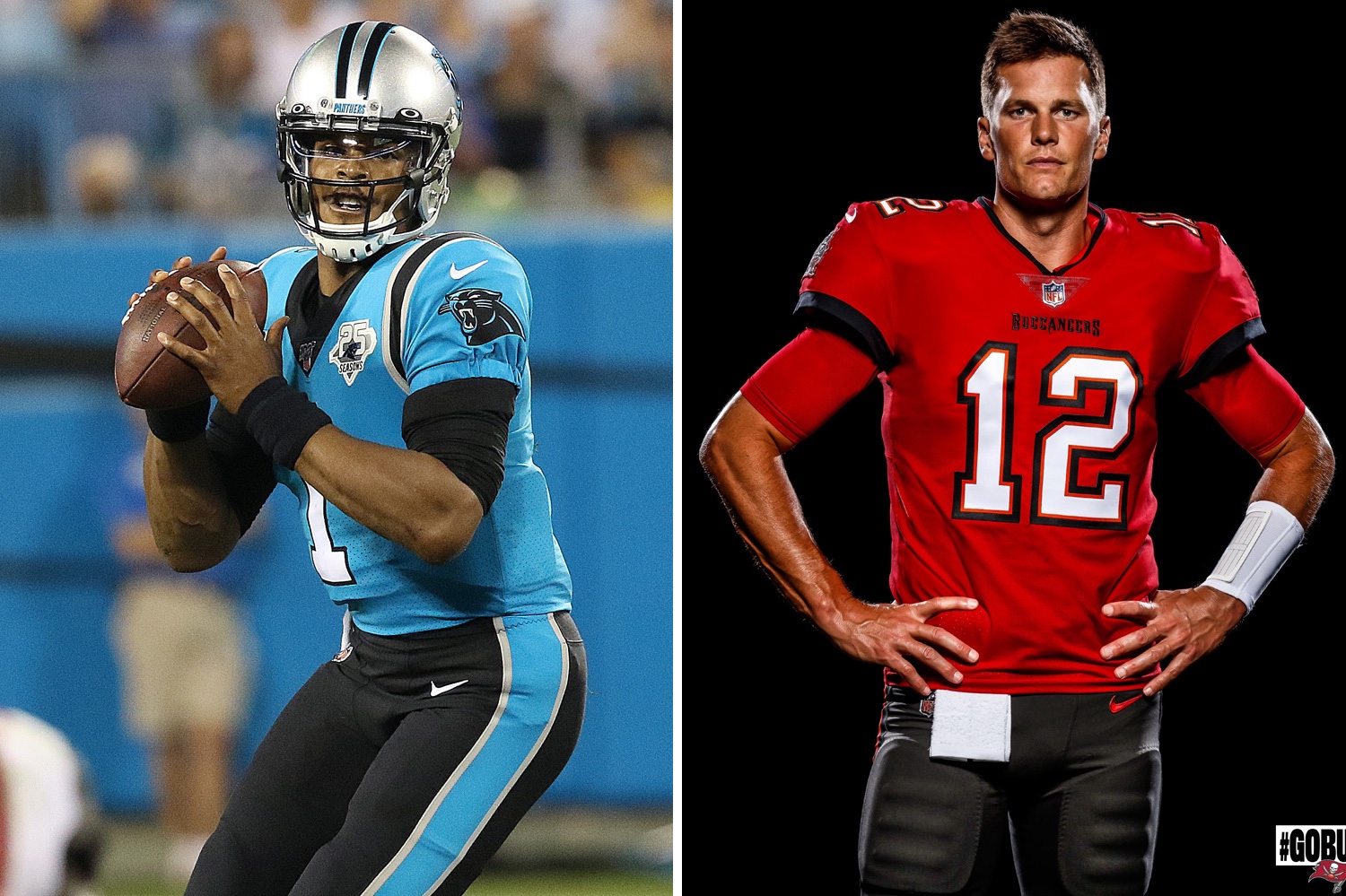 The 2020 Patriots as constituted are better off with Cam Newton as their quarterback.

Tom Brady is the greatest quarterback of all time.

Tom Brady will always be better than Cam Newton.

Tom Brady deserves a statue outside Gillette Stadium as soon as he retires.

Tom Brady will forever be the greatest athlete in Boston history.

Having said all that, the way this Patriots roster is currently constructed and when you look at where Brady and the Patriots currently are in their respective situations, Cam Newton is a better fit than Brady would be for the 2020 season down at Gillette.

The most glaring spot for me here is with the young wide receivers. For at least the last two seasons (last year for sure) Brady 100% did not care about the development of the young talent the Pats have at wide receiver. Either you were on his level or you weren’t.

Is that wrong? Of course, but if you look at it from his point of view it sort of makes sense. When he was winning titles guys like Gronkowski , Edelman and Amendola were the definition of dependable in big spots. N’Keal Harry, Jakobi Meyers and Mohamed Sanu simply didn’t have the ability or the time to build that trust in big moments. Brady didn’t want to waste his final days in New England holding young guys’ hands, but that’s where Newton can make a huge difference.

Not only does Newton need to depend on these guys to resurrect his career, but it’s not like he’s that much older than them. Newton’s next contract and success directly correlates to the development of the young guys. We haven’t even touched on the new tight ends Devin Asiasi and Dalton Keene who are going to take some time to get used to the offense, but they’ll be learning WITH Newton instead of getting glared at by Brady for running a bad route or dropping a pass. It’s a lot easier to learn on the fly when the guy throwing you the ball wants you to succeed instead of scolding you for not learning quick enough.

I also think you’ve got to look at the potential speed of this offense too. Brady’s hurry up offense has been something to marvel at for years now, but the dynamic that Newton can bring with all sorts of formations must have Josh McDaniels foaming at the mouth.

You have got to remember that McDaniels drafted Tim Tebow in Denver. Tebow struggled as a staring quarterback in the NFL but he also didn’t have as much athleticism as Newton does and Newton’s arm is a thousand times better than Tebow’s was. McDaniels drafted Tebow for a reason and you’ve got to think that reason way back when was due to the creativity he envisioned he’d be able to use. He may have got the evaluation of the player wrong, but he also was high on Lamar Jackson when he was in the draft as well.

McDaniels has seen his play calling limited to drop backs, screens and shotgun snaps for the last 20 years, so for those that doubt if he’s really a good coach or not, this could be a breakout year of sorts for the offensive coordinator thanks to Newton too. Speed kills and the Patriots now have an element of it that we’ve never seen before.

Is Tom Brady better than Cam Newton? Of course. Will Cam Newton ever be as good as Tom Brady? Probably not.

But, if you look at how this Patriots offense operated the last two years, you’ve got to think that receivers and tight ends won’t be walking on egg shells playing alongside a motivated Newton. Things could and should be more efficient as long as the Patriots build their offense towards his skillset and don’t force him to be Brady 2.0.

The 2020 Patriots will be a better team with Cam Newton under center than they would have been if it was Brady taking the snaps.