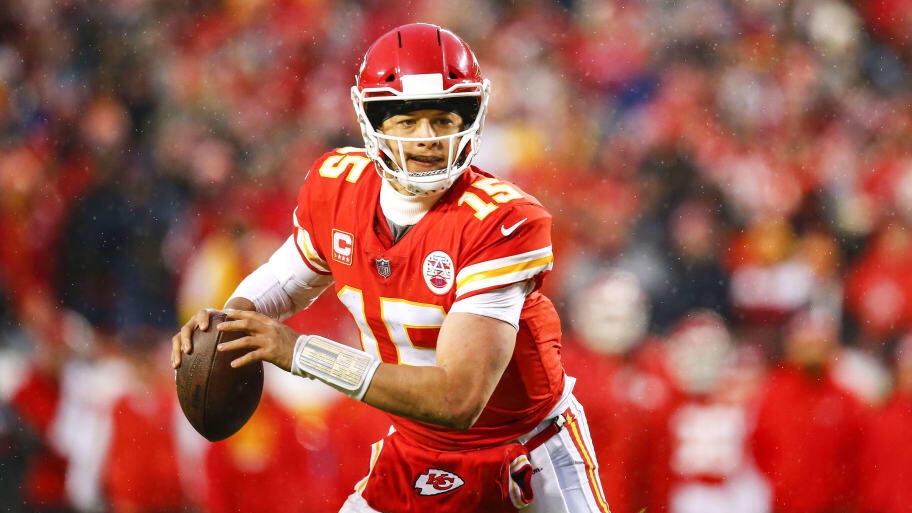 The Super Bowl-winning QB signed a 10-year, $450 million extension that could ultimately turn into $503 million. The most important part of the deal though, is the $141.48 million he will have in injury guarantees.

My first reaction was to laugh. Not because I don’t think Pat Mahomes can’t live up to the contract, but because when the hell have these ultra-long deals ever worked out in any sport?

Now, it’s worth noting that this deal somehow has certain language that doesn’t tie it to the salary cap. That leaves the Chiefs some flexibility in terms of signing talent, but you’ve got to think that the defense and ultimately the talent around Mahomes won’t be able to last very long even if his money doesn’t technically hurt their cap space, that’s simply not how the NFL and roster building works.

But, back to my original point. If you look at long term contracts in various sports throughout the years, more often than not they’re quite laughable.

Most recently Mike Trout (12 years, $430 million) and Bryce Harper (13 years, $330 million) were the largest in American sports. Trout seems like he’s more capable of playing out his entire contract and being worth it much more than Harper does, but either one doesn’t seem like it’ll go the distance before ultimately being restructured. The same can probably be said for Mahomes deal. Within about five years I’m sure we’ll be hearing that there is an opt out coming or restructuring is being talked about, it’s just not sustainable.

The biggest bust of a contract with that kind of length on it that came to mind when I heard about this one on Monday was Rick DiPietro. DiPietro signed a deal with the NewYork Islanders of the NHL in 2006 for 15 years and 67.5 million. Of course these days the money is nothing, but these double-digit year contracts never work out really. The Islanders ultimately bought him out in 2013. The Islanders are STILL paying him $1.5 million per year until 2029. 2029!

How about the infamous Bobby Bonilla contract? Bonilla has not played a professional baseball game since 2001, yet every July 1st until 2035 (yes, 2035…) the New York Mets are in the hole for $1.19 million. Are the Chiefs headed down this same path?

Well, yes and no. Pat Mahomes is clearly a once-in-a-generation talent unlike the two guys I just mentioned above. His play on the field and ability to be one of the new faces of the NFL has a ton of appeal and will earn the Chiefs advertising dollars and merchandise sales that could never be duplicated, but it’s also going to eventually hurt their ability to build a team whether it actually counts against their cap or not.

Jealously is a hell of a drug, and while everything is all rainbows and butterflies in the Chiefs Kingdom right now, that’s not going to last. Guys are going to want to get theirs and when the Chiefs can’t give it to them it’s going to get ugly.

This early honeymoon phase of sorts for the Chiefs and Mahomes is all well and good. The extension looks and sounds like a perfect marriage for now, but what if the next two years the Chiefs are 10-6, 9-7 and miss the playoffs? What if teams start to find better ways to defend Mahomes? Fans are going to quickly forget about that Super Bowl and instead ask that famous question when you’re the highest paid North American athlete: what have you done for me lately?

The Chiefs made a smart move today, but  let’s pump the brakes and take a look at this deal in four or five years and see if he’s still worth all of those years and money. As we always hear, the NFL is a business, and right now the Chiefs just put their entire business plan for the next decade on the shoulders of a guy who has one ring and could be one play away from disaster at any time.