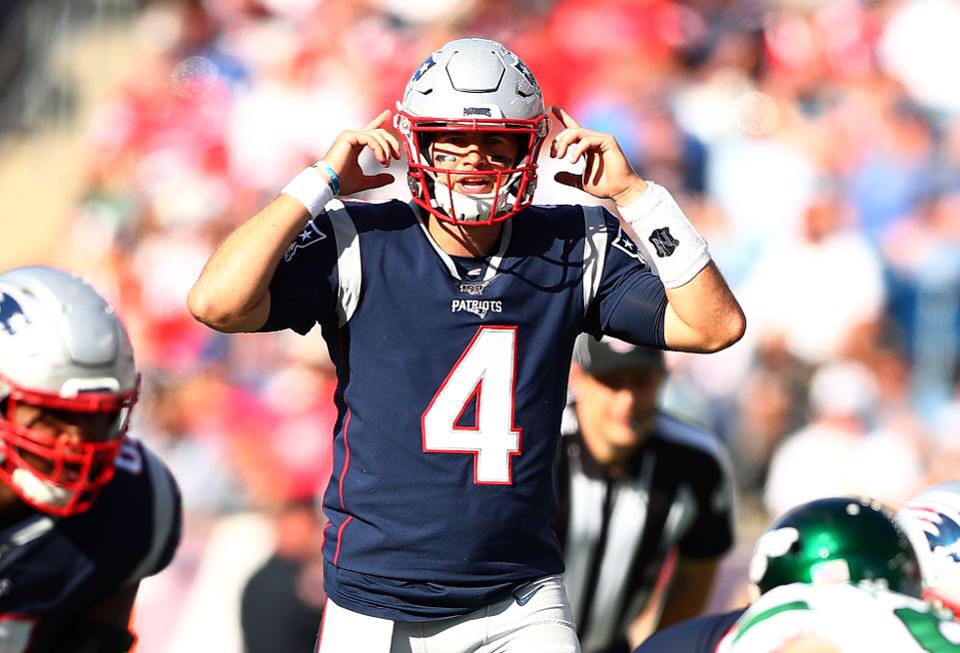 With the NFL announcing last week that they are reducing the number of pre-season games from four games to two, I couldn’t help but wonder what that will do to the development of Jarrett Stidham and the indoctrination of Cam Newton into the Patriots system.

On the surface, it is easy to applaud the move to go to two pre-season games but there will be ramifications. It will impact quarterbacks around the league the most.

Quarterbacks in general need more time to get on the same page with the skill group they are working with. Regardless if they are returning to their team or playing on a new team, they need time to master the new plays, concepts and verbiage that are being installed by the offensive staff.

Newton and Stidham would therefore be at a disadvantage because they wouldn’t get the game reps necessary to get comfortable with running the offense. So while it’s nice that the NFL figured out that less is more with the pre-season, it could have a negative affect on the Patriots. At least to start the season anyway.

The one quarterback on the roster that might not be affected by a shorter pre-season is Brian Hoyer. Hoyer knows the system and has experience working with Josh McDaniels. Stidham has worked with McDaniels but obviously not as long as Hoyer has. Newton probably knows of McDaniels but aside from exchanging pre and post game pleasantries, he doesn’t him.

Pre-season aside, this has been a tough off-season in general because of COVID-19. No OTA’s and no mini camps have teams already behind the eight ball. A shortened pre-season will make things even tougher for Tom Brady’s successors.