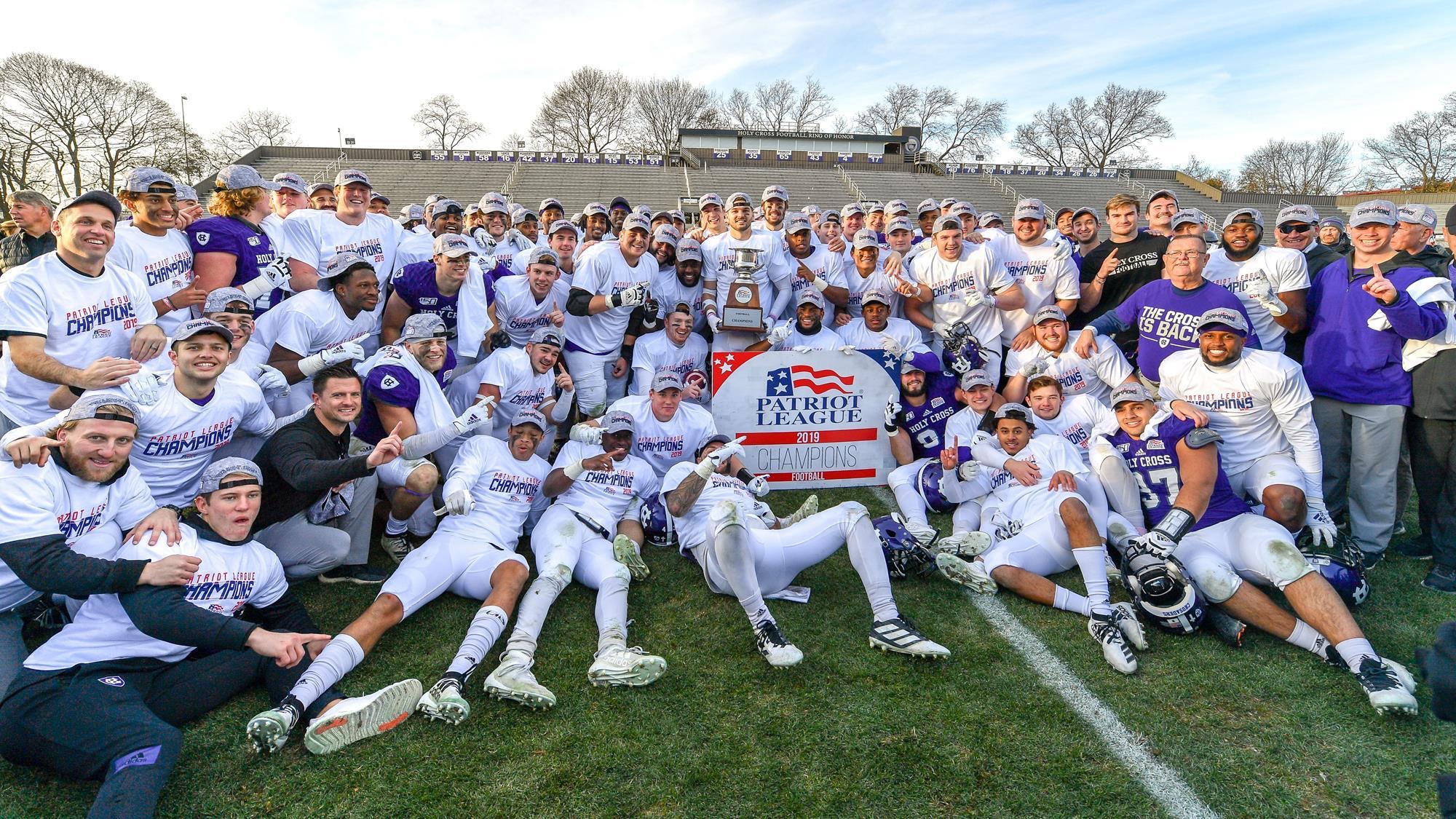 Another day and some more bad news for the prospect of football this fall.

On Monday morning the Patriot League released a statement from their Council of Presidents cancelling fall sports for the 2020 season. The statement read as follows:

“Recognizing the global COVID-19 pandemic continues to present significant challenges to our campuses and communities, the Patriot League Council of Presidents announces the following decisions regarding Patriot League competition:

-Patriot League teams will not engage in competition in the fall season (championship and non-championship);

-Decisions surrounding winter and spring sport competition will be made at a later date, and,

-The opportunity for conditioning, strength training and other practice opportunities in all sports will be permitted provided health and safety conditions support such activities.”

This of course comes as crushing news for the Holy Cross football program. The Crusaders were picked as the Patriot League preseason favorite to win the conference by “Hero Sports”. In 2019 HC went just 7-6 overall but won the league title with a 5-1 record. The Crusaders appeared in the subdivision playoff format and most importantly had a ridiculous 15 starters set to return this year. Six of the players returning also had earned All-Patriot League honors during last year’s campaign as well.

The idea of playing in the spring is still a realistic possibility, but is it? Think about guys who play a winter or spring sport on top of their football careers. Maybe places like Alabama, Clemson, Ohio State and other big time schools don’t have to worry about that because it’s football or nothing, but for guys at schools like Holy Cross football may not be their only athletic endeavor. Guys will now need to make decisions not only about football but about other interests as well.

Spring football could technically work, but is that really the solution? You’re never going to get the entire conference – especially the military schools – to agree on a perfect “return to play” format this spring. Spring coaches will also be LIVID if football ends up taking over their respective sports. This somewhat premature decision damages recruiting not just in football but for other sports as well.

It’s truly a nightmare scenario right now for many of the smaller, less-often-thought-about college football programs around the country and it seems like this is just the tip of the iceberg as more conferences shut things down seemingly daily. Your ACC’s, SEC’s, Big Ten’s and Pac 12’s of the world are going to be able to navigate this and not really have much change, but for conferences like the Patriot League this is going to have a trickle down effect for god knows how long.

Locally, Boston College will always be at the top of the heap in terms of attention around here – and that’s not to say they get very much of it – but for UMASS, Holy Cross, UNH, Harvard and many more, a fall season gives you the opportunity to make a name for yourself. Are people truly going to pay the same amount of attention on the sport if it’s played in March, April and May? Lacrosse and baseball coaches are certainly going to have something to say about it. Season ticket packages at all those schools are bound to suffer as well, and the change in the calendar isn’t going to fix that. If anything the warmer weather may drive people away from football games and back out to the bars or lacrosse and baseball games, it’s the routine that we’re all used to.

There’s something about tailgating in the fall or watching a team fight for a postseason berth around Thanksgiving that’s just special. That intrigue is now possibly gone if that push is being made in the middle of a 75-degree day in May.

As football programs continue to see their fall season fall victim to COVID, it’s hard to comprehend just how much damage these early decisions are doing to the smaller programs in the long run.