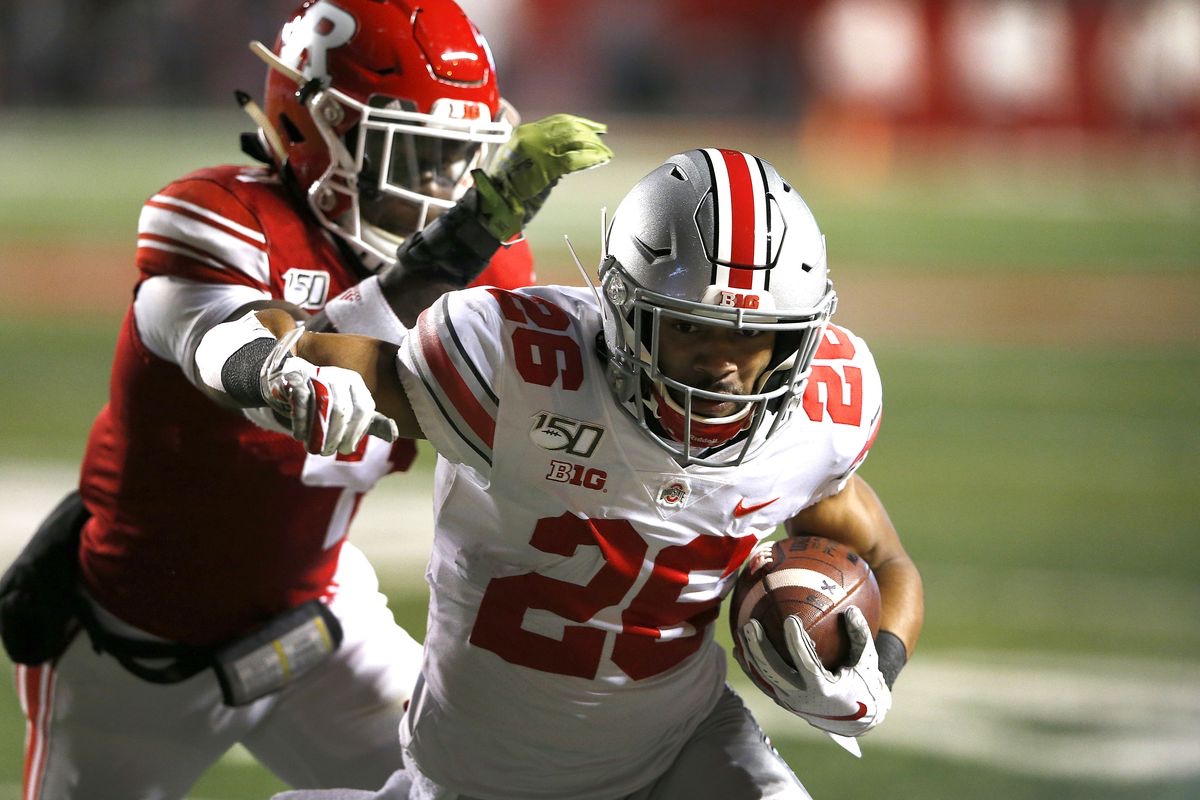 New Boston College offensive coordinator Frank Cignetti Jr. is going to have plenty of toys to play with while devising game plans this fall.

With David Bailey in the backfield, Zay Flowers and Kobay White at wide receiver as well as Hunter Long at tight end, Cignetti already had plenty to work with. However, recent Ohio State transfer receiver Jaelen Gill got word he would be immediately eligible for the Eagles this year and now has three years of eligibility.

Gill has plenty of experience lining up in the backfield as a high school running back, which just gives Cignetti another dynamic skill player to play around with and plenty of speed at his disposal. The only question now is whether it will be Phil Jurkovec or Dennis Grosel under center. Either way, the BC offense could be as explosive as its been in quite some time this season.

On Wednesday afternoon Gill met the media via Zoom to talk about the process and why he chose BC.

The most important thing that came out of the meeting (in my opinion) was how much the Jeff Hafley affect played into bringing the talented wideout here. It might be the first true example of Hafley and his staff simply out performing other programs in terms of recruitment.

“I had some conversations with Florida, I had some conversations with North Carolina, I also spoke with Pitt, USC, Baylor – they were a big one as well,” Gill said when asked what other teams reached out to him while in the transfer portal. Picking Boston College over programs like Baylor or Florida is not something you expect to see every day, but the prior relationship with coach Hafley helped immensely.

Hafley was obviously on the defensive side of the ball while the two of them were at Ohio State, but he was one of the first people to reach out to Gill once he entered the portal.

“I already had a close relationship with coach Hafley,” Gill said. “He came up to me during spring ball last year and would just tell me all the time how much he thought of me and that he thought I could be a really good player. Once I decided to look elsewhere he was one of – if not the first – coach to reach out to me. So I already knew whatever he was saying to me was stand up and honest.

“Coach Hafley just really tried to make sure I knew I’d be taken care of. Going to a new school, you don’t know exactly what you’re gettin into, it’s a whole new set of coaches, but coming here I felt really comfortable with my previous relationship with coach Hafley. He just kind of emphasized how much they’ll take care of me with whatever goes wrong. They’ll have my back at the end of the day and tomorrow’s not promised. You never know with injuries or whatever, so that was really good to hear that.”

Gill grew up just 15 minutes from Ohio State and had made a promise to his late grandfather that he would play and be successful as a Buckeye, which made the transfer that much harder of a decision.

“My last conversation with my grandfather before he passed I had told him I was coming to Ohio State and he was a big Ohio State fan,” Gill explained. “As my time went on at Ohio State, I felt it was the best decision for me and my family to look elsewhere. It was definitely difficult and it was weighing on me because I did tell my grandfather I’d be playing for Ohio State and that I’d make him proud being a Buckeye, but I felt that he would understand and want me to do what’s best for myself and my family.”

Now that Gill is getting adjusted to life at the Heights, the new offensive weapon at Boston College is ready to show what he can do while helping the Eagles make a statement of their own.

“I believe I can play anywhere on the field. Slot, out wide, wherever the coaches need me I’m going to play,” he said. “For me, it’s not about proving anybody wrong, it’s about trying to prove myself and my close ones around me right. I have a lot of faith in myself. My family and friends all have a lot of faith in me, so I’ve always believed I can make a real impact in whatever role I have, whatever role the coaches give me I feel like I can change the game at any point. So, I feel like Boston College was a good fit for that reason.

From a scheme standpoint, Gill gives the Eagles a dynamic piece that offensive coordinator Frank Cignetti will utilize in a myriad of ways. At 6-0 187, Gill has good size. He can be used as a running back, slot or line up as the X receiver on the back side of a formation.

Teams are looking more and more for three down skill players that are explosive and can be used as runners and receivers ala Deebo Samuel. Gill could fill that role here. He has the size and the skill set necessary to become one of the best play makers in the ACC.

Boston College landing Gill is a big time addition for the program. A move that will pay immediate dividends. As Kevin mentioned, Gill still has three years of eligibility left which means he can be a centerpiece for the offense for years to come.