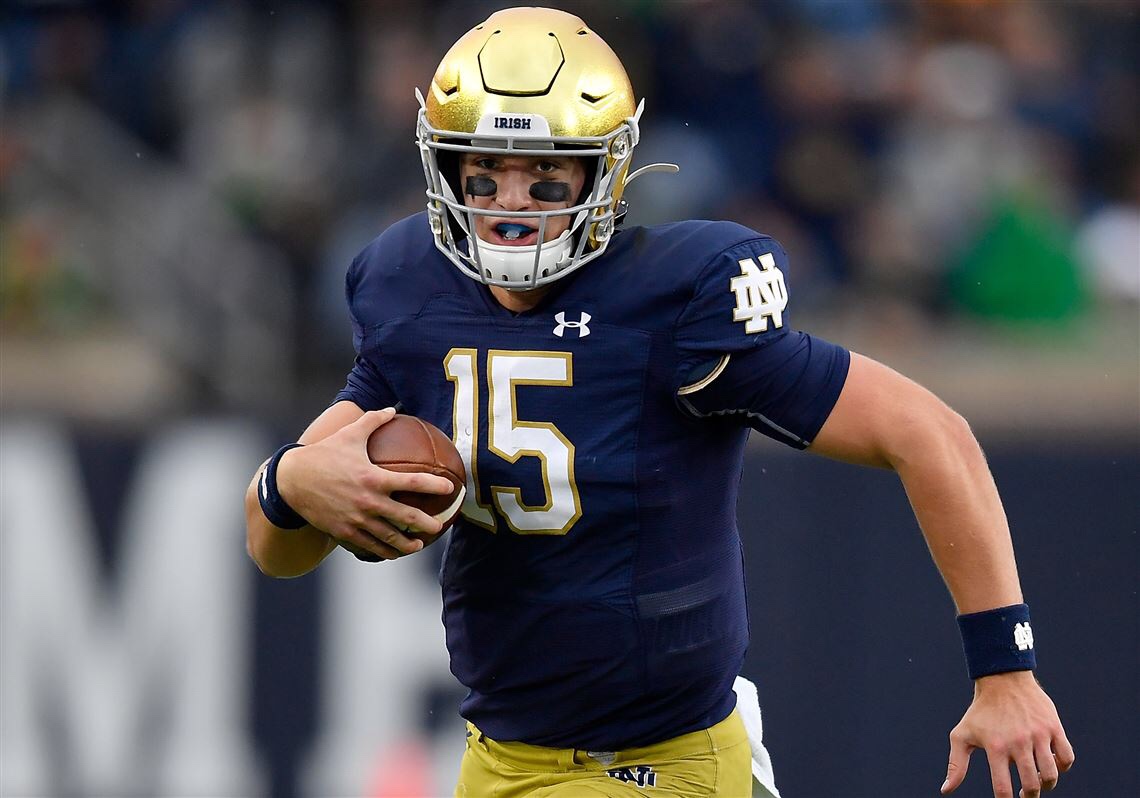 While the Boston College football season is still very much in question – as is the rest of the NCAA’s football future – one guy in particular is being forced to sit and wait with far too much uncertainty.

Quarterback Phil Jurkovec is still waiting to hear from the NCAA regarding his waiver after transferring from Notre Dame in January. As the days tick down towards a potential season, the way the NCAA has dragged their feet on this is utterly embarrassing. One Eagles fan and former women’s soccer player named Deidre Decker has taken to Twitter to try and help Jurkovec out with a #FreeJurk hashtag.

The “movement” started this past weekend and has continued as there have been tons of people using the hashtag in support of Jurkovec. As if student athletes didn’t have enough to worry about these days, it’s appalling that the waiver process has taken this long, but I guess when it comes to the NCAA no one should be surprised at displays of incompetence.

“I was a four-year starter on the BC Women’s Soccer Team in the mid-90s and my husband and I live in Greenville, SC and have season tickets to Clemson Football games since he is a Tiger Alum,” Decker explained via email on Monday afternoon. “We’ve all been waiting to hear on Phil Jurkovec’s waiver since he transferred from Notre Dame back in January and enrolled in classes for BC’s second semester.”

There was quite a bit of buzz around Jurkovec’s arrival when it first happened, and with the addition of Jaelen Gill – who was granted immediate eligibility from Ohio State – those waiting to see what this offense can do had even more reason to be excited.

“About a week and a half ago or so, Jaelen announced on Twitter that he received a waiver from the NCAA and is eligible to play this season. Reading that news, I was ecstatic,” Decker said. “He thanked Coach Hafley and also his former head coach, Ryan Day. So exciting! But then I thought: what about Jurkovec’s waiver? He’s been waiting since January,”

That’s when Decker jumped into action.

“That’s when I started a tweet storm with the #FreeJurk hashtag,” she said. “It seems the NCAA has a double-standard. Many football players that have transferred from other schools in May and June have been granted waivers as well. I don’t know if Notre Dame is somehow holding Phil’s waiver up….or if it is something else, but I feel it isn’t fair to him. If I were in his shoes, I would want someone to speak up for me.”

Of course, as a former Division 1 athlete at The Heights, Decker knows what she’s talking about in terms of wanting a fair process during all of this. It helped immensely when the popular Barstool site hopped on board the hashtag train as well.

“The hashtag #FreeJurk blew up when Barstool BC picked it up and starting tweeting as well,” Decker said. “It had started off with me and some of my friends on Twitter trying to get the word out. I would add memes I created to my tweets to get people to notice them even more.”

The hashtag even reached Clemson as Jurkovec is now receiving support from the ACC rival as well…sort of.

“I also have to thank the local sports station in Greenville and Clemson, SC, 105.5 The Roar and their host of “Road Rage”, Walt Deptula, for speaking up about Jurkovec’s situation, too,” Decker said. I’d also like to add. quick editorial note here saying that the fact there isn’t a radio show called “Road Rage” in this state is quite possibly the biggest wasted opportunity in New England Media history, but that’s a story for a different day.

On Monday afternoon the ACC Network spoke about the #FreeJurk movement on “Packer and Durham” as well when they had Mark Herzlich on for an interview.

Decker and many others will continue the movement until a decision is reached. If Jurkovec isn’t given his waiver, the NCAA will have just a couple angry fans on their hands, and rightfully so.

“I’ve been tweeting multiple sports media personalities to try and get Phil’s story out there. I’m hoping that the NCAA does the right thing and grant him an immediate waiver to play this year. #FreeJurk!!” Decker added.