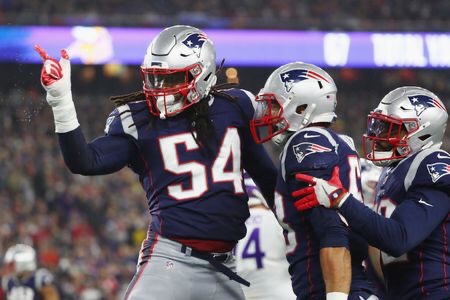 Linebacker Dont’a Hightower opting out of the 2020 season is a huge blow to the Patriots defense.

Those plans however have taken a major hit in the last 12 hours with the announcement that right tackle Marcus Cannon and linebacker Dont’a Hightower have both opted out of the 2020 season due to concerns over COVID-19.

Running back Brandon Bolden, fullback Danny Vitale and offensive lineman Najee Toran have also opted out of playing this season.

In the case of Cannon and Hightower, you cannot blame them. Cannon is a cancer survivor while Hightower recently became a father. The risks outweigh the benefits in their cases.

The Patriots will now have roughly $24 million to spend as a result of the opt outs so it will be interesting to see how Bill Belichick uses it. If he uses the money at all.

Regardless of how you look at it, Belichick and his revamped coaching staff have two huge holes to fill. Hightower especially is a huge loss. The linebacking corp was already depleted after Kyle Van Noy and Jaime Collins departed in free agency. New England will now have three new starters on the second level of their defense.

I don’t doubt Belichick and his staff’s ability to adjust on the fly but this will be a challenging season in Foxboro. It might not be the Chiefs or the Ravens that derail the Patriots but rather COVID-19.