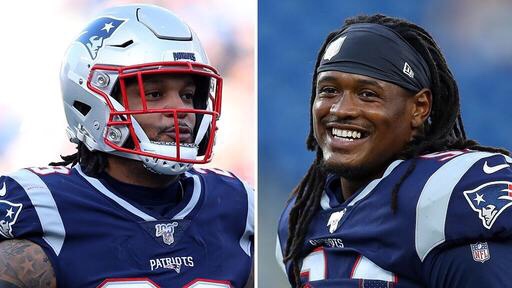 Six Patriots players decided to opt out of the 2020 season yesterday due to COVID-19. Now that the dust has settled a little bit, the question is. How will the Patriots replace them?

We don’t know if Bill Belichick is going to use the $24 million he now has in cap space. Chances are, he will roll most of the cap space into next season. If he does that, that means he has confidence in the depth that is currently on the roster.

Assuming the Patriots stand pat, here are some internal candidates that could replace the the six players who opted out.

Thoughts: The Patriots will more than likely try to replace Cannon in house. Cajuste is the most likely candidate to get the first shot at replacing him. Cajuste missed his rookie season due to injury but he will now have an opportunity to prove that he can be a potential replacement for Cannon. Cannon still has two years left on his deal but he could be a potential cap causality down the road.

Rookie Justin Herron will also get a chance to start at right tackle. The sixth round pick will get a lot of reps and will have every opportunity to be the guy to fill Cannon’s shoes.

If Cajuste and Herron struggle, veteran Korey Cunningham will also have a shot at starting. Cunningham started in Arizona previously.

Thoughts: I put Shilque Calhoun on the list but the reality is, the Patriots could have two rookies starting opposite third year middle linebacker JaWhaun Bentley.

It’s hard to believe that a year ago the Patriots linebacking corp consisted of Hightower, Kyle Van Noy, Elandon Roberts and Jaime Collins. All of them are gone now so the onus will be on two of these rookies to step up.

Belichick focused on the position in this draft so the Patriots have plenty of depth but it is young, unproven depth. Uche, Jennings and Harris are all talented but there will be growing pains.

One thing to remember is, the Patriots are in nickel or dime roughly 60% of the time so that will take some of the pressure off of these young linebackers.

Thoughts: Belichick did a good job of beefing up the safety position this off-season by signing Phillips and drafting Dugger. As a result, the Patriots are well positioned to replace Chung.

Brooks and Davis offer experienced depth and could be key contributors on special teams.

Replacing Chung’s versatility will be tough but the Patriots are well positioned to survive without him this season.

Phillips is a versatile three level safety. He’s not a match up safety like Chung but he can do some of the same things. Getting Dugger more reps and playing time will greatly benefit him and the organization moving forward.

Losing three key starters like Cannon, Hightower and Chung is a big blow for the Patriots but there depth is better than you think. The only issue is, the depth is young and that could be a problem given the Patriots schedule.