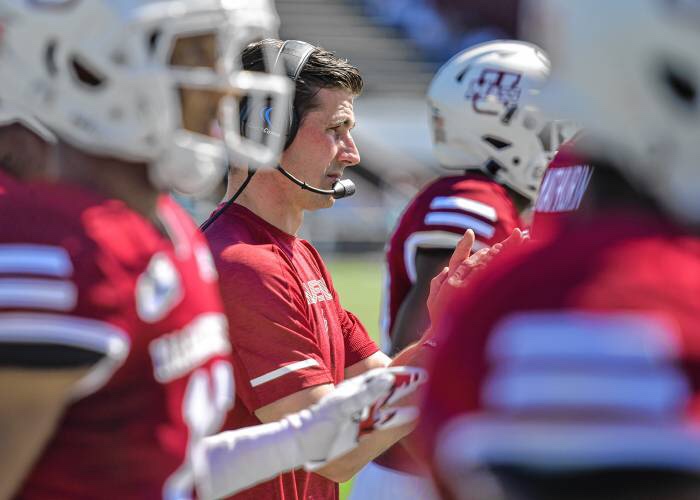 As of today, UMass must find replacements for UConn who is not playing for his season. Albany and Auburn. Losing the Auburn game cost the Minutemen $1.9 million dollars.

For now, the focus for Head Coach Walt Bell and his staff is improvement. The Minutemen were one of the worst programs in the country last season finishing 1-11. They really struggled defensively, especially up front. Bell and his staff really focused on fortifying the defensive line in recruiting this off’-season. The Minutemen will be young along the front seven but they should be better.

The secondary loses cornerback Isaiah Rodgers who was drafted by the Indianapolis Colts in the sixth round of April’s draft. They also lose defensive coordinator and defensive backs coach Aazaar Abdul Rahim who left for Boston College. Despite the loses, the Minutemen have some young and talented players to work with in the secondary. Most notably Te’Rai Powell and Osei Dixon, both freshmen.

Offensively, Bell would like to avoid the quarterback carousel the team was on last season. Newcomers Kyle Lindquist and Zamar Wise will challenge Andrew Brito for the starting quarterback job. Lundquist and Wise are both highly decorated and both appear to be very good fits in Bell’s uptempo spread offense.

Regardless of who the quarterback is, they will have a good skill group to work with. Samuel Emilus and Zak Simon return at receiver and there is some good young talent behind them. The Minutemen running game will be spearheaded by Jared Martino and transfers Cam Roberson and Ellis Merriweather.

There is so much uncertainty with this season but assuming the Minutemen play, there will be a improvement.

The Minutemen are still a young team relatively speaking so there will still be growing pains. Bell and his staff have done a terrific job on the recruiting trail so talent is on the way. The faithful will have to be patient.