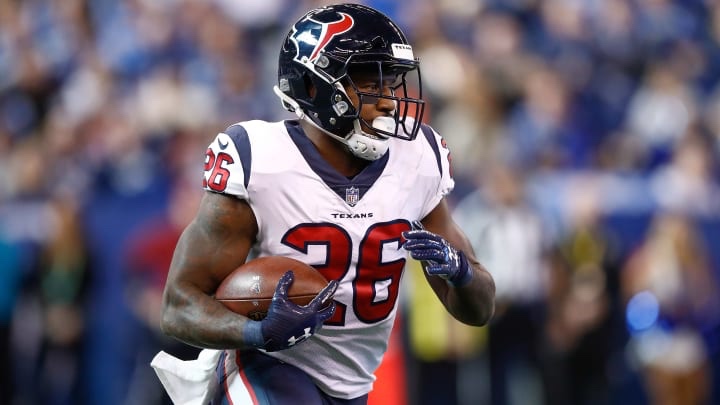 The Patriots signed former Dolphins and Texans running Lamar Miller yesterday. The Patriots had an available roster spot thanks to last week’s opt outs and they used one of those spots on the veteran Miller.

The signing is an indication that the organization might have concerns about the availability of Sony Michel to start the season. Michel had foot surgery this off-season.

On paper, Miller is a good fit. He is a three down back who can catch the football out of the backfield and he is solid as a pass blocker.

At this point in his career, Miller is ideally suited to be a change of pace back in a time share. He will complement Rex Burkhead, Damien Harris and James White well.

Miller is consistent and he doesn’t put the ball on the ground. That along with the versatility he offers made him an ideal fit for the Patriots. It will be interesting to see what his role will be.