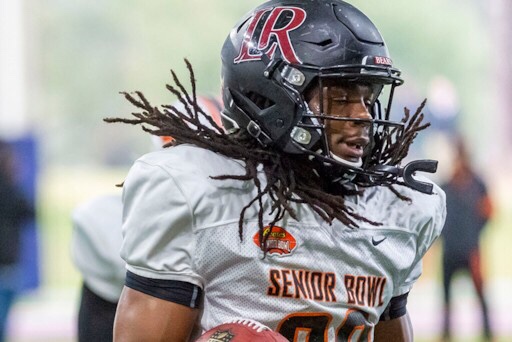 Patriots fans rolled their eyes in April’s draft when Bill Belichick traded out of the first round and drafted safety Kyle Duggar in the second round the following night.

Fans not only wondered why the team would draft a safety when the team was already deep at the position, they also wondered how a Division II player from Lenoir-Rhyne could help their team in the short term?

Well, thanks to several key veterans opting out on the defensive side of the of the ball, we are finding out.

Duggar has stolen the show this week in training camp. As soon as the pads went, Duggar elevated his play.

Duggar’s ball skills have been in full display this week as he picked off Jarrett Stidham and Cam Newton in skelly (7 on 7) on Tuesday. He picked off Newton in the red zone yesterday.

There is no question the skill set is there and with his size (6-2 220), Duggar could be a three level chess piece that the Belichick’s do different things with schematically.

The Patriots will need their rookie class to play a big role on this year’s team, especially on defense. Duggar is making a favorable impression and making both the team and the fans feel a little better about life without Dont’a Hightower and Patrick Chung.