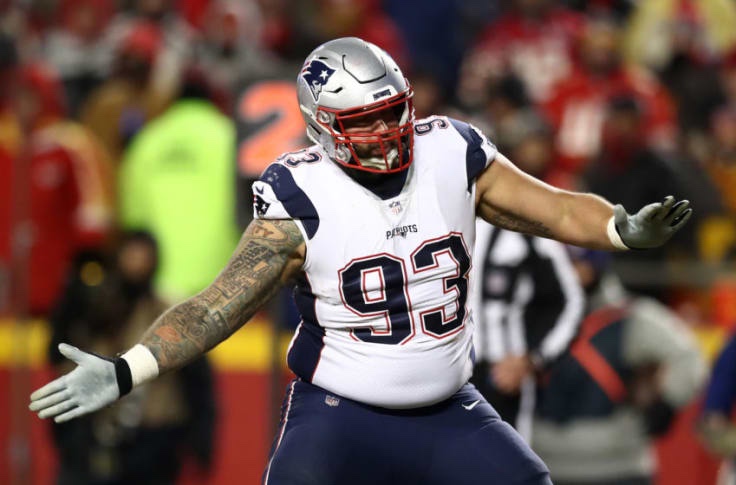 Back to our regularly scheduled NFL programing.

Last week was a wild one with so much uncertainty surrounding college football, which in turn made us put our Patriots’ position previews on hold. Never fear though, they’re back and today we take a quick look at the defensive line.

While the quarterbacks, wide receivers and tight ends are still the biggest questions on this team, this defensive line – while experienced – has some big question marks of its own.

Lawrence Guy (6’4, 315 lbs. Arizona State): Guy might be the most sure thing on the line right now. Guy is an eight-year veteran who has been here for what will be his fourth season. In terms of sacks last season, it was actually Guy’s second highest total (3) behind a 4.5 sack year in 2015 with Baltimore.

Deatrich Wise Jr. (6’5, 275 lbs. Arkansas): Feels like a poop or get off the pot type of year for Wise Jr. Wise Jr. was a fourth-round pick in 2017 but there’s never been that “holy cow” moment from him. What’s weird about Wise’s career is the fact that his sack numbers are pretty good (5, 4.5 & 2 last season), but it’s never really felt like he’s made that huge of an impact, or at least not nearly as big as was expected when he was drafted.

John Simon (6’2, 260 lbs. Ohio State) Simon has been a nice addition since coming here in 2018. Simon is entering his eighth year in the league, and that type of veteran presence is going to be so valuable with such a young roster this season. Simon had two sacks in 2018 and four last season. Simon has also added 146 solo tackles. For a team that’s very unsure of its linebacking core this season, guys like Simon up front and the ability to get to the QB are going to be crucial – even more so than normal –  to the defense’s success this season.

Derek Rivers (6’5, 250lbs. Youngstown State) A third rounder in 2018, Rivers is in the same spot as Wise right now. After missing last season, Rivers needs to do much better than his six-game, one-sack, two-tackle performance his rookie year. Belichick has wasted quite a bit of draft capital over the last few seasons, and this one feels like his biggest bust of them all on the defensive side of things.

Chase Winovich (6’3, 250 lbs. Michigan) Wincovich should be the guy fans are most excited about. I personally believe he’s more of a linebacker, but the 77th overall pick in the 2019 draft had an impressive rookie campaign. Winovich had 5.5 sacks and 17 solo tackles last year. Most importantly though, Winovich showed a “psycho factor” that we haven’t seen much of on this Pats defense since Rodney Harrison back in the day. There’s a real “football guy” vibe that emanates from Winovich and that could be huge this year with so much inexperience.

There’s isn’t a Ted Washington or Vince Wilfork type guy on this line anymore, but there is one guy who may be able to provide that giant missing puzzle piece. There is also quite a bit of athleticism in this group too. It’ll be interesting to see who ultimately steps up in this group or if anymore names are added  before the games kick off in three weeks.

Beau Allen (6’3, 327 lbs. Wisconsin) If you don’t know the name you might soon. I just said there’s no more giant Ted Washington or Vince Wilfork type guys here, but Allen can surely fit that role. This giant of a human was drafted by Philadelphia in the seventh round in 2014 and has played in 90 career games. Allen has just 2.5 career sacks between stops in Philly and Tampa Bay, which should lead you to believe he’s here to plug the middle of the line in the run game and not necessarily get to the QB. If nothing else, another veteran presence in that locker room can’t hurt. I men, who’s going to piss off a guy who’s 327 lbs?

Adam Butler (6’3, 300 lbs. Vanderbilt) Butler has been a nice little piece (yes I know 300 lbs. dudes aren’t little) since joining the Patriots in 2017. Butler has 11 career sacks including six of them last season to go along with 17 solo tackles. Butler seems to have the trust of Belichick and his staff so he should be one of your mainstays on the line this season.

Byron Cowart (6’3, 300 lbs. Maryland) Cowart is an interesting piece. He was drafted in the fifth round last year but didn’t really make a big impact. Coward had just three total tackles (1 solo) last year and played in just five games. Feels like he could be on the outside looking in very early unless he’s able to show off some stuff on tape in the first few weeks.

These are the names you should be paying close attention to when trying to figure out who the Pats can rely on up front defensively this season. With that being said, it feels like Belichick always finds a guy in the woodwork to come to Foxborough and find a role on this team too.

But, for now, it’s just one of many positions with a huge question mark hovering above it for New England.