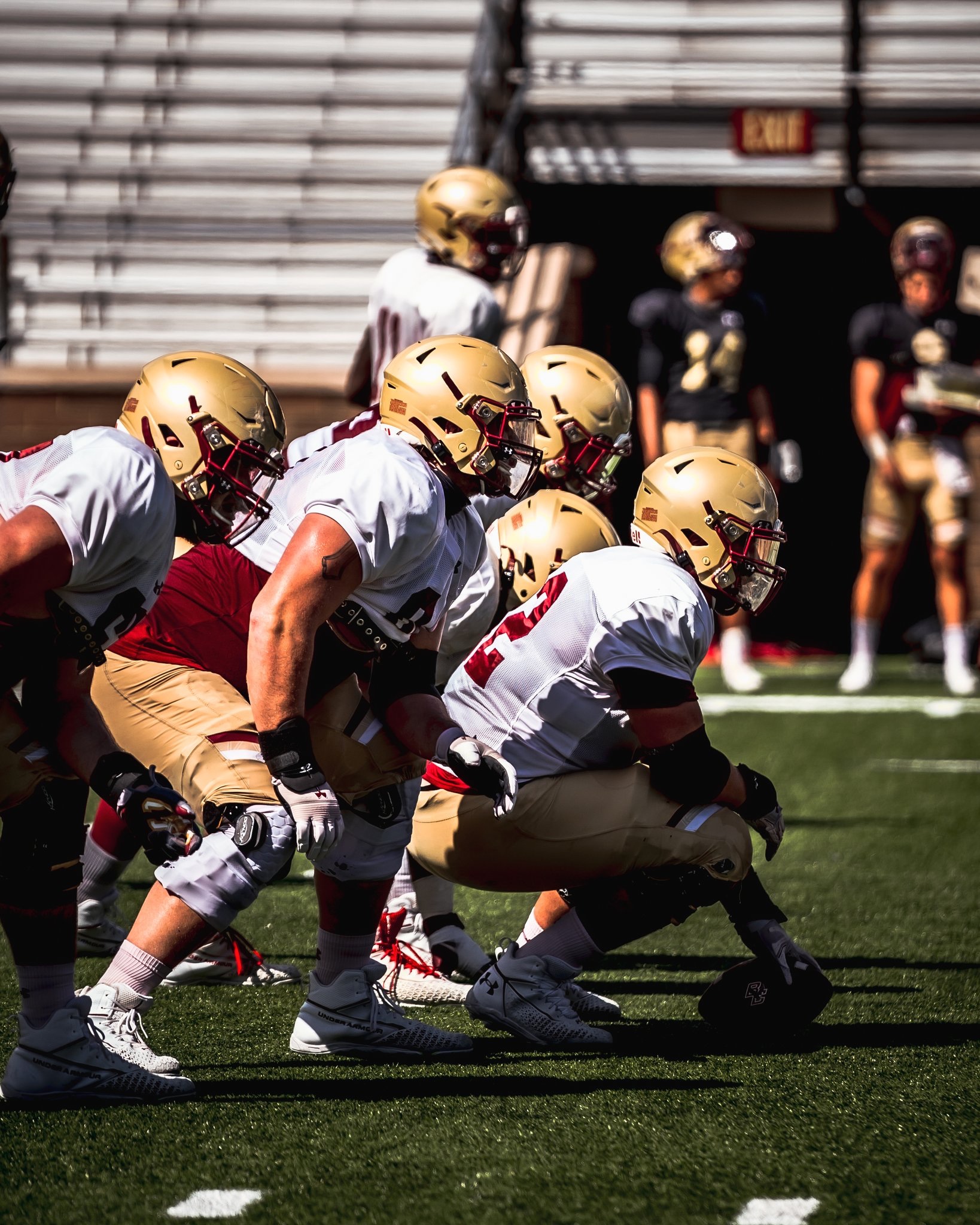 On Wednesday, Max Richardson and Phil Jurkovec spoke to the media regarding the social injustice issues currently taking place in our world.

On Thursday, the Eagles did more than talk, opting to not practice, but, instead they chose to hold team meetings and discussions on how to further educate one another. Those discussions got emotional as players and coaches talked about living in fear as well as some past experiences.

Friday was the final day of camp, and now as players have a bit of a break from football before ramping up for this unprecedented season, it’s clear that the X’s and O’s are low on the priority list at this point in time.

“When (the Jacob Blake shooting) happened – it’s a terrible tragedy by the way – but our leadership council shot some texts messages back and forth,” Richardson said on Wednesday. “We said every position group has to be aware of this. So, when we went into our lunch and our team dinner (Tuesday), every table we sat down at we made note to say ‘hey did you guys see what happened in Wisconsin the other day?’ to have that conversation because although we’e in camp and our job is to wake up and play football every day, we need to be aware of what’s going on.

“We need to know there are things going on in this country that aren’t right. It’s not political and it has nothing to do with the election, this is a difference between right and wrong. I’m hoping all 120 guys on our team have seen the video and are aware and that’s what we’re working for.”

Jurkovec also talked about some of the discussions the team had prior to Thursday’s decision not to practice.

“We didn’t really talk as quarterbacks, but I talked to Max a little bit about it at lunch,” he said. “Max and Kobay (White) were talking about it, and honestly it’s just nuts that anything like that can happen. We’re all against that and honestly, in camp I haven’t been reading or seeing a lot of the news, but if you saw that video and that doesn’t outrage you then there’s something wrong with you. It’s messed up, and we’re still continuing to talk and hopefully we can create change with our voice as well.”

On Thursday, Coach Hafley was the only one to speak to the media following the cancellation of practice. It was the final media availability of camp as no one spoke Friday. Thursday’s session was plenty though, as Hafley made an impassioned speech regarding the current issues in this country.

“I do believe we had some really great conversations (Thursday) because things do need to change. There’s too much hate and there needs to be more love and it’s sad. I’m very, very proud of our football team and our coaching staff.”

Hafley also touched on the fact that Boston College now has one of the most diverse staffs in the country, and that wasn’t planned. Hafley simply wanted some of his favorite people around him to help build something at The Heights, a lesson everyone can learn from.

“I can’t say that it would be exactly that way if I hadn’t had the opportunity I’ve had to coach so many great players of different races and different colors and befriend them and these coaches. I mean, look at our coaching staff. Without realizing it, all of the sudden you look up and our staff might be more diverse than most staffs in the country. That wasn’t a conscious decision. I hired some of my best friends and some of the best coaches I’ve had in this business. I do think sports need to be an example. I do think we need to help the best that we can. I need to do a better job because this is ridiculous and it’s sad and it’s disheartening. It’s not what life needs to be about.”