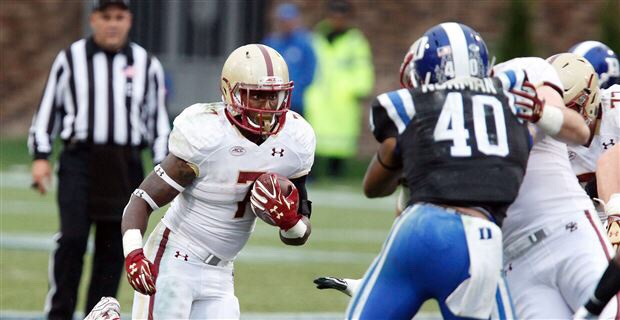 Boston College announced today that their opener against Duke on September 19th will be a noon kickoff. The announcement comes on the heels of the school announcing that they added Texas State as their non-conference home opener for September 26th.

The Eagles wrapped up fall camp last week and are now preparing for Duke and a revamped schedule. A schedule that now features six home games and five away games.

The new schedule could be one of the reasons that several national publications seem to be selling on the Eagles this season. That, a new staff and new faces could also be the reason that some members of the national media see this as a potential down year at the Heights.

Regardless of that, Jeff Hafley and his staff now know who they are playing and when they are playing. They can now begin the game planning process with the opener a little more than three weeks away.

It feels good to know that the Eagles are going to be playing a game now. There is no longer any uncertainty.