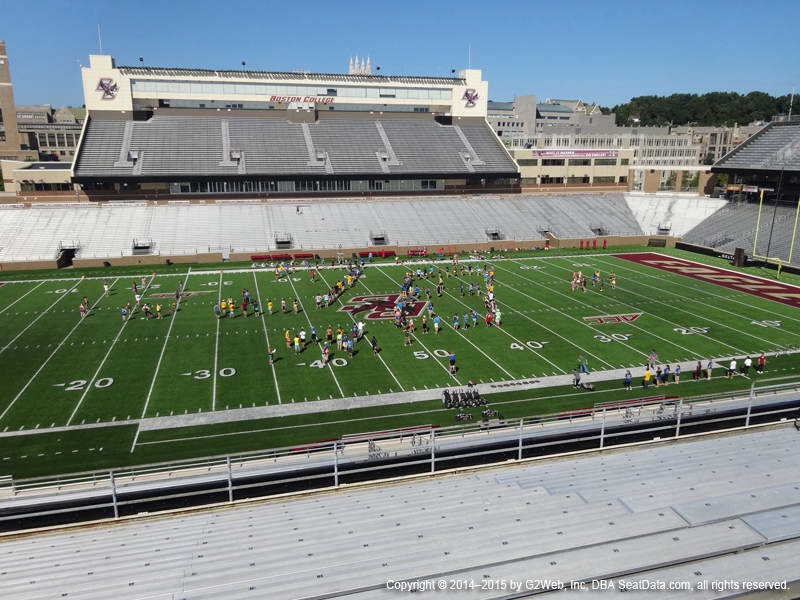 Can you believe we’re finally here?

Just a month ago – August 11th to be exact – the Pac 12 and Big 10 cancelled their football seasons. The decision sent the possibility of a college football season for the entire country into an absolute spiral. The uncertainty that has hovered for the last several weeks has been worrisome, but the first official Saturday full of college football games was underway this weekend.

BC doesn’t kick off for another two weeks, but the Eagles scrimmaged on Saturday morning inside Alumni Stadium. The “ones” got 60 snaps while the “twos” had 54. Both teams could have gotten a total of five snaps, just the fact they were out on the field preparing for a legitimate season on a day where teams around the country embarked on the unknown was good enough for everyone.

“”It’s awesome,” Coach Hafley said when asked how nice it was just to know that there was a real college football Saturday back today. “I told the guys today, go home, rest, turn on the TV and watch some football together. Just knowing
(ESPN’s) College GameDay was on this morning, it’s unbelievable. There was games on the other night, games on today, just very grateful that football is starting up again.”

More importantly, Hafley knows how difficult the road has been just to get to this point, and it’s not even close to the end.

“I give the credit to the team,” he said. “Just yesterday we all tested negative again. So, these guys deserve a ton of credit with kids back on campus, two straight negative tests, it sends a message that these kids love each other, they’ve bought in to the staff – the staff’s done a great job – and these kids want to play football. They’re now going to be rewarded for that which is really, really awesome to see and I’m just excited for them.”

Quarterback Dennis Grosel echoed some of the same sentiments as Coach Hafley. The Eagles treated Saturday’s scrimmage almost like a real game day mentally, and they’re also looking forward to watching other teams take the field this afternoon and tonight, albeit with a hint of jealousy.

“We’ve been waiting for this for a while,” said Grosel. “It’s kind of a bummer we’re not the ones playing this Saturday, but, the mindset coming in (to the scrimmage) was we very well could be playing right now running on the field together instead of against each other, but, that was the mindset going in. I’m excited to go back – I know there’s a few games on tonight – sit down, watch some of the games and you know, just get ready to see us out there.”

Phil Jurkovec may be battling for the starting QB job with Grosel – a job Hafley noted will start to be talked about more amongst the staff when looking at the depth chart on Monday – but he too was looking forward to the first college football Saturday after so much uncertainty. Jurkovec also noted how important it’s going to be to stay on top of safety measures if this season is going to be completed without any hiccups, or at least as few as possible.

“It’s great, with all the uncertainty there’s been, knowing that teams are playing,” added Jurkovec. “We get to watch (Week 2 opponent) Texas State today, and just knowing that it’s here and it’s happening, we’re just at the tail end of preparation. We just need to clean up a little bit more and stay safe from the Corna and get ready to play.”

It’s been six months since our entire world was changed and it continues to change daily, but, college football Saturday’s are back. If that doesn’t bring football fans a sense of normalcy then nothing will.