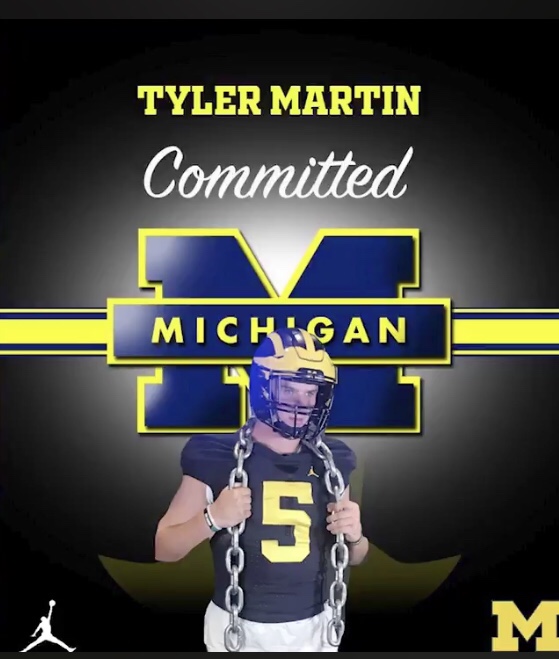 Martin announced his decision earlier this afternoon in a video. He had offers from several Power 5 programs including Notre Dame, Wisconsin, Penn State, Arkansas, Vanderbilt and Virginia among others.

Martin is one of the top inside linebackers in the Class of 2022. He has been getting recruited by schools since he was in middle school. Michigan was one of the first programs to offer him and they have stayed committed to Martin and now he commits to them.

Michigan continues to add some of the top talent in the state. Martin is the fourth commitment this year for the Wolverines from the Bay State joining tight end Louis Hansen, defensive end T.J Guy and linebacker Casey Phinney.

Martin is the second commitment in the Class of 2022 for the Wolverines.