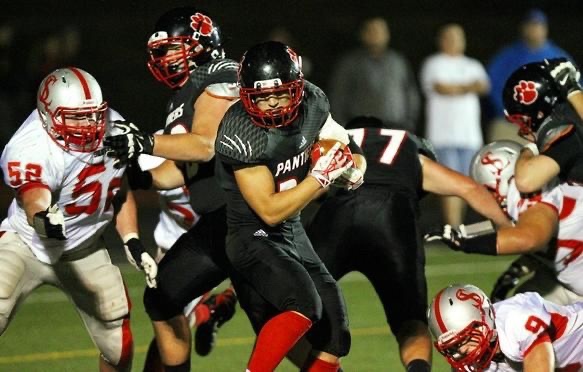 I’ve never played the game of football, but man, it was hard not to wake up and feel the void left by silent stadiums on Friday night.

Friday was supposed to kick off the first night of high school games in Massachusetts for the 2020 season. Agreeing or disagreeing whether or not kids should be playing right now is irrelevant. The fact of the matter is Friday night was supposed to be a special one for many, many people, and that wasn’t the case.

Seniors running out for their season opening game for the final time, or maybe parents of freshman or sophomores seeing their kids take the field for their first time, those are the types of moments that should have been taking place around the state on Friday, but alas, that’s not the case.

It’s a tough look for decision makers in this area to have 25 states playing HS football games Friday night, and even worse when games have been airing on ESPN for the past two weeks. Kids in this area are watching other kids their age experience those moments on national television while hoping they get a half-assed season in the spring.

As someone who makes a living on covering high school and college sports, missing Friday night action isn’t only a monetary problem, but it’s impossible not to miss a lot of the same things that players and coaches miss on game days having spent every single one of my Friday’s of the past 11 years on a sideline somewhere in the state.

Standing near a tunnel watching kids run through a banner held by the cheerleaders as their peers go nuts. That’s what it’s about. Watching coaches double check and make sure the head sets work and freaking out when they don’t. Dogs and burgers being fired up on a grill whether it’s a tailgate or a concession stand. Dozens of kids in their city or town colors playing touch football in one of the end zones without any semblance of organization. Every minor detail is a part of what makes Friday nights so special. As a journalist, knowing that the teams you’re about to cover are set to put their heart and soul on the line for the next hour simply because they love their teammates and being responsible for telling their story is an incredible feeling.

I’m on the shorter side in terms of height and never strapped on the pads or got smoked going over the middle, but high school football has made quite an impact on my life and it’s a damn shame that those moments and memories aren’t going to be created this season. There are hundreds if not thousands of stories that should be told this year that won’t be. Whether it’s a coach making sure a kid got to school every day because his parents didn’t care, or a kid having a career night just days after a loved one passed away. These are the tales that are usually illuminated by Friday Night Lights.

There is no getting high school football back in this area as those with the power to make that decision have had their final say. Still, it’s hard to look at the calendar and not think about getting ready to head out to a game, and it’s only going to get harder as the weather turns and football season is truly upon us.