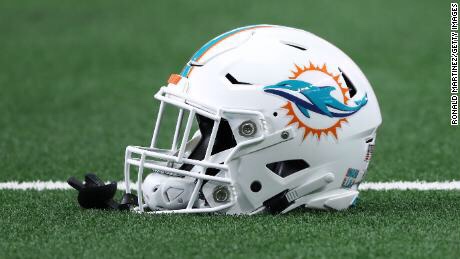 The Patriots kick off the 2020 season on Sunday with a visit from old friend Brian Flores and the Miami Dolphins.

Miami closed out the 2019 season beating the Patriots at Gillette and costing them a first round bye in the process.

Gailey has coached quarterback Ryan Fitzpatrick both in Buffalo and New York. He knows him well. He also knows how to develop young quarterbacks and that is why the Dolphins ultimately hired him. To develop Tua Tagovailoa.

Former defensive coordinator Patrick Graham left for the Giants. Flores chose to elevate cornerbacks coach Josh Boyer to the position. The two worked together for years with the Patriots so Boyer has a good understanding of what Flores wants schematically.

Here is a brief overview of what to look for on Sunday from the Dolphins offensively and defensively.

Offense: When going back and watching old Bills and Jets tape from when Gailey was there, Miami will be a heavy 11 personnel team.

Gailey doesn’t do a lot in terms of personnel groupings. He will predominately use 11 and then use 21, 22 and 12 personnel to complement his primary grouping.

The Dolphins will look to spread teams out and will use the tight end as an in-line player as well as a slot and and as a wing.

The tight end will motion a lot. They like to use him as a lead blocker but also as backside to frontside fill blocker. Gailey will also slip him to the flat and bootleg to him.

Miami will also motion their receivers a lot especially when trying to create a compressed alignment on the outside.

Expect a lot of intermediate to vertical pass plays, perimeter screens and quick hitters like crack toss out of shotgun.

Defense: The Dolphins will utilize a multiple defense. They are a 40 base but the Patriots will see a fair amount of 30 and 20 fronts as well based on down and distance.

Old friends Kyle Van Noy and Elandon Roberts signed with the Dolphins as free agents this off-season. Add former Cowboy Byron Jones to the secondary along with first round pick Noah Igbinoghene and Miami has completely revamped their defensive personnel.

Miami will bring situational pressure like the Patriots do but they are mostly going to rely on their front to generate consistent pressure.

The Dolphins front will give the Patriots some problems on Sunday and they will certainly account for Cam Newton in their scheme. Expect Miami to employ a spy in certain situations.

These two staffs know each other well so expect a high level chess match on Sunday.