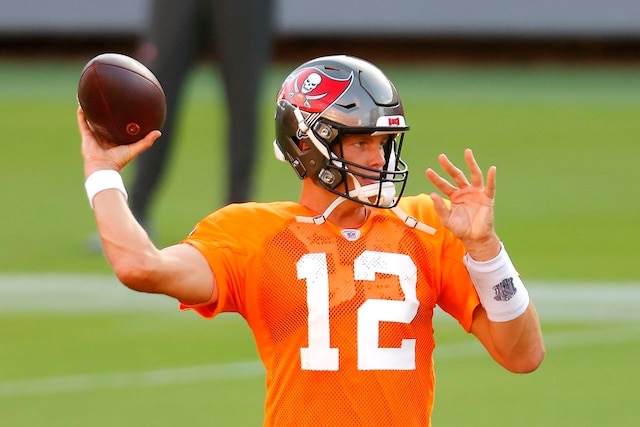 After 20 years in New England, Tom Brady left the Patriots for a new challenge and more skilled teammates. He found the perfect landing spot in Tampa Bay.

In the Buccaneers, Brady not only found a team with the skill group that he was looking for, he found a team coached by an offensive head coach. A coach who at 67 years old, desperately wants to win a Super Bowl before riding off into the sunset.

Brady knows that this is it. At best he plays two more seasons. It is a short window to win one more championship and surpass Michael Jordan as arguably the most decorated athlete of all time. (Although I suspect Bill Russell and the late Henri Richard might have a little something to say about that considering they’ve won more championships.)

The pressure is on in Tampa. The expectations are high. It is uncharted territory for the NFL’s losingest franchise of all time.

The Buccaneers certainly have the talent to meet the expectations but an NFL season is a jog, not a sprint. A lot happens in the span of 16 weeks. Injuries especially could derail a season pretty quickly. The Bucs have depth but in a season of so much uncertainty, you can never have enough.

The time is now for Brady’s Bucs. For the first time in his career, Brady is not feeling the pressure of playing for Bill Belichick and the Patriots. It is a different kind of pressure now. Brady must once again rise to the occasion. His legacy and a potential 7th Super Bowl are on the line. He got what he wanted. A fresh start. Let’s see if he can do it without Belichick and the Patriot Way.