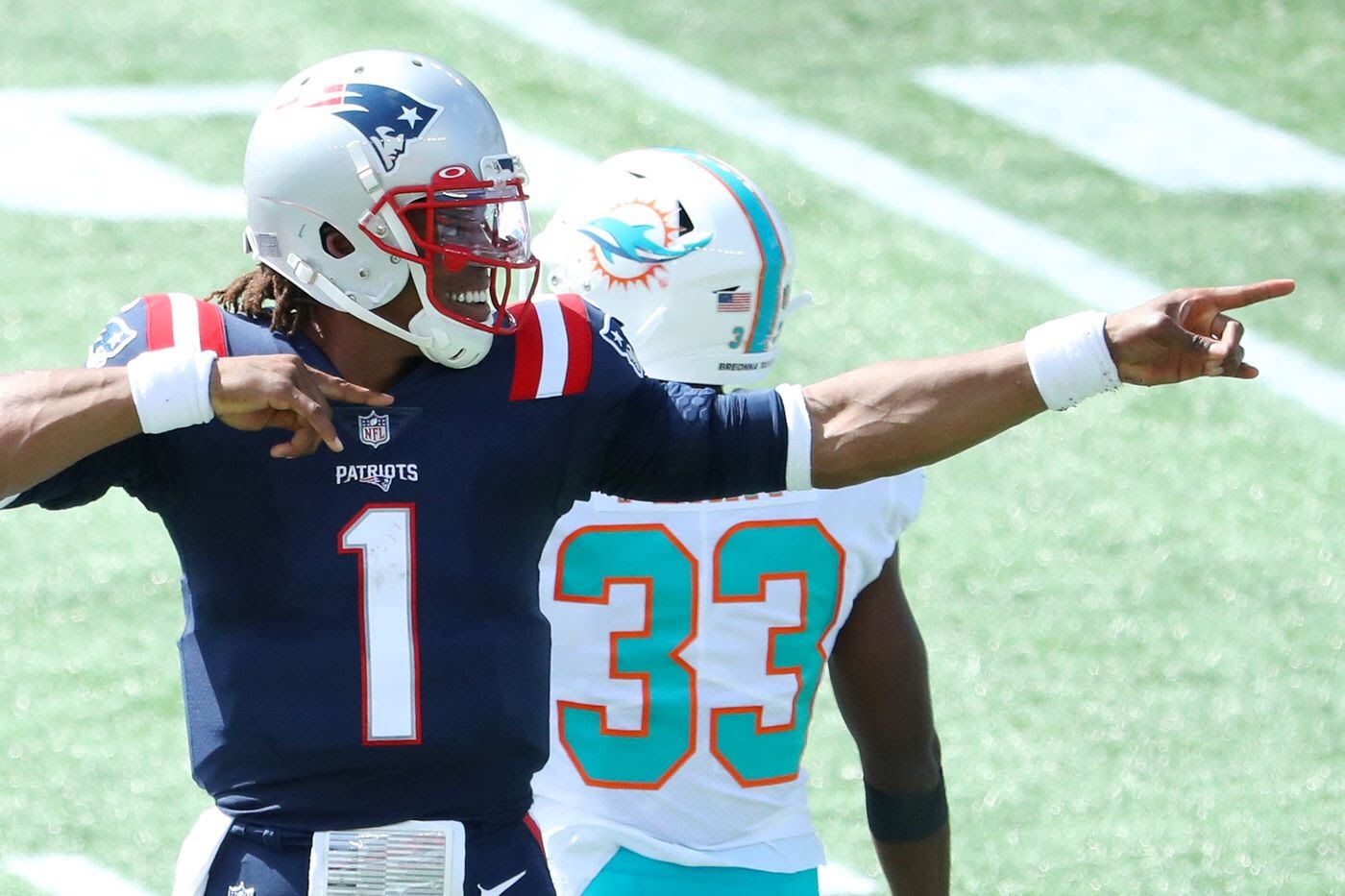 The Patriots kicked off the 2020 season with an ugly 21-11 win over the Miami Dolphins. Here are ten quick thoughts on the game by yours truly.

1. The Patriots as expected tailored the offense to Cam Newton’s skill set. Newton carried the ball 15 times for 75 yards and 2 touchdowns. He also threw for 155 yards. He finished with 230 yards of total offense.

2. BALANCE. That is today’s word when it comes to the Patriots offense. 217 yards rushing, 155 yards passing.

3. As we predicted, the Patriots were predominately a two back team today. They ran 21 personnel more than any other grouping.

4. The Patriots used all of their backs in a true committee approach. New England racked up 217 yards rushing in what appears to be a shift in philosophy.

5. The passing game is a work in progress. Newton will get more comfortable and the Patriots will throw the ball better. Remember. There were no OTA’s and no pre-season games.

6. N’Keal Harry caught 5 passes for 39 yards but he had a costly fumble that cost the Patriots a first and goal. He looked lost at times and has a long way to go in his development.

7. The defense played great, picking off Ryan Fitzpatrick three and sacking him once but the penalties were an issue.

8. The Patriots did a great job using their 20 and 30 fronts to give Miami a bunch of different bluff looks. They dropped out on the snap rushing only four and five but it was an effective look.

9. Nick Folk missed a 45 yard field goal. The kicking game has the potential to be a mess again.

10. Cam Newton’s antics over his jewelry at the end of the game annoyed me. He needs to relax. I get his frustration but acting like a fool after a win is a bad look.