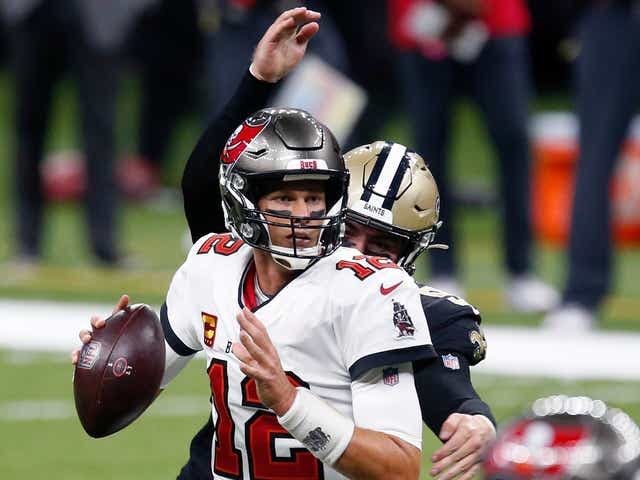 Tampa got off to a good start scoring on the opening drive on a Brady sneak but it was all New Orleans after that.

Brady completed 23 of 36 passes for 239 yards, 2 touchdown passes and 2 interceptions including a costly pick six in the second quarter.

While Brady showed that he still had good zip and touch on the ball, he also looked out of sorts at times and got hit a few times. He was sacked three times total but he was under constant pressure.

The thing that jumped out at you the most in this game was Tampa’s lack of chemistry. It was obvious that this group needs more time together.

It is why it took until the last three minutes of the game to get Mike Evans his first catch, which was a touchdown and why Rob Gronkowski only had two catches.

Two bright spots for the Bucs were Scotty Miller who caught 5 passes for 73 yards and Ronald Jones had 17 carries for 66 yards.

Tampa Bay has one of the most talented rosters in the NFL. They are going to be fine. It is all about getting on the same page. The pieces are in place for this team to be very good on offense and defense.

It is never easy to win in the NFL when you bring in a lot of new faces via free agency. It takes a while to develop chemistry. Especially after an off-season like the one we had.

The Bucs will figure it out. They are too good not to.