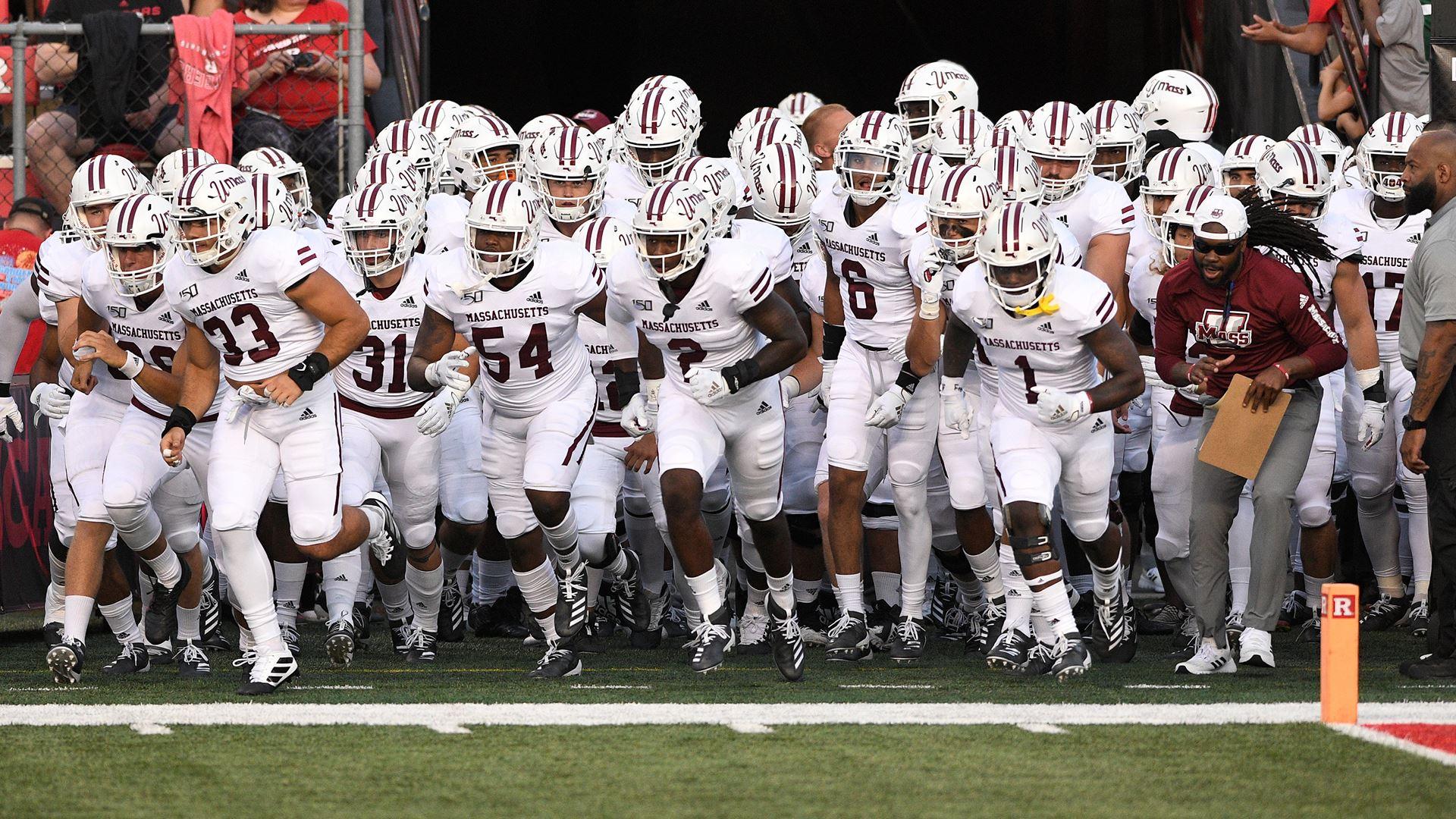 UMass Football is back!  The school announced this morning that they intend on playing football this fall after initially opting to move the season to the Spring of 2021. The university released the following statement from Athletic Director Ryan Bamford :

“The health and safety of our student-athletes, coaches and staff has always been our first priority. Since returning to campus in June, the members of our football program have been vigilant in following the policies and safety protocols instituted by the state, our university and athletics department, helping us reach a high level of confidence that we can safely conduct a truncated season this fall. Further, our recent work to generate a schedule in the spring semester, similar to our other fall sports, indicated that fall 2020 provided the best opportunity for our football student-athletes to take the field this academic year.”

UMass is looking to start play by the middle of October and their goal is to play 6 to 8 games depending on how many games they can schedule. It will be tough to find games but with several schools having to postpone or reschedule games, the Minutemen might be able to find some late season opponents. Other independent schools could be an option. Most notably Army, Liberty and BYU. FCS schools that are playing an independent schedule are also a possibility.

UMass has administered over 1800 COVID-19 tests with only two positives thus far. Based on those numbers, the administration felt that they had created a safe enough environment for the coaches and players to return to action.

Minuteman Head Coach Walt Bell also released a statement: “Today is a great day for Massachusetts Football,” Everyone associated with our program is excited to play football this fall. We have successfully created one of the safest environments in college football since June and our young men deserve the opportunity to compete in 2020. We are grateful to our campus leadership for supporting academic and competitive opportunities for our student-athletes and staff to do what they love in a safe manner.”

Several members of the program made their intentions that they wanted to play public last week. With the players advocating for a return to play and the success of the testing program, the Minutemen are back. Now the administration has to find a way to fill out a schedule between mid-October and mid-December. It won’t be easy but there are teams out there that still need games so the chances are good that the Minutemen play at least.

We were told we were cancelled because of “player safety”, if that’s the case we would love to hear how these conferences playing, and the conferences that are coming back are safe to play but we aren’t. pic.twitter.com/yhzf7jLkDj

Bottom line. This is welcomed news for football fans throughout the region. UMass is back and we are excited to be covering another one of the Division One programs in New England.