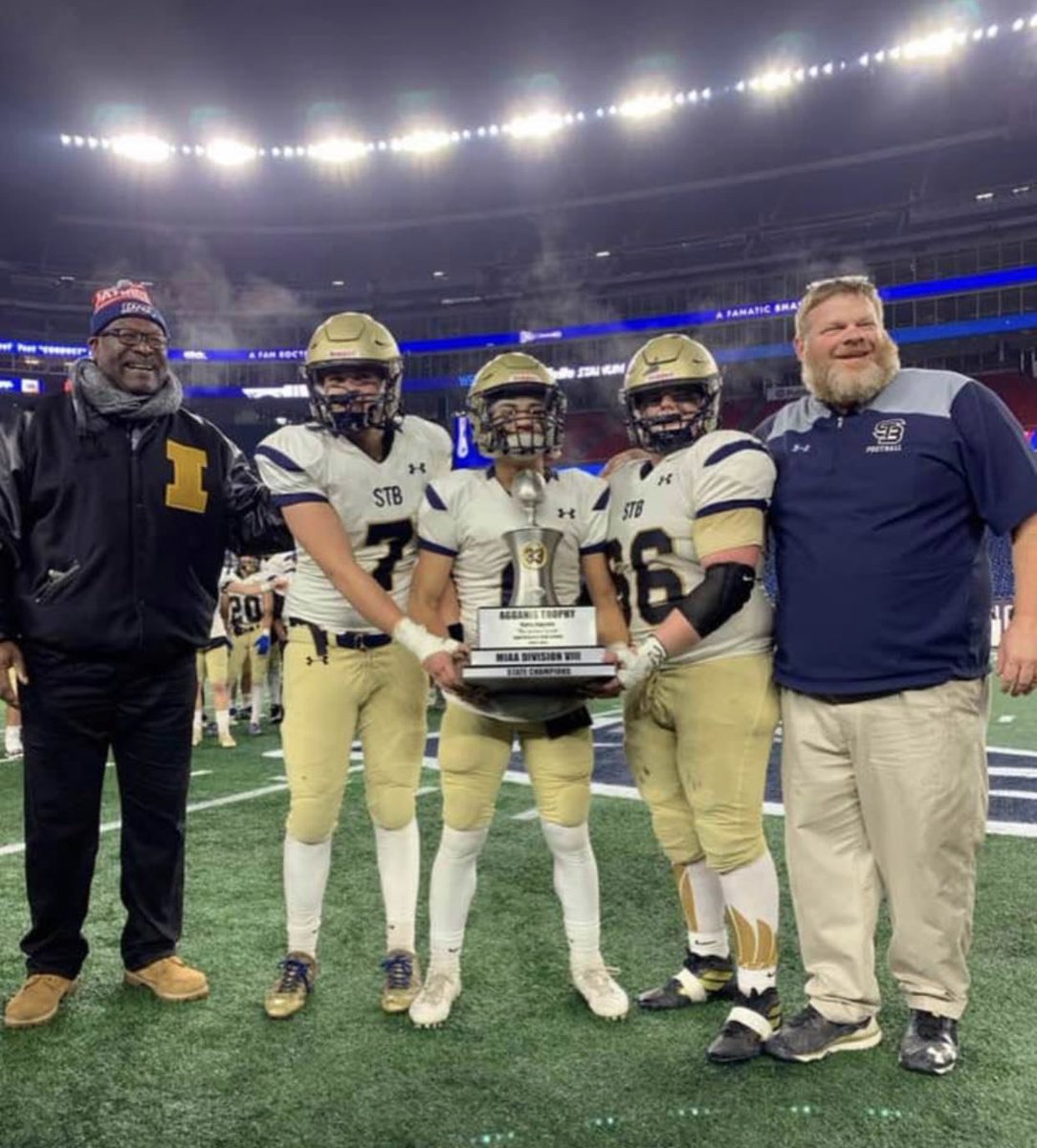 After winning back-to-back Division 8 state titles the past two seasons, the St. Bernard’s football program was hoping for a chance to three-peat this season.

Of course that isn’t happening right now, and who knows if it will in February. Still, there is quite a bit of optimism around the program.

The Bernardians are still holding out hope that a third straight Super Bowl title could make its way back to Fitchburg at some point, but, for now, head coach Tom Bingham is just trying to make sure his guys understand that their story still has to be written.

“This is just part of our story,” Bingham said in a phone interview recently. “Every year, every team has a journey that they go on, and I’d like to think most of our teams figure it out somewhere along the way and hopefully you figure it out early enough in the year to make the postseason. Obviously, this year’s journey is very different than most, but, the journey has already begun.

“We might not have taken a snap or put a helmet on or had a full team meeting yet, but, the unique journey for the 2020-2021 season has already begun. Going through all this together is certainly going to help us come together. It’s exciting times at St. Bernard’s right now. The school broke free of the Archdiocese of Worcester – which they’ve been amazing with their support – and we’ve seen a bump in enrollment. So, our story of having 27-28 kids is no longer. We’re now rostering about 45 kids, so, that’s a heck of a jump from last year.”

Having that many kids is of course a welcomed change, and if the season is to happen in February, the Bernardians will probably be in better shape than many other programs having to adjust to the odd schedule.

“In the Fall 2 season, St. Bernard’s doesn’t have a sport that would be up against football, so, I’m not sure if other schools do, but, that’s the only male sport being offered here during that time,” Bingham said. “We feel like we’ll be in great shape and ready to go whenever they tell us to. It’ll be a quick transition but, we think we’ll be ready.”

Whenever football does return, Bingham and the Bernardians’ staff have some key guys returning.

Tyler Thibodeau, Nico Mancini, Jacob Banchs, Johnny Pinard, Matt Smith and Wyatt Bingham lead a crew of nine returning seniors. Thibodeau talked about how this year’s team has stayed together both physically and mentally despite the pandemic interrupting their quest for a three-peat.

“Ever since the start of the COVID-19 pandemic, the team knew we had to stay ready and keep the morale up,” he said via text this week. “That’s why over the summer and now moving into fall we have had team meetings to get to meet the new guys coming in to the school as well as going down to the fields and throwing occasionally and staying mentally and physically in shape. Many of our kids are starting to go to a weightlifting place called the dojo in Leominster and us working out all together after school is just preparing us for the season and getting one step ahead.”

Thibodeau also discussed how different the preparation now is for this season, and how important chemistry and camaraderie will continue to be.

“Getting ready for a February season opposed to getting ready for a September season is a whole different experience,” he added. “I usually get excited to start summer football with 7v7’s, skills training and going up to camp with the team and getting to know everyone and build a bond that sets the tone for the whole season. Unfortunately, that’s not the way it played out and now we have about five months until the season.

“The way I see it, is as an opportunity. The team is locked in and committed to training and getting stronger mentally and physically for the start of the season. Myself, I’m working out every day after school doing everything I can to stay in shape and be the strongest I can be by the season. Some teams might not be doing anything over the offseason and will just stay sad about not having a fall season, but, our team turned the page and will not look back. We’re only focusing on what’s in front of us.”

While that’s all well and good, Bingham acknowledged how difficult the adjustment has been from a planning stand point.

“We shifted and reset our whole offseason program,” said Bingham. “We went back in time and got a little creative with some team building stuff, set new goals, new timelines and stuff like that. We’re working with our new AD on getting some fun intramural stuff going, trying to get some team bonding stuff together that’s all Covid-compliant. It’s definitely been different.

“If we jumped right into stuff now, it’s only September, so we don’t want to get stale before February 22nd, so, we’ve had to get creative, but, the kids have been great about it.”

If and when there is a season, the hope is that a state championship opportunity might still await the Bernardians. If not, then St. Bernard’s will do its best to compete at the highest level no matter what the circumstances are.

“We’re still holding out hope for a postseason and a shot at another title,” Bingham said.

“As a senior, if I won’t be able to compete in another state tournament and get a potential three state championship wins, it would be upsetting at first,” Thibodeau acknowledged. “However, looking forward and turning the page, our season is still not a definite and everything with the pandemic right now is day to day.