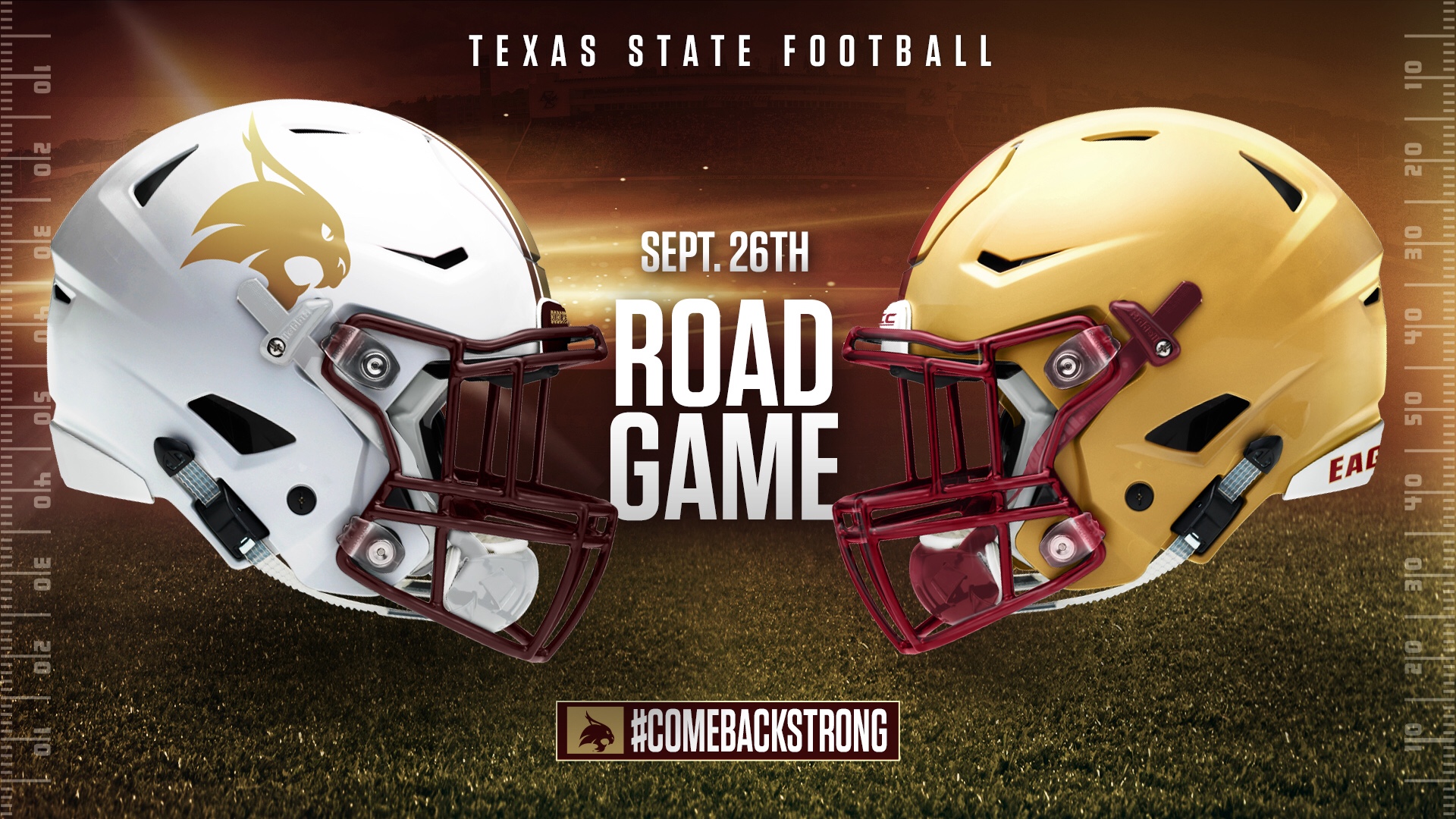 Opening Kickoff: This is the first ever meeting between the Eagles and Bobcats. The game was scheduled late due to COVID-19 and schedules being rearranged.

The Eagles enter the game 1-0 after an impressive 26-6 win at Duke last week. The Bobcats come to the Heights with a record of 1-2. They lost to SMU and UTSA to start the season but beat Louisiana-Monroe last week.

Despite their record, the Bobcats are potent offensively. Coach Jake Spavital is an Air Raid offense disciple and his teams love to throw the football. The Bobcats feature one of the best receivers in the country in Senior Jeremiah Haydel who is fourth in the nation in receiving. Running back Calvin Hill runs with power and a low pad level. He gives the Bobcats some much needed balance offensively.

Speaking of balance. The Eagles were balanced last week racking up 384 yards of offense. The first half was all about establishing the run but offensive coordinator Frank Cignetti opened up the offense in the second half and allowed quarterback Phil Jurkovec to rip it and throw the ball downfield.

Of course, the story of the game was the B.C defense which tallied five takeaways (3 fumbles, 2 interceptions) and 2 sacks. They were dominate, especially in the second half.

Here are the keys for today’s game against Texas State.

1. Start Fast: The Eagles need to get off to a better start than last week. They need to be more consistent on offense early on, convert third downs and finish possessions with touchdowns. Building a big lead early in this game will be key.

2. Pound The Rock: The Eagles need to establish a physical tone early. Best way to do that is to use your big offensive line and lean on Texas State’s undersized defense. Establishing David Bailey early is important.

3. Handle Their Pressure: Texas State believes that they can match up on the outside so they play man and bring pressure out of their 33 Stack defense. Picking up their exotic blitzes and giving Jurkovec time to push the ball vertically is important.

1. Disrupt their passing game: Aside from getting pressure, the Eagles need to be physical with Texas State’s receivers. Especially on underneath routes. The Air Raid is a timing passing game so the quarterback has to allow intermediate and vertical routes to break open. B.C must re-route and throw the receivers timing off.

2. Press the QB’s Reads: Texas State runs a fair amount of zone read and with a backside fold block leading the QB. The Eagles defensive ends and outside linebackers must force Vitt to hand the ball off. If he keeps it, punish him.

3. Ball Hawk: The Eagles defense generated 5 turnovers last week at Duke. Look for them to be as aggressive on the ball this week against a team that doesn’t take care of the ball.

Prediction: Boston College 38 Texas State 10: The Eagles should be able to carry some momentum from last week‘s win against Duke. Texas State is quick but they lack the size physically to match up with Boston College and that will be the difference.