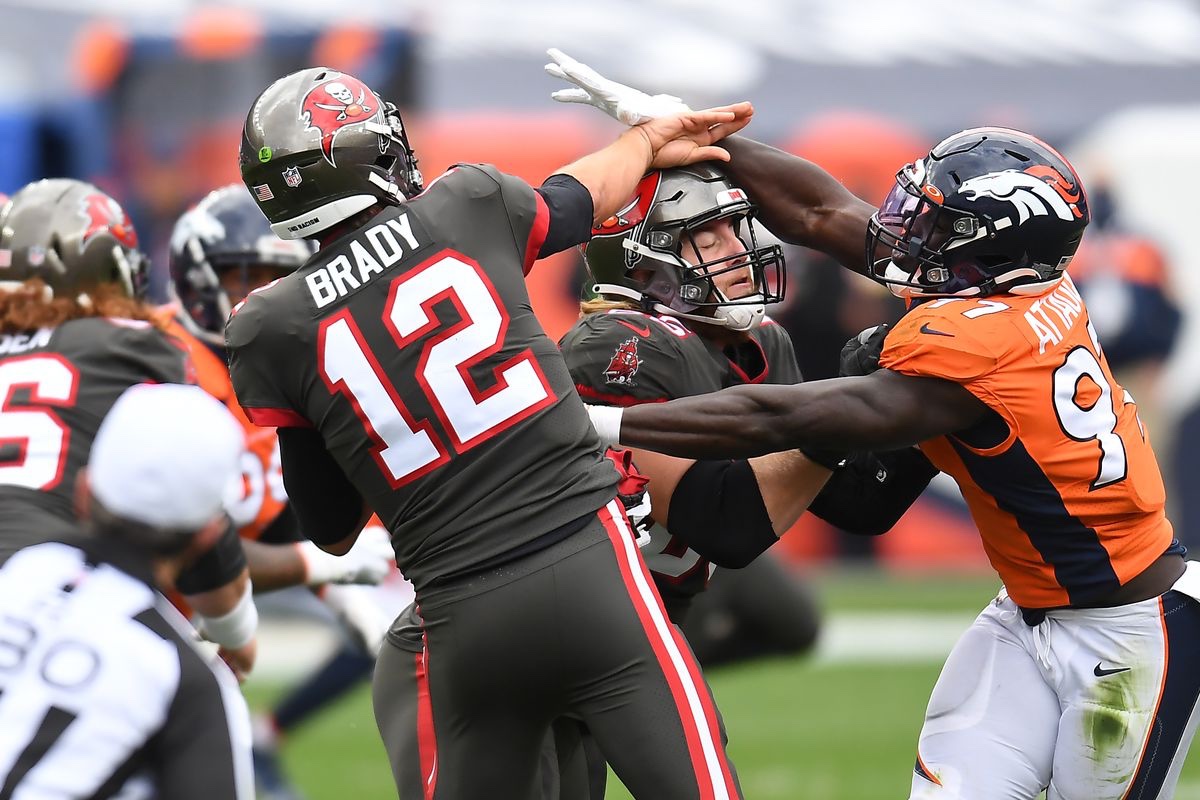 It still doesn’t look right, but Tom Brady and the Buccaneers are 2-1.

Brady went in to what is usually a house of horrors for him and had a good day to help get the Bucs a 28-10 win over the Broncos. We all know how it’s usually looked when he went to Denver in his career, so this was probably a nice little mental hurdle for him to get over with his new team.

The most interesting thing that’s still happening in Tampa right now is a bit of power struggle between head coach Bruce Arians and Brady in terms of which offensive system they’re going to run. It still appears to be Brady’s for now, but the lack of downfield passing is certainly something Arians can’t be happy with. It’s hard for Brady to look at his coach and tell him we’re going to do it my way when the offense still looks ugly

Brady was 25-38 for 297 yards and 3 touchdowns, but it didn’t feel like a normal Brady game. Gronk was again quiet in this one as well – although it was much better than it’s been (6 catches, 48 yards – further cementing many people’s beliefs that he’s washed up.

“It’s a long year, everyone’s got to contribute,” Brady said following the win. “A lot of things to improve on. Obviously happy to win, but, we’ve got to keep turning it up a notch.”

In fairness, it seems like Brady and Mike Evans are starting to ramp it up, with Evans hauling in two touchdown passes – his only two of the game both from a yard out – and Chris Godwin (5 catches, 64 yards, 1 TD) is becoming more and more of a factor with TB12 as well.

“Mike’s a great red area threat,” Brady said. Three of the TD passes he has to Evans this year all have come inside the 2-yard line.

“I love(Mike’s) size, his quickness, his hands, his elusiveness, everything. He’s one of the great receivers in the NFL.”

“He’s a tough guy and he’s got a lot of heart,” Brady said of Miller. “All the receivers did a good job today, tight ends did a good job, the backs did a great job, we’ve just got to close some things out…we’ve got to find a way to stay on the field and score points.”

While Brady will always say all the right things, the real entertainment each week comes from Arians. Which way did he find to rip his new franchise QB or Gronk this week? He actually didn’t, stunningly.

“”I think it’s just individual games,” said when asked if Gronk could turn this perofmrnace into a snowball effect. “This was a ‘Double Team Mike Evans Game’ again and the middle of the field – those guys worked it over pretty good. I think part of it is getting in game rhythm, but it was more the way they tried to play us that the tight ends got so involved.”

Perhaps in a sign of growth, Arians was also asked where he thought the team could improve. Instead of instinctively throwing the offense under the bus, he was fair.

“”We’ve got a lot of areas we can improve on,” Arians added. “Eliminating some penalties offensively and just continuing to grow offensively. Defensively, just that lapse before the half where we gave [up] that touchdown after that third-and-20 play – not allowing those things to happen so teams can’t get back in ballgames. We have room to improve in all three phases.”

It’s been quite a roller coaster through the first few weeks in Tampa, but it seems as if things are starting to click. The biggest thing we’ll continue to watch is whether or not Arians and Brady have the patience to deal with each other if the offense doesn’t eventually turn into the machine everyone expected it to be.