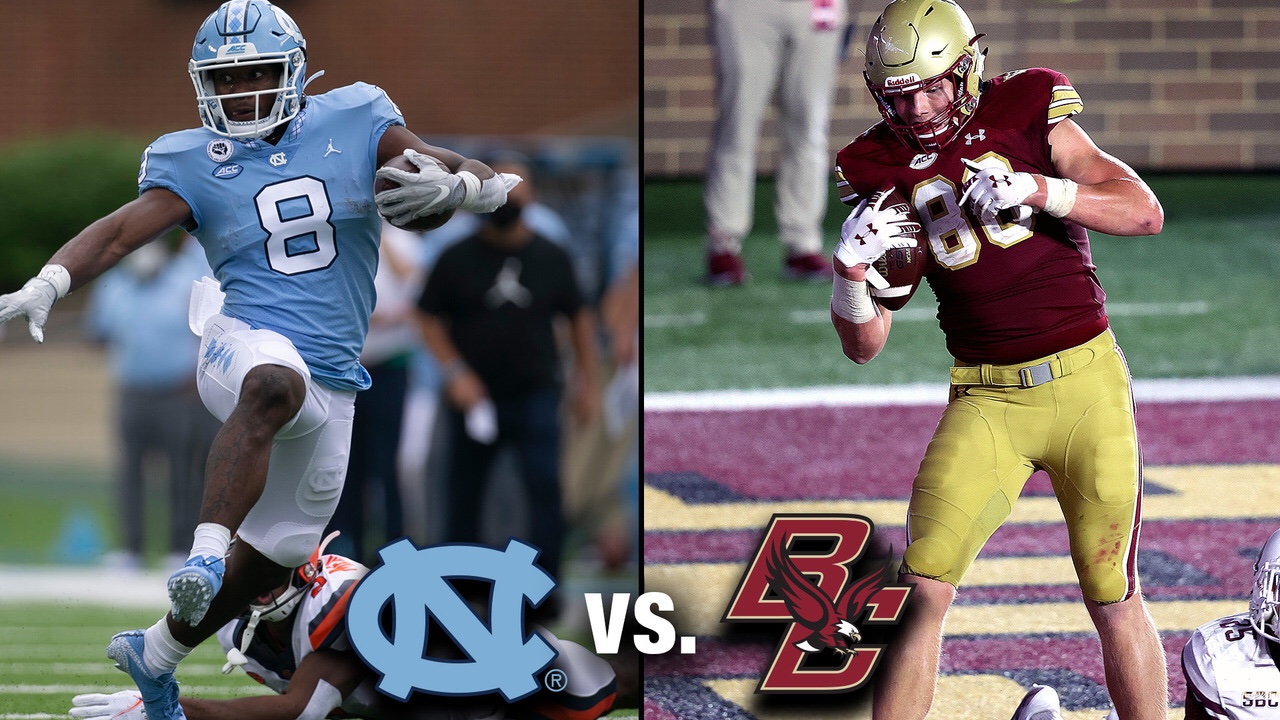 Opening Kickoff: The Eagles host the Tar Heels at Alumni Stadium this afternoon. This will be the eighth all time meeting between the two programs. The Tar Heels hold a 5-2 series lead all time.

The Eagles last win against North Carolina was a 37-24 win in the 2004 Continental Tire Bowl.

The only other time these two programs have met with North Carolina being ranked was in 2009. The Tar Heels won that game 31-13.

2. Handle their pass rush: North Carolina can really get after the quarterback so the Eagles offensive line must handle their edge pressure but also do a good job of picking up blitzes inside. North Carolina loves to show and go with their linebackers.

3. Jurkovec must play well: Phil Jurkovec needs to play well in this game. He needs to take care of the football and match Sam Howell’s level of play and production if the Eagles are going to win this game.

1. Get consistent pressure on Howell: The Eagles have to get consistent pressure on North Carolina sophomore quarterback Sam Howell and throw him off his spot. They cannot let him get comfortable and have time in the pocket to make throws down the field. It is important that the Eagles disrupt the timing of North Carolina’s RPO’s game as well. Howell is good at reading his keys and pulling the ball if he gets the right action from the linebacker.

2. Keep up: North Carolina is a spread uptempo team. They play fast. Boston College has to be able to keep up with the quick pace and not get worn out. Substitutions will be key in this one.

3. Limit the big plays: North Carolina’s offense is explosive. The Eagles must not allow the Tar Heels to make big plays. If they do, they will pull away early.

Prediction: North Carolina 28 Boston College 17: As high powered as the Tar Heels are offensively, the Eagles defense can slow them down. The question is, can the Eagles offense score enough? I don’t think they will. They would have to get off to a fast start and I don’t see it. North Carolina will win what should be a good game.