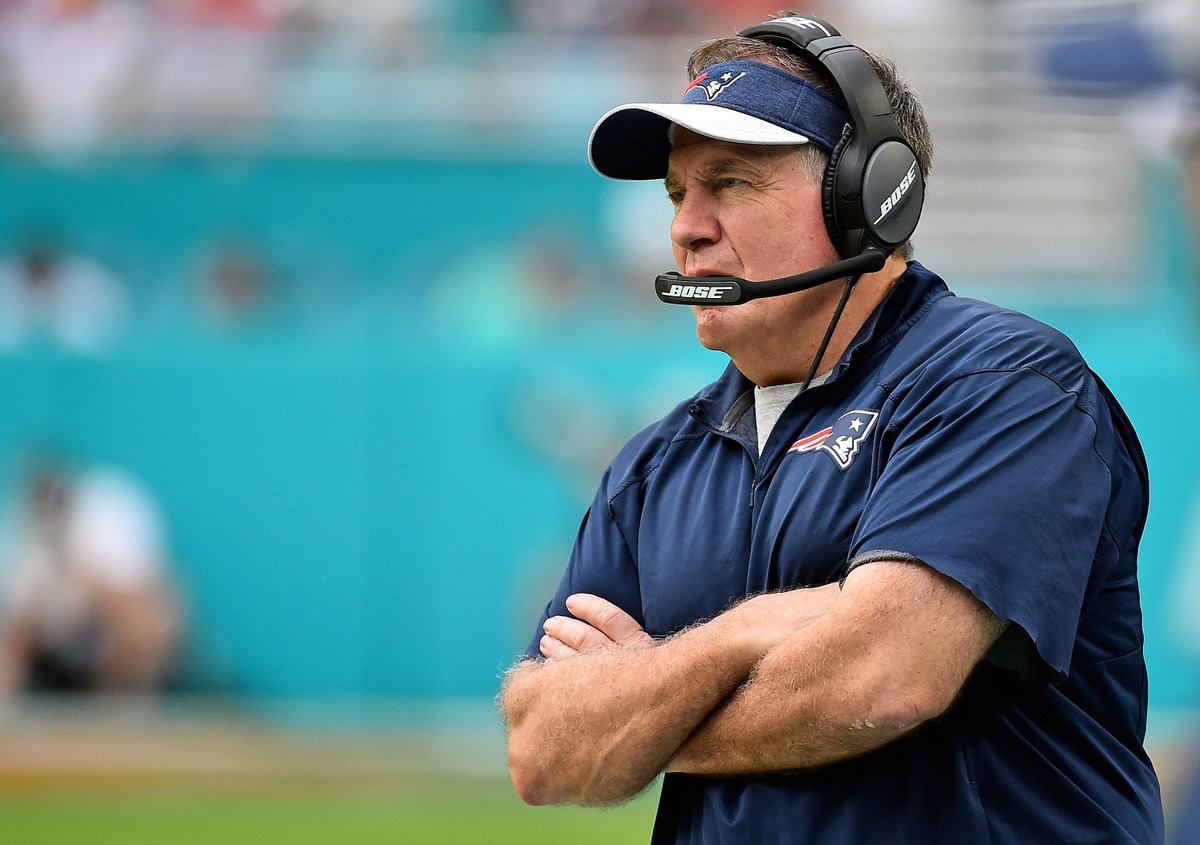 The Pats didn’t play this past weekend, but, Bill Belichick still met with Glenn Ordway, Lou Merloni and Christian Fauria Monday afternoon to talk about the state of the organization.

With so much uncertainty revolving around the schedule, the HC of the NEP had some interesting thoughts on how the league has handled things.

Ordway opened acknowledging that each week there is a new “have you ever seen anything like this?” question for coach Belichick. Bill spoke about the importance of the health and safety of his players and the relationship with the league during these interruptions.

“We’ve been working hand-in-hand with the league all the way through the entire season, going back through the spring with the draft and training camp and travel and everything else,” said Belichick. “Everybody wants he same thing. Everybody wants to be able to play and do it safely. We want to be able to manage some of the problems that have come up…everybody’s doing the best they can.”

Lou followed asking if the team had any say in the postponement of the Denver game to this Sunday instead of playing it this past Monday night.

“We don’t really have anything to do with the scheduling,” he said. “Im sure there are a lot of things involved for the league to schedule games with other teams and how that affects other schedules and stadium locations and travel and everything else. So, that’s not really something we’re part of.”

Fauria obviously has a players’ perspective, and brought up an interesting question as to whether or not Belichick believes his players were losing trust in the NFL’s handling of Covid.

“I can’t really speak to how anybody else feel’s, you should probably ask somebody else that,” Belichick replied. “As I just said, I feel like everybody’s doing their best to make the season happen and work around a lot of difficult problems and we’ll continue to do that.”

“There are a lot of smart people involved here trying to do the right thing with the handling of the football side of it, handling the medical side of it and trying to balance it all together. Again, everybody wants to play and I think we’re all trying to find a way to make that work safely.”

The locker rooms at Arrowhead Stadium have been a hot topic of discussion this week, so, were the Patriots told no when they asked for some more space?

“You’d have to talk to the people involved in that,” said Belichick. “I really don’t know. We tried to work through the logistics we could control which was our travel, the hotel stay, the busses and so forth. The stadium facilities and all that are handled through the league and the home team.”

When pushed a bit more, Belichick did give the guys a snarky little nugget.

“Well, it’s a small locker room, there’s no doubt about it,” he said.

It’s a fine line for a coach when telling grown men what to do outside of the Patriots’ facilities, a point that Merloni brought up when asking Belichick if there are any new protocols in place after the news that Stephon Gilmore and Can Newton’s dinner may have been the catalyst for the four Covid cases within the organization.

“At the beginning of the year the league laid out protocols for all of us, not just players but, for coaches and staff members and all the – I think it was Tier 1, I forget how it was broken down, but, basically the people that are in constant contact, about what they can and can’t do,” he said.

“Those continue to emphasized. I’m not sure if they’ve been changed but, they’ve been emphasized. I think we all want to be compliant with them. There have been a couple examples put out there from other – again – I don’t know how that’s being handled. I just know we’re doing what we’ve been instructed to do and trying to follow the protocols the best we can in all situations.”

Fauria asked Belichick how guys are staying in shape when the facilities are closed or when certain days are just “Zoom” days. With so much non-physical activity in the middle of season due to this “outbreak”, it’s a very interesting aspect of how teams are staying prepared.

“It’s a continuation of what we did in the spring,” Belichick explained. “We had players in various locations throughout the country all through the spring prior to the draft. After the draft when we filled our roster out with the rookie class there were players scattered everywhere. They had access to various facilities, but didn’t have access to some various facilities, so, whatever they had we worked with them on and tried to provide them with a workout plan for the things they could use.

“I know a lot of players went out and ran whether it was in parks or vacant fields. We had some guys staying in hotels that were able to use the facilities there, obviously on a distancing basis. That’s what it was.”

Fauria continued asking Bill how much concern there is not only with Covid but, also with so much down time and lack of physicality there is during these days off.

“Yeah, absolutely,” Belichick said. “That’s definitely something to address and something that’s a concern if you play without practicing and having bad fundamentals. If someone goes the wrong way and puts someone in a compromising position, there’s a lot of things that can happen with bad execution or busted assignments. There’s definitely that balance of being able to go out there and be in physical condition to play and play safely. And then, also having a high enough level of execution where guys aren’t at risk because they’re – as a team – not able to function and operate and execute very efficiently. That can cause problems too so it’s definitely a balance to get that done.”

There was a bit more protocol talk (I won’t give you a popsicle headache), some discussion about the difference between a scheduled bye week and the one the Patriots had this past week in terms of planning, and finally we got to the Mercedes Benz Question of the Week.

This week the interview closed with Belichick talking about his routine when the facility is closed.

“I’d say t’s similar, and of course we had a lot of experience with this in the spring,” Belichick said. “We’re in game weeks now, but, we had the concept of OTA days or mini camp days. We adjusted what we did based on the opportunities we had to utilize the time and we’ll do the same thing now. We’ll work around whether we are or aren’t practicing, have virtual meetings and so forth. It just depends on what the schedule that day is how we feel like we can maximize the time and opportunity for everyone.

“Meetings are important, but, so are other things like trying to stay in shape, getting some running and conditioning and so forth in, individual film study, individual  game preparation. Not just group meetings and all that. There’s some different aspects to all that…just trying to budget the time efficiently so players can prepare and coaches can prepare and game plan so that we can get the team ready to go the best we can for Sunday afternoon.”