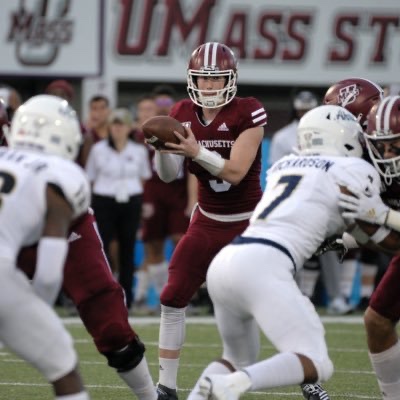 Mike Fallon is listed as the starting quarterback for Saturday’s game.

UMass released their first depth chart ahead of Saturday’s game at Georgia Southern. There are some interesting changes to the starting line up and some key omissions from last year’s roster. 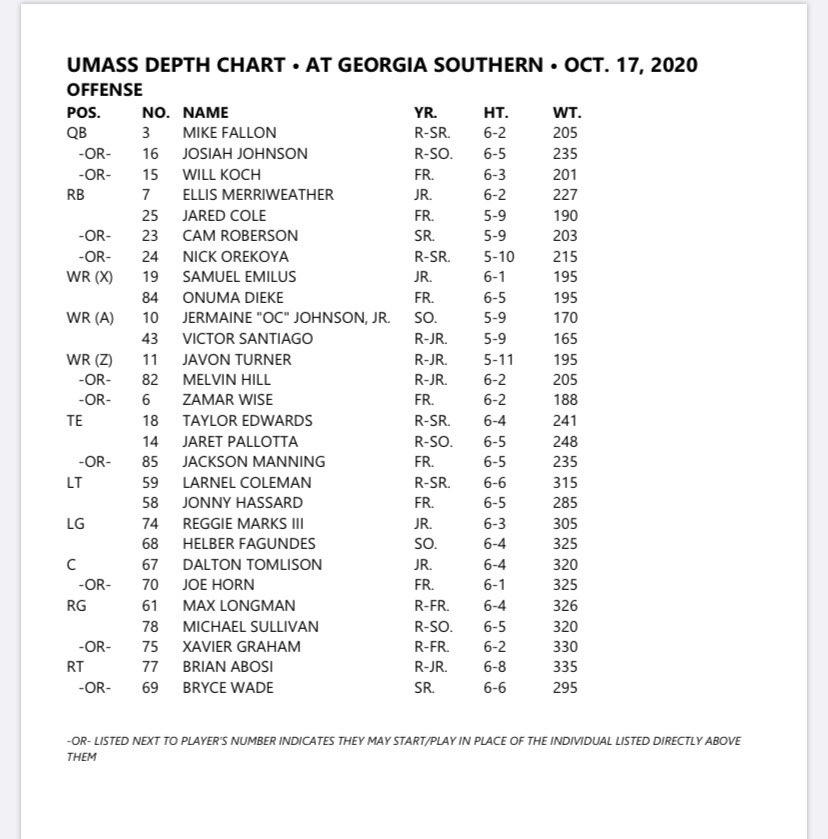 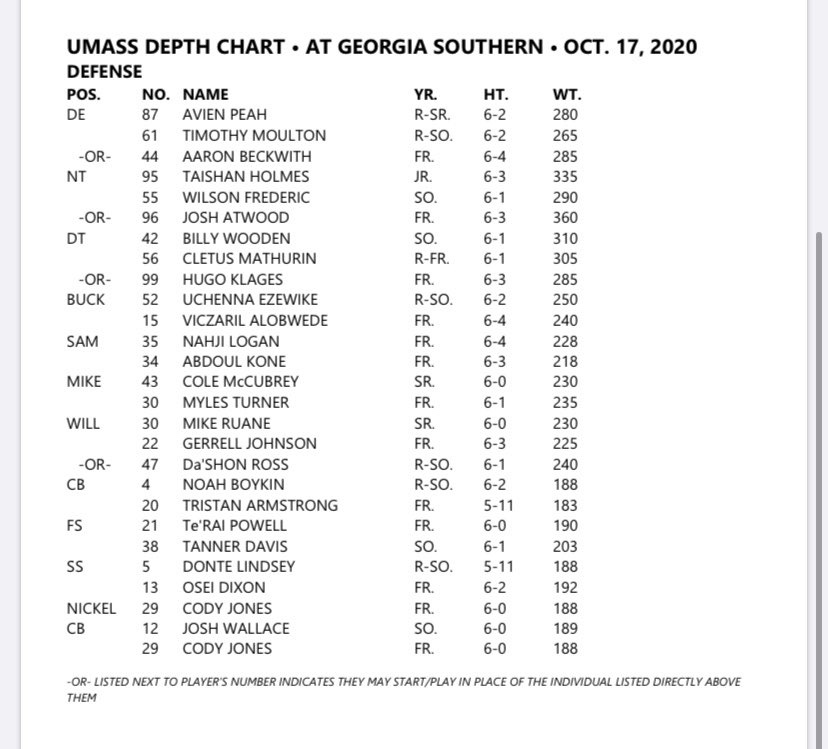 Offensively, Mike Fallon is listed as the starting quarterback. Walt Bell and the offensive staff like Fallon. He knows the offense and they are comfortable starting him right out if the gate.

Interestingly enough. Andrew Brito who played in nine games last season and started four of them was not on the depth chart. Josiah Johnson and Will Koch are listed as the second and third string quarterbacks behind Fallon.

The skill positions are set with transfer Ellis Merriweather starting at running back. Another transfer, the highly touted Zamar Wise is listed as a Z receiver. Most observers thought Wise would be in the mix at quarterback. He might still be. As of right now he’s not so it’ll be interesting to see how much he plays on Saturday. He could be a difference maker.

The offensive line had very few surprises. Transfer Reggie Marks is tabbed as the starter at left guard. Beyond that, the only other surprise along the offensive line is that center Jaylen Larry was not listed on the depth chart.

The most noticeable omission on defense is that of senior defensive end Jake Byczko. He was left off the depth chart completely which certainly raises some questions.

Te’Rai Powell starting at free safety also caught my attention. The freshmen is a terrific athlete and at 6-0 190, has good size and range. He could be a difference maker for a secondary that needs playmakers.

Natick’s Josh Atwood also made the two deep which at defensive tackle. I am not surprised. Having coached against Atwood, I felt he can play right away. It appears he will be playing a role on this defense.

It is important that the transfers and freshmen on the roster get playing time early. It appears that Bell and his staff have made that a priority as they should. It will pay off in the long run.