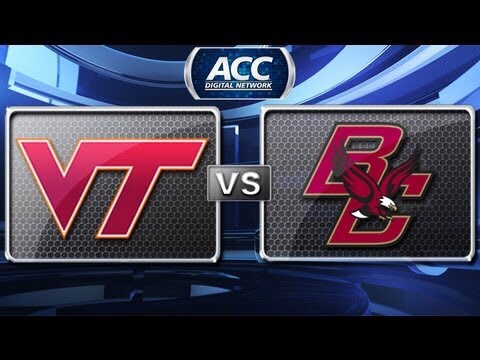 Opening Kickoff: Boston College and Virginia Tech meet for the 29th time in series history. The Eagles are 10-18 all-time against the Hokies.

The Eagles beat Virginia Tech 35-28 in the 2019 season opener at Alumni Stadium. Boston College is 5-7 all time at Lane Stadium in Blacksburg. The last visit to Blacksburg for the Eagles was in 2018, a game they won 31-21.

The Hokies are 10-7 against the Eagles in ACC play. Boston College is 6-13 all time when facing a ranked Hokies team.

1. Blitz Pick Up: Virginia Tech will bring pressure early and often in an effort to slow down Phil Jurkovec and the Eagles passing game. The offensive line must be on the same page and identify pressure pre-snap.

2. Can a brother gets ground game: The Eagles need to get their running game on track and tonight would be a good night to do it. Virginia Tech has athletes all over the place but you slow them down with an effective ground game.

3. Push the ball vertically: The Virginia Tech secondary has been hit hard by COVID-19. They are getting some guys back but the Hokies secondary is vulnerable so look for the Eagles to go deep early.

1. Stop the QB run game: The Hokies love to run their quarterbacks Hendon Hooker and Braxton Burmiester. The Eagles must be happy sound upfront and not have breakdown when reading backfield action.

2. Get off the field on third down: It’s been an issue thus far for the Eagles this season. They have to get Virginia Tech off the field, especially on short and medium downs.

3. Minimize the big plays: Virginia Tech has been a big play program since Justin Fuentes took over. They don’t necessarily drive the ball. The Eagles cannot give up the big play in plus territory.

Final Prediction: Boston College 38 Virginia Tech 31: Make it two in a row for the Eagles over Virginia Tech. I think Jurkovec and the Eagles passing game has a big day against a depleted Hokies secondary. Virginia Tech will get there’s but the Eagles will do enough defensively to win this game.