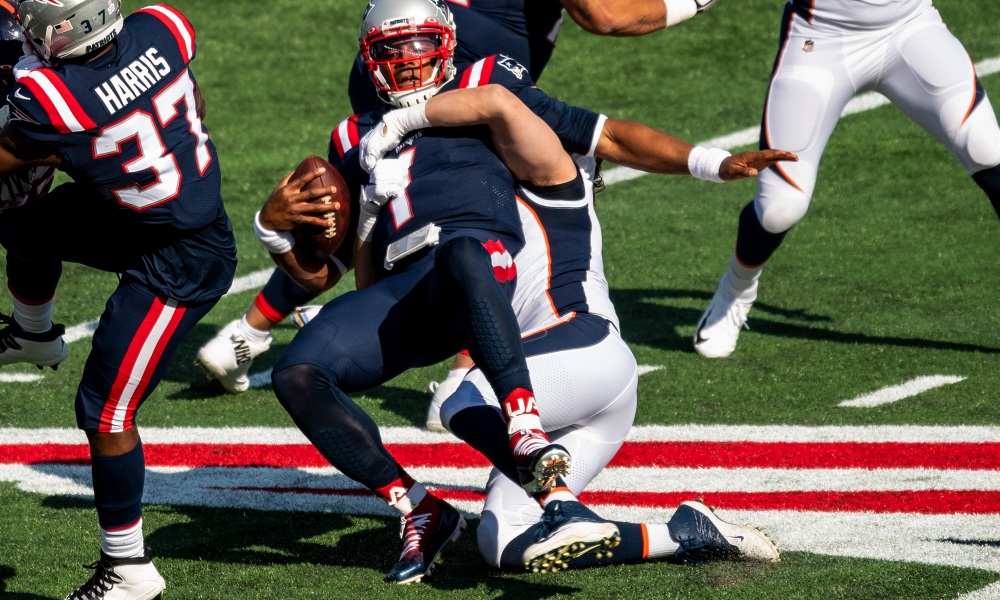 This is what the rest of the country has had to watch for the last 20 years.

If you were disgusted for the majority of Sunday afternoon’s 18-12 loss to the Broncos, welcome back to the real world Patriots fans.

We all knew that things would be drastically different without Tom Brady. However, Sunday’s debacle of a game was the first time we truly saw what life after Brady – or life as an NFL fan the last two decades – is really like every week.

In fairness, the Patriots hadn’t really practiced as a team in almost two weeks. Still, the effort on the field Sunday was nothing close to what we’ve been used to seeing for the past 20 years from a Bill Belichick coached team.

As bad as it looked at times on Sunday, the Broncos STILL almost handed the Patriots a win. It’s a tale as old as time. Road team comes in to Gillette, has a chance to win, craps down their leg and the Patriots steal the victory. Luckily for Broncos head coach Vic Fangio and his staff, the Pats couldn’t take advantage of some horrendous play from Denver late.

Just five plays later Drew Lock was picked off by JC Jackson who brought the ball all the way back to the Denver 25. New England settled for a Nick Folk 38-yard field goal with 3:23 left, cutting it to 18-12.

Once again, Lock tried to hand the Patriots the game one play after the ensuing kick off as he tossed a brutal interception to Jonathan Jones at the Pats’ 28-yard line.

Newton proceeded to lead the offense down to the Denver 24 in 11 plays. On the 12th play of the drive and with the Patriots facing a 4th-and-10 Newton threw an incomplete pass to N’Keal Harry, turning the ball over on downs, securing the road win for Denver.

“We didn’t execute the way we were supposed to and a lot of that is contingent on me,” said Newton.

Newton was asked if the long lay off for both him personally and the team played a factor in Sunday’s poor performance.

“Oh, without a doubt,” he said. “But, we’re still professionals. We’re expected to play at a high level and do our job and we didn’t do that today.”

The rust for both Newton and the offense was apparent early and often, but, the defense held their own. Lock completed just 10 of 24 passes for 189 yards and two interceptions. Philip Lindsay had 101 yards, but needed 23 carries to do so. Broncos kicker Brandon McManus was their only offense, booting six field goals on the day, four of them in the first half to give Denver a 12-3 lead at the break.

Prior to the Patriots’ touchdown that made it 18-9 in the fourth quarter, here’s how the possessions looked for New England:

Now, the Patriots are sitting in third (yes, THIRD) in the AFC East and are 2-3. This is the first time they are under .500 through five games since 2002. How do they turn things around and sooner rather than later?

“Somebody has to take us there and it can’t always be coach Belichick. Certainly, we have a tall task ahead of us.”