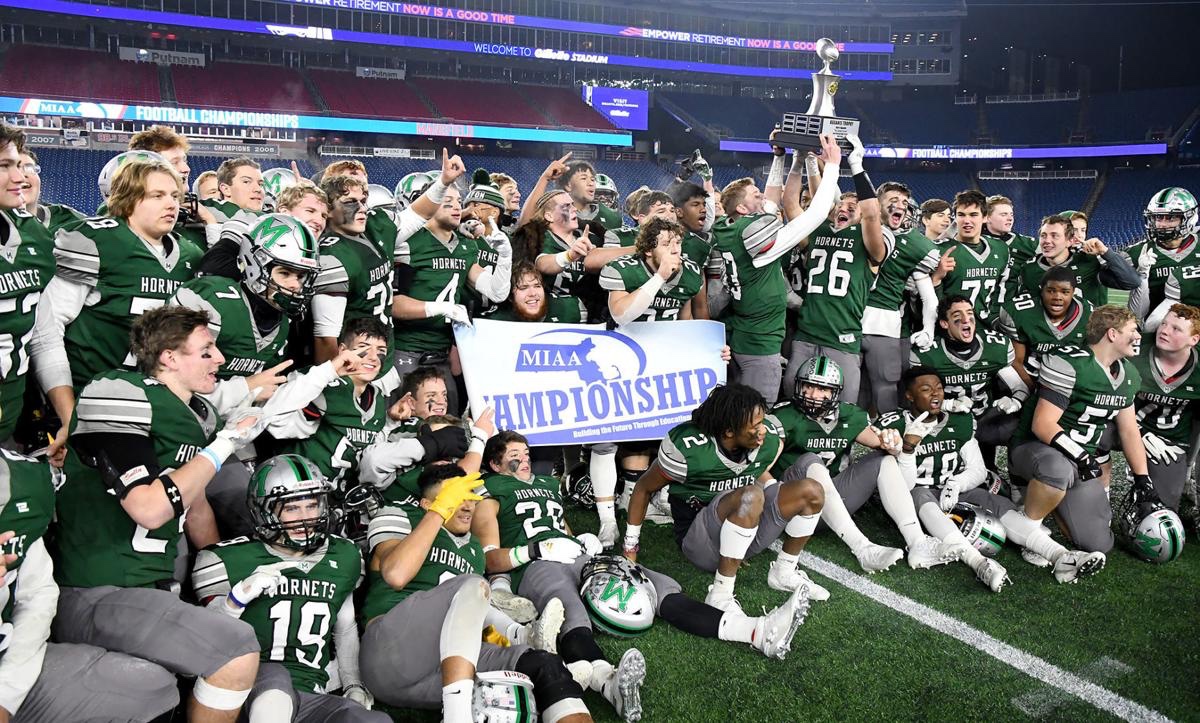 Since the fall of 1988, Mansfield head coach Michael Redding has seen and done just about everything there is to do within the realm of Massachusetts football.

However, this year has obviously been like no other, and Redding has learned quite a bit about himself and more importantly about his players and their ability to roll with the punches.

“Be patient,” Redding has constantly told his team this fall. “It’s been especially hard when after school they see soccer or field hockey playing and they’re asking, ‘well why can’t we?’ It’s a fair question but, we’ve just tried to preach patience and hope that we have that other season.

“I started playing when I was eight-years old and I think that was the fall of 1969. So, I’ve either played or coached in every fall since then. It’s just surreal to be sitting inside on a Friday night eating dinner at 7:30 and wondering why we aren’t out on the sidelines.”

Luckily, the Hornets have been one of the programs able to work out on a regular basis, unlike some schools who have been completely shut out. Redding has been happy with how his players have continued to work as if it were a normal offseason.

“People in the district have been really good about using the facilities as long as the kids are following all the rules,” Redding said. “We started conditioning in June and doing core stuff, and then we got into the weight room right after the 4th of July, so, we’ve gotten some good lifting in. We’re probably bigger and stronger now because of the delay.”

Despite the work that the defending Division 2 Super Bowl champs have been able to get in, Redding worries about the seasons being so close together if the “Fall II” season actually happens.

“The tricky part is going to be – usually we go football into basketball – and the kids have all summer to prepare for football,” Redding explained. “Now, we’ve got the kids lifting but, we have a lot of kids who do basketball, winter track and wrestling, so, we’re going to lose those kids for a few months and then they’re going to come right back to football. That’s going to be tough.”

For seniors Nick Holmes and Nick Bertolino among others, nothing is going to stop them from preparing for kickoff, no matter how odd this year continues to be.

“It is definitely very weird being in school without football at the beginning of the year,” Bertolino said. “We’re focused on getting everyone as physically and mentally ready as possible for football season. We’ve been going to the weight room, practicing at the turf together, and having organized 7v7’s to stay connected.”

“Yeah, it’s been really weird to start the season,” added Holmes. “I think the weirdest thing is not being able to have the same environment in the weight room that we have built throughout the years here at MHS. The feeling on Friday nights when I’m sitting inside, instead of going to war with my brothers under the lights (is weird). Mentally preparing for the season has been a challenge but, overall I think mentally this is a good thing, everyone is eager and fired up to play, and the last thing anyone wants is to go though another season without playing the sport they love.”

That reality of suddenly being told there won’t be a season is still a strong possibility, especially with news this week that winter sports tournaments are probably already out for 2021. The logistics behind playing a season in February are tough to fully believe in, making it pretty clear that with 36 states playing football this fall, Massachusetts embarrassingly dropped the ball and chose to make kids pawns in a giant political chess game. Now, Redding and his players are left clinging to hope thanks to the example those other states have provided.

“I think it might help us that 36 states played,” said Redding. “Everything I’ve read it’s gone really well. There’s almost no spreading the virus during games, we should be more worried about kids spreading it at a high school party in someone’s basement than on the field. I think that helps us that the states that did do it it’s gone well for them at this point.

“We’ll do what we have to do for modifications and all that, but, just give the kids a season, especially the seniors.”

Both Bertolino and Holmes expressed the disappointment and anger they’d feel if ultimately told they won’t be playing.

“I will definitely miss all the jokes and fun times with my teammates, the music and celebrating in the locker room after a big game,” Holmes said. “I’ll miss he town’s support, fans, rallies, coaches, friends, and most of all if we cannot proceed with a season the biggest thing I’ll miss is the what if? Or, what if we had a season, what could we have been?

“I have strong beliefs in we should be playing right now. Obviously that can’t happen whether I like it or not. Hopefully by February whoever is making the rules realizes they are making a huge mistake by not letting us play.”

“If we end up having no season I will miss everything about football,” Bertolino added. “From just walking down to practice with my friends, going to pasta dinners, to being on the same field as my friends. Bus rides, and even enjoying wins with the team as a whole.
Hopefully the state will realize we should be playing and there is no reason to cancel football in February.”

The hope is still high for now, and with some of the talent that Mansfield will have coming back on the field, there is reason to be optimistic for another fantastic season.

With a state title repeat out of the question, Redding is making sure his guys are focused on a Hockomock League title again, something that would feel almost as good as another Super Bowl given the talent strewn across the league.

“The state thing is a shame because I do feel like we could make a run at another state title,” Redding acknowledged. “If we were rebuilding or starting over again I wouldn’t be so disappointed but, this is a group that could make another run and winning back-to-back state titles is pretty special.