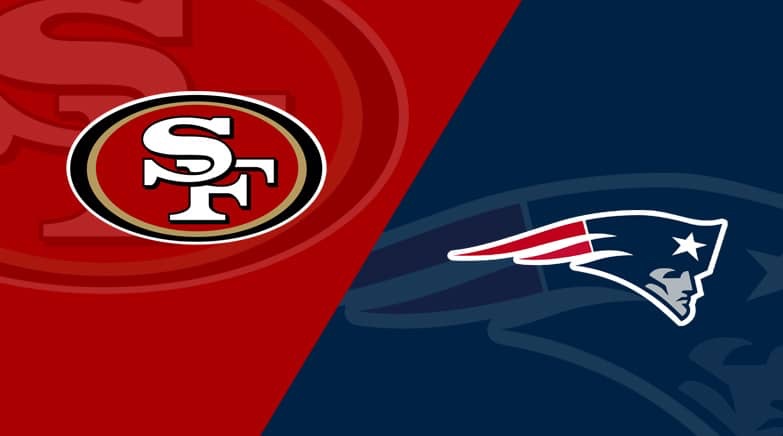 This is just the 13th time these two franchises are meeting during the regular season. San Francisco holds a 8-5 advantage, taking the last meeting on November 20, 2016 30-17 in California. Between 1971 and 1995, the 49ers dominated the Patriots, winning seven of the first nine meetings.

The 49ers enter this one pretty banged up injury wise, while the Patriots are coming off one of the ugliest losses in the last 20 years.

Here are the the offensive and defensive keys for the Patriots if they’re going to avoid going two games under .500 for the first time since 2001 when they started 1-3:

2. Newton must play well: The Patriots got a full week of practice in so Cam Newton should be better than he was last week. He needs to play at a high level today if the Patriots are to bounce back.

3. Keep pounding: The Patriots need to run the football better. They were awful on the ground last week. A solid ground game would give the Patriots a balanced offensive attack today.

1. Sound Adjust to all their movement: The Patriots need to do a good job of communicating and adjusting to San Francisco’s motion and movement. If they do not, they will get outflanked.

2. Bracket Kittle: Tight end George Kittle is a match up problem so look for the Patriots to be physical with him and double team on certain downs and situations. Joejuan Williams will match up on Kittle with Kyle Duggar out.

3. Set an edge against their perimeter running game: The 49ers run as much jet sweep as any team in the NFL. The Patriots must do a good job of sitting an edge and forcing the run back inside.

Final Prediction: Patriots 24 49ers 20: The Patriots need a bounce back win in a big way and they will get it. I think the offense plays better and the defense gets key stops down the stretch to get it done for the Patriots.