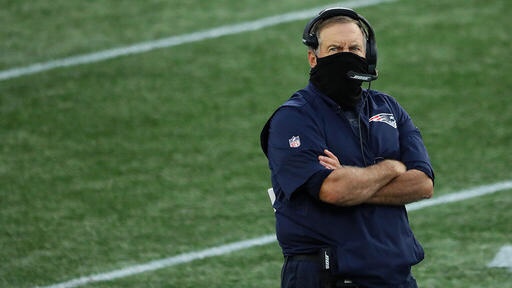 Let’s face it. The Patriots are a broken football team and Bill Belichick cannot fix it. I know that is hard to believe but there is nothing he can do. I cannot believe I am going to say it, but this team stinks.

I can no longer drink the Belichick Kool-Aid. He cannot fix this train wreck he put together. The Patriots roster is subpar and it falls on him ultimately.

Sure, he could trade Joe Thuney and Stephon Gilmore and pick up more future draft capital but that doesn’t fix this team right now.

Unless Belichick decides to upgrade the talent this season, the Patriots are toast. This team will be lucky to go 6-10.

Admittedly. I didn’t see this coming. I thought this team could go 10-6, compete for a division title and make the playoffs. They don’t resemble anything that looks like a playoff team right now.

So how did we get here? Simple. A lack of talent. It is one thing to move on from Tom Brady but to not upgrade the roster this off-season especially at wide receiver and tight end is criminal.

Compounding the issues with this roster is the fact that the Patriots have gotten nothing out of the top talent in their last three drafts.

Isaiah Wynn has been average at best. Sony Michel and N’Keal Harry are busts. Which is saying a lot coming from me because I liked both picks.

Obviously it is too early to judge the 2020 draft but it is fair to say that the Patriots have swing and missed early in two of their last three drafts.

Belichick can turn this around but he has to evaluate and draft better. Plain and simple.

The Patriots will have an abundance of cap space this off-season but how they use it will be key. We know Belichick likes to shop in the bargain bin but he may have to spend a bit more lavishly this off-season if he wants to turn this thing around quickly.

No matter how you slice. The 2020 Patriots are a shell of what we are used to around these parts the last twenty. This team is not very good and I do not foresee that changing anytime soon.