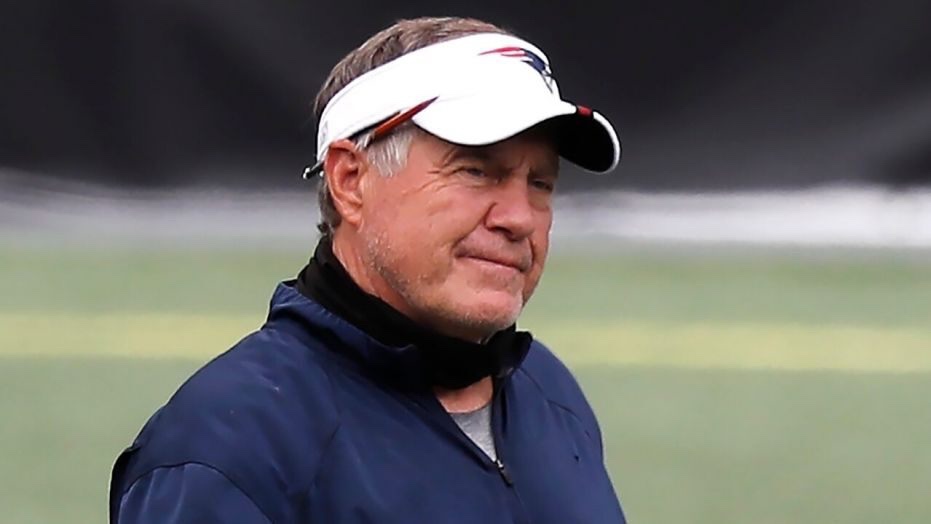 In a rather stunning turn of events, Bill Belichick actually answered questions from Glenn Ordway, Lou Merloni and Christian Fauria like a normal human being on Monday.

After the embarrassment that was the 33-6 blowout on Sunday, it was just assumed that BB would be his usual ornery self when he met with the guys on Monday. That wasn’t really the case though as Bill gave some legitimately honest answers and didn’t just mumble sarcastic responses the entire time. Don’t get me wrong, he was still quite prick-ish answering some questions, but given the circumstances it could have been much worse.

“I’d say if you look at multiple games here, including (Sunday’s) game, there are a number of issues,” he said. “We’ve got to do a better job coaching, a better job of route execution, quarterback decision making, throwing, protection, tipped balls. I mean, there have been plays that have fallen into different categories. But, the bottom line is ball security has to be better…we just can’t give ourselves a chance the way it’s going now.

“We’ve just turned the ball over too much. It’s not conducive to winning football. We’ve been working hard at and we’ll continue to work hard it. We’ve got to be better.”

Merloni soon followed asking coach Belichick what he’s seen lately to make him so sure that Newton should be the starting quarterback still and confident he can get things right.

“Well, I think he’s our best player there, and again, there are other problems,” said Bill. “Offensively there are things we need to do better and that’s what we’re going to work on. I think we have our best players out there, we just have to find a way to be more productive.”

Ordway brought up the slow starts for the Patriots lately, and asked if it’s caused the team to get out of their initial game plans quickly when they’re behind.

“I don’t think so,” said Belichick. “I think we’ve been able to continue to try and do what we want to do. We had plenty of opportunities to run the ball (Sunday), play action and so forth, but, playing from behind’s never where you want to be and that’s certainly another area we need to do better in. That can definitely be helped by our defense and the kicking game. We had some opportunities there yesterday we weren’t able to take advantage of.

“We can certainly help the offense by giving them better field position. We’ve got to be better in all areas, that’s obvious.”

Fauria – a former tight end of course – brought up Devin Asiasi being benched in favor of Dalton Keene on Sunday, looking for the decision making process behind it. Instead of the usual “we did what we thought was best” response, there was a legitimate thought behind it.

“I think based on the practices he deserved a chance to play,” said Belichick. Fauria followed up asking if it’s a weekly competition between the two rookies to see who gets the opportunities.

As is seemingly the case all the time, it was Merloni who brought out wise-ass Bill first this week, asking about Gunner and his lack of playing time on offense after so much hype in camp.

“Yeah, well, he missed three games Lou,” Belichick said slyly. “You’re not going to have any opportunities when you’re not active. Then, there’s a period of time to resume and come back. There’s some limited practice time during that period. We’re not going to go through this day-by-day but I think it’s pretty easy to take a look at what his opportunities have been since the start of the season and figure it out.”

Edelman was an easy transition here as Ordway asked why the veteran hasn’t been targeted much in the passing game.

“Again, Glenn, we’ve been through his multiple times, unless it’s a screen pass the play isn’t designed to go to one player,” Belichick said with an annoyed tone. “It depends on the coverage, it depends on the route, it depends on the matchups and so forth. Certainly he attracts coverage, he’s been a great player for us and is well respected around the league by defense coordinators.

“There’s also situations certain coverages dictate where that the ball goes somewhere else. That’s what we want the quarterback to do, not pick out one guy and try to throw it to him. We never teach the passing game that way and I don’t ever plan to do that.”

Fauria asked coach to “hop in the hot tub time machine” with him and go back to 2002 when the Pats last lost three straight games. Fauria pointed out it was actually four in a row while he was on that team, and asked if there were any coaching points that Belichick could use from that scenario with this year’s team since.

“Look, every week is its own week,” he said. “Like we always do, after the game, after (Monday) we’ll put the game behind us and get ready for Buffalo. I don’t really know any other way to do it.”

After a few more questions on poor rush defense, the trade deadline (which is basically ran strictly by Nick Caserio until a deal is close) and some phenomenal awkward silence brought on by Fauria (of course) due to a lack of padded practices question, it was finally time for the Mercedes Benz Question of the Week.

This week Belichick was asked if there is a certain song or band he likes to listen to in order to help decompress after a game like Sunday’s or a long day at the office. Or, is he more the sit in silence and think while driving home type of guy?

“I think there’s a place for all of those,” he said. “Sometimes you flip the channels to see what’s on, sometimes you want to think about something and turn it down. Honestly, sometimes it’s not a bad time to return phone calls and things like that you sometimes don’t get to during the day.”