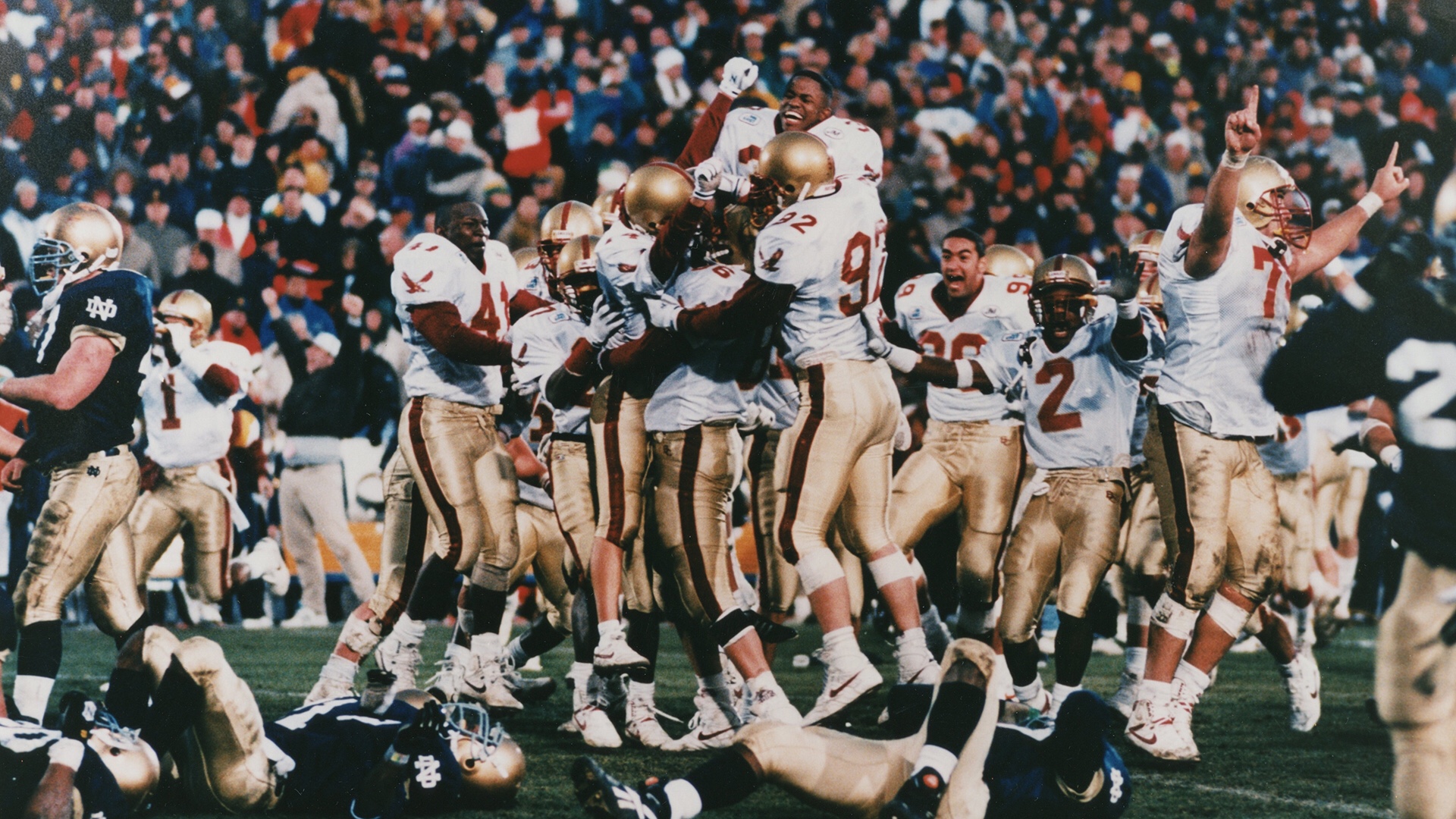 Two weeks ago, Boston College was a half away from shocking the college football world by almost beating number one ranked Clemson. The Eagles fell short, losing 34-28.

Fast forward to this weekend and Jeff Hafley and his team once again have another opportunity to pull off an upset, this time against long time rival Notre Dame.

The Irish knocked off Clemson at home last week and come to the Heights ranked #2 in the country. The Eagles have them right where they want them.

The Eagles will have plenty of motivation. They have knocked off talented, top ranked Notre Dame teams before. They did it in 1993 and 2002 and they can do it again.

The Irish are good but they are beatable. Sure, them beating Clemson gets your attention but that was also a Clemson team playing without Trevor Lawrence and several key defensive starters. If the Eagles can execute on offense, take care of the football and generate turnovers, they can upset a top ranked Notre Dame team again, just like they have in the past.

Hafley and his staff have changed the culture at Boston College. The program has a big time feel to it. The games seemingly matter more than they did before. Today is no different. This is a big one and if the Eagles can somehow pull off the upset, it would go down in Boston College history as another memorable win against Notre Dame.

Beating Clemson two weeks ago would have been momentous but in many ways, a win today would be just as big for a program looking to take the next step towards national prominence.