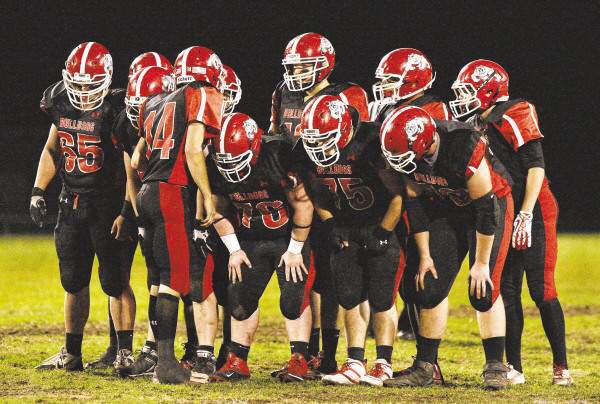 For the past three years, the Old Rochester Bulldogs have been one of the more quietly consistent programs in all of Division 6.

With three straight appearances in the Division 6 South final – including a sectional title in 2018 – whether you realize it or not, Old Rochester is now one of the D6 teams everyone must be aware of. There have also been fundraising efforts and a concentrated effort to spruce up locker rooms, weight rooms, the field and really everything else pertaining to the program.

There is a new sense of excitement around the program, and for second-year head coach Bryce Guibeault even the odd offseason isn’t going to ruin the good vibes around 135 Marion Road in Mattapoisett.

“We’ve just been trying to make it feel like we have something going on,” Guibeault said in a phone interview Thursday. “I feel for the players, especially the seniors, they missed spring and now this, but we’re optimistic we’ll get things rolling in February. It’s been hard though, I’ve got coaches on staff who have been doing this for 40-plus years who just don’t know what to do right now. We’ve built a lot of momentum over the past couple seasons and the kids are hoping they can continue to build on it.”

The concentrated effort to rebuild the image of the program aesthetically has been extremely important, perhaps more important than the success on the field.

“I think fixing up the locker rooms, new uniforms this year, all those little things definitely help,” he said. “It also obviously helps we’ve been successful the past few years and been in the South final the last three. Word of mouth gets around and even if we get kids that haven’t played football, if they’re athletes we try to find a spot for them.”

Two of the kids hoping to continue building on the recent success are seniors Tommy Durocher and Jared Achorn. Both of them also spoke about the program and how a smaller group like theirs might actually benefit from such a strange season when it comes to building camaraderie.

“People love to overlook a program like ours because of its size,” Achorn said. “We might not have the biggest group of kids in our program, but since we are a smaller school, it gives us the opportunity to become closer and be more of a family. When you have 100 guys in a program, it’s tough to get to know each and every one of your teammates on a personal level. I’ve noticed throughout the years at ORR that talent has played a major role, but good chemistry and relationships has played an even larger one. So to me being in a smaller program gives us an advantage in the sense that we are more of a family than a team.”

“The support from our school and fans can match that of the bigger schools,” added Durocher. “I believe support in the community is one of the most important aspects for a “small school” to be successful and I think Old Rochester is a great example of that.”

Durocher (WR/S) and Achorn (C/DL) are two of five captains expected to lead the Bulldogs this season along with brothers Ryon (QB) and Dylon Thomas (WR) and Ryan Quinlan (TE/OLB). Guibeault had plenty of positive things to say about his 2020-2021 leaders.

“Tommy and Jared are big pieces to the puzzle,” he said. “Quinlan really came on last year when he was playing tight end the first couple weeks. Around Week 4 we started playing him at outside linebacker and for the last stretch of the season he probably played the best of anyone on defense. If he had started on defense from the jump he would’ve been an elite league All Star and all that.

“Ryon’s athletic and a dual threat and he can make all he throws. We run a lot of option and he can make the right reads and he’s just a dynamic athlete. His twin brother Dylon is just another threat on the field athletically and he’s been good for us and defense as well. We’re really excited about the guys we have leading the team this year.”

What exactly do those leaders expect from themselves and their teammates this season? A state championship, but if that’s not possible then they’ll have to settle for cementing their legacy as a class that continued to put ORR on the map.

“As a leader, I want to be remembered as someone who the team could look up too,” said Achorn. “The team starts with the captains and the leaders, and if the guys on your team can’t look up to you and see you as a role model then you are doing something wrong. The leaders set examples and strive for greatness in the locker room, weight room, and in the classroom, not just on the field.

“It would be a blessing to be able to have a postseason this year because I know our team can make it deep into the playoffs. However, with or without the postseason I still need to be the guy on the team that sets examples.”

“As a captain and one of the leaders of this team I am determined to go out this season and win a state championship,” Durocher added. “Being on the previous teams that made it so close, I am motivated to win it for my former teammates and Old Rochester Pride. If Covid were to get rid of state playoffs we will have to make due and go win whatever championship is thrown at us.”