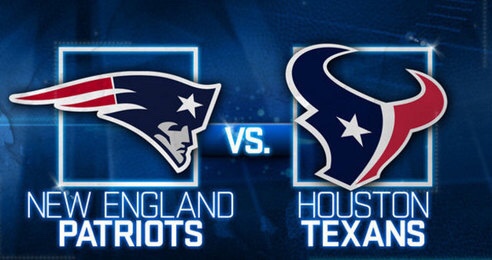 Opening Kickoff: The Patriots and Texans will meet for the sixth straight season. The two teams played in Houston last season on Sunday Night Football with the Texans winning 28-22.

The Patriots are 4-1 against the Texans in their last five regular season meetings.

In 2016, the Patriots and Texans played twice. The Patriots won the regular season match up 27-0 and then beat Houston 34-16 in the Divisional Playoffs.

1. Identifying their fronts & pressure: Houston disguises a lot and moves around pre-snap. Both Cam Newton and the offensive line must identify pressure and figure out where it is coming from. Houston will give the Patriots a lot of different looks today.

2. Formation variance: One of the ways to combat defenses that disguise is to use a lot of formations. The Patriots need to be more multiple today. They cannot simply stay in the I formation the entire game.

3. Run off-tackle: Look for the Patriots to run at J.J Watt and Whitney Mercilus in an effort to slow them down. Being physical with pass rushers in the run game is important. It wears them down as the game goes on.

1. Keep Watson in the pocket: The Patriots have to sugar rush Deshaun Watson and keep him in the pocket. They cannot allow him to break contain, get in the scramble drill and extend plays.

2. Plaster! Watson’s ability to extend plays puts pressure on the Patriots secondary. That means they have to plaster or cover longer down the field. They cannot allow the Texans receivers to disengage and get open.

3. Limit the big play: Houston is a team that is built to make big plays with Brandin Cooks and Will Fuller. The Patriots have to limit their ability to make big plays. The Texans have had a hard time driving the ball this season. Make them have to drive it to score.

Final Prediction: Patriots 24 Texans 21: The Patriots will have their hands full with this talented but unpredictable Texans team. I expect this to be a back and forth affair. If the Patriots stay patient and play the way they have the last two weeks, they can win this game.