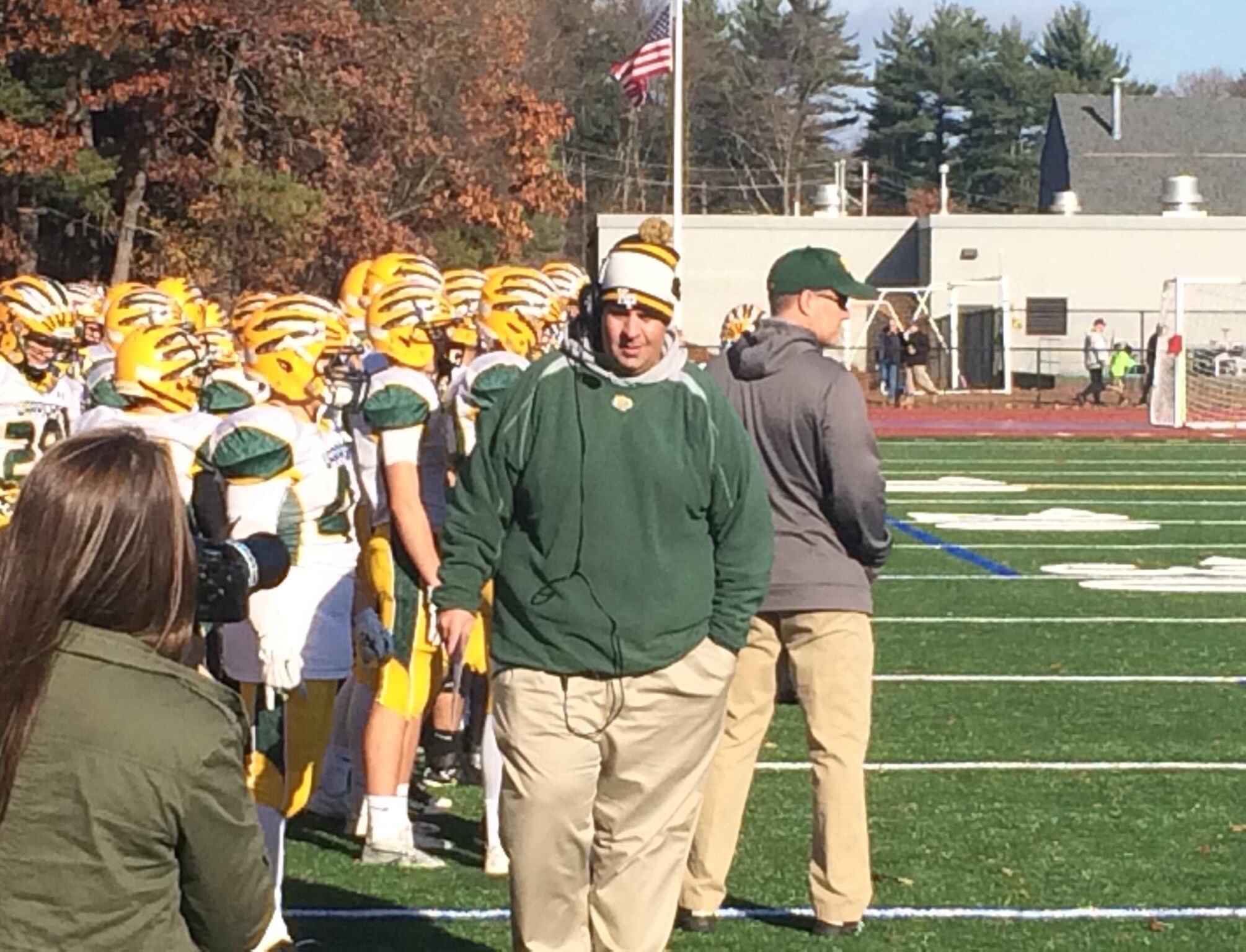 Thanksgiving is my favorite holiday. It is not only a day for giving thanks but it is also a day defined by family, food and football. Unlike other holidays, it has not been commercialized and in many ways, that is what still makes it special.

Football has been the centerpiece of my Thanksgiving since I can remember. As an adult, I have been fortunate enough to coach in six Thanksgiving Day rivalries. Norwood/Dedham, Milton/Braintree, Walpole/Weymouth, Blue Hills/Bristol Plymouth, North Quincy/Quincy and King Philip/Franklin (I have coached on both sides of this rivalry.)

If this were a traditional Thanksgiving, I would be waking up at the crack of dawn, brimming with excitement for the biggest game of the season.

I would start my day by reading Gerry Callahan’s For Seniors, Thanksgiving is the game of their lives piece. It is a personal tradition of mine. It is part of my Thanksgiving routine.

After getting cleaned up, I would debate what my coaching attire will be for the big game. I go back and forth on what I should wear. You might think that coaching attire is trivial but it is more important than you think. You want to look good for the family, friends and alumni that are all going to be there. Of course the weather also dictates what you are going to wear. The weather can be unpredictable on Thanksgiving in New England.

After getting dressed, I grab my playsheets and my Sharpie Markers. I need to have at least three colors, black, red and green. I jump in my truck and I head over to the school. On the way there, I stop and get a coffee. It helps calm me down and to organize my thoughts before the game.

When I get to the school, I enter the building and head to the gym for the pre-game walk through. I always look for the seniors first. I want to get a feel for how they feel as they prepare to play in their final Thanksgiving game. You see the excitement on their faces but there is also a sense of nervousness. They know this it it. Their last Thanksgiving game.

After finishing up walk throughs, we are either going to board the bus or make our way to the field for pre-game warm ups.

Thanksgiving pre-game is different. Aside from the fact that the game is being played on a holiday morning, there is a different vibe. No matter what your record is or that of your opponent, it is a big game.

The scene is different too. As you make your way out, you see the band setting up along with the long ticket line. Fans of both schools slowly making their way to their respective sides. I usually take a moment to take it all in.

After warm ups are done, we head back into the locker room. This is where you truly get a sense of whether or not your team is ready to play. I usually try to keep it light, even when I was a head coach. The kids are already excited. I don’t need to say much.

Then, it is time. The head coach calls the team together and gives his most passionate speech of the season. Every coach gives that Rocky Nelson (late coach of Woburn High School whose Thanksgiving speeches were legendary) speech on Thanksgiving. The speech always references the significance of the game for the community and that the alumni are here to watch you play. The speech reinforces how important the game is. The coach then brings the team in and after a fiery finish, they break, buckle up and it is off to battle.

The game itself goes by fast, even though there is an extended halftime for the bands to perform.

Next thing you know, you are shaking hands and the game’s most valuable players and the trophy is being presented to the winning team. If you are on the winning side, it is an awesome feeling. The team hoists the trophy up and has one final break.

After taking pictures with family members and the coaching staff, it is either time to get on the bus and head home or back inside the school. Now it is time to turn in your equipment and say your final thank you’s and goodbyes. Just like that, it’s over. Unless you are fortunate to be playing for a state title, the season is over. For the seniors, their careers are over. For the rest of the team, it is onto the off-season and talking about working hard and getting better.

After the equipment is turned in, the coaches and players disperse. I usually stop by the field one more time and take it all in. I head home, take a shower, change and me, my wife and daughter head over to my parents. Like everyone else, we will have a Thanksgiving meal and watch football. When asked if we won, the game recap is easier if we won. If we lost, usually my body language and my demeanor tell the story.

Regardless of what happened, it is the culmination of a great week and a great day. Thanksgiving is special for all the right reasons. Family, football and food. It is a day of giving thanks. I am thankful for having football be a big part of my life and a big reason why this day is so personally special to me.