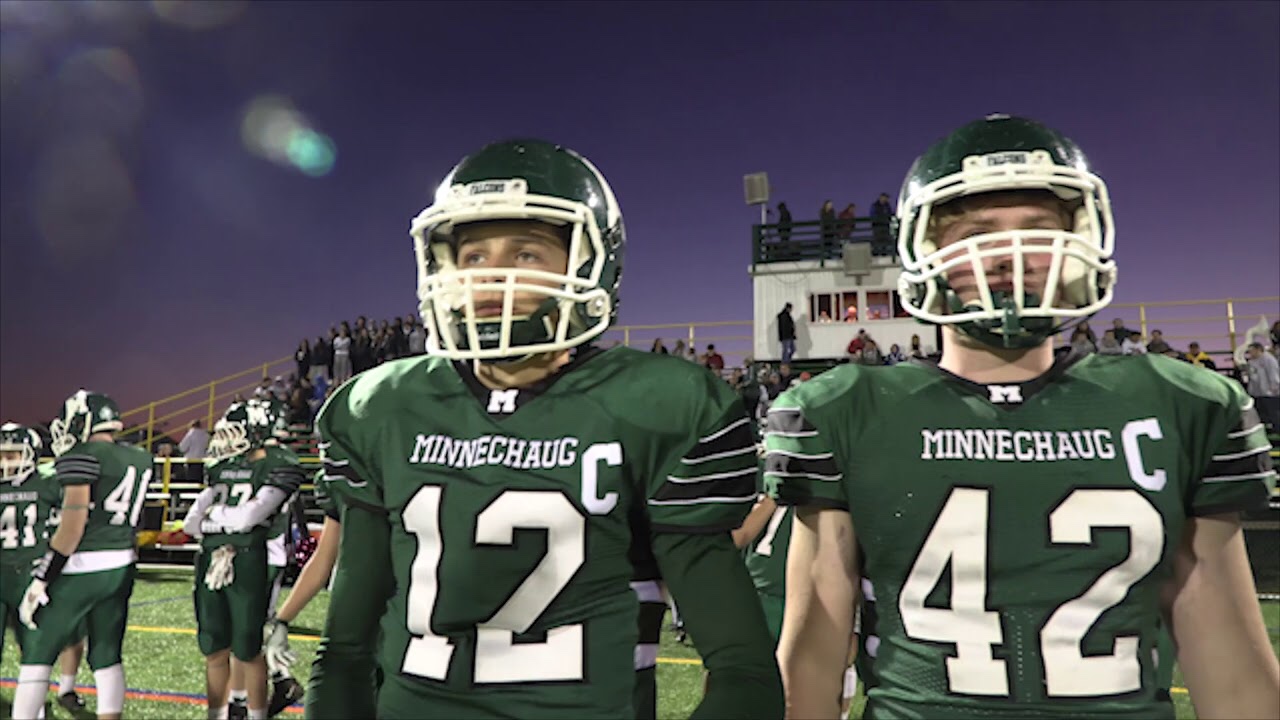 That’s just the way it is and the way it’s always been for as long as I’ve been alive. Up until 2012 I thought the western part of the state started in Milford.

Having said all that and having now covered sports around the Commonwealth for the last 12 years, I believe there are a ton of athletic programs “out west” that don’t get nearly enough attention from folks out this way.

The Falcons are our 13th Featured Team of the Week. In two of the past three seasons, Minnechaug has reached the Division 3 West final but lost. There may not be a postseason in February, but second-year head coach Will Nickerson and his team just want to hear the pads popping again no matter what’s at stake.

“We were lucky and fortunate out here, we had a fall ball with no pads but lots of individual drills,” Nickerson explained in a phone interview on Thursday. “Our administration was great and our kids were just so excited to be out there with their friends doing something they love to do. We’re keeping our fingers crossed for February, the guys can’t wait to play.”

Two of those guys who can’t wait for the season to finally come around are seniors Joe Garvey and Tommy Murdoch. Whether the Falcons have a chance at making another run at a sectional final or not, the Minnechaug senior class is looking to leave a lasting impression on the suddenly rising program.

“It’s not hard honestly,” Garvey said of what the strange offseason has been like. “During the fall practices, we got a glimpse of what product we could put on the field in February. That was a direct result of hard work in the summer on the field and in the weight room. We have to stay patient because focus isn’t an issue. If there are no playoffs this year I feel like the best thing to do would be to compete against ourselves and the stat sheet. There are lots of team and individual records to be broken and this team is definitely in a position to do that.”

“The goal is always to win but, with playoff uncertainty I think another goal under normal circumstances is to just maintain and grow our brotherhood with the team,” added Murdoch. “That’s something we’ve always prided ourselves on and we’ve created bonds with previous teammates for a lifetime.”

Nickerson will be relying heavily on Murdoch, Garvey and fellow senior Noah Kozub to lead the Falcons as team captains this season.

“Tommy Murdoch (DL/OL), is looking at some Division 3 schools, Joe Garvey was a really good player for us last year and Jonah Kozub is a lacrosse and football player and part of a family with seven kids, so that’s just a great family,” Nickerson said.

After losing a ton of talent, Nickerson will not only be relying on his captains but also looking for some younger talent to step up and elevate their game, and he’s already got one guy in mind.

“We graduated a lot last year. A lot of our statistical guys are gone, but those three are all great kids and all stepped up last year,” he said. “One of my budding prospects right now is a junior James Gallagher. He’s a really good prospect, a wide receiver and outside linebacker. I work for the Excel Sports Academy and I see him there all the time, he’s a complete worker. He’ll be a home run for someone in 2022. He’s our best offensive weapon returning.

“We lost our quarterback playing baseball at Union, we lost our running back to Springfield, our best offensive lineman is at Franklin Pierce. We’ve got a lot of young guys with a lot of ability, we just need to get them out there, see them play and try to take advantage of the opportunity.”

With the season now approaching quickly, it’s fair to say that no matter what the schedule looks like this season, Minnechaug deserves plenty of attention not only in western Massachusetts, but statewide.

” We’re determined. We hear all the things people say about western Mass but we don’t let it bother us,” said Murdoch. “We play our style of football and get wins and we’ve done that very well. Minnechaug has very elite athletics all around and we’re just trying to put the state on notice.”

“People should take notice because there’s a lot to like about us,” added Garvey. “A new, innovative coaching staff with returning starters on both sides of the ball along with lots of young talent. We’ll be guaranteed to be explosive on Friday nights.”