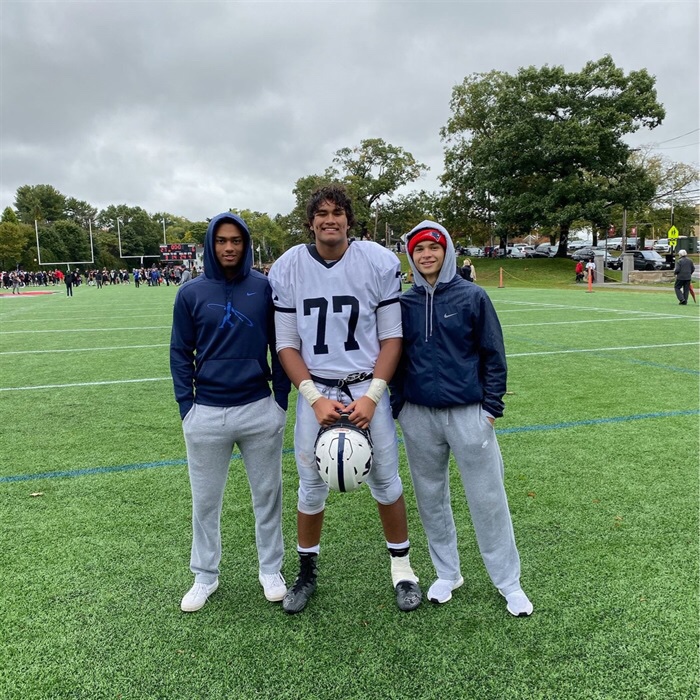 Lawrence Academy offensive tackle/defensive end Ty Chan (Class of 2022) has committed to Notre Dame. Chan made the announcement on Thursday on Twitter.

The four star recruit ( Per 24/7) has been a rising star in the recruiting circuit for the past two years and held 10 offers at the time of his announcement. Boston College, Duke, Syracuse, Michigan, Virginia, Nebraska, Penn State, Minnesota and William & Mary were the other schools that offered Chan.

The ISL did not play this fall so we did not get to see just how much more Chan has developed in the past year under the tutelage of head coach Jason Swepson and his staff.

Despite that, Chan is one of the top line prospects in his class and that is why he committed to Notre Dame now. The opportunity to play for Notre Dame and for Brian Kelly and offensive line coach Jeff Quinn was too much to pass up. The Irish got a good one.