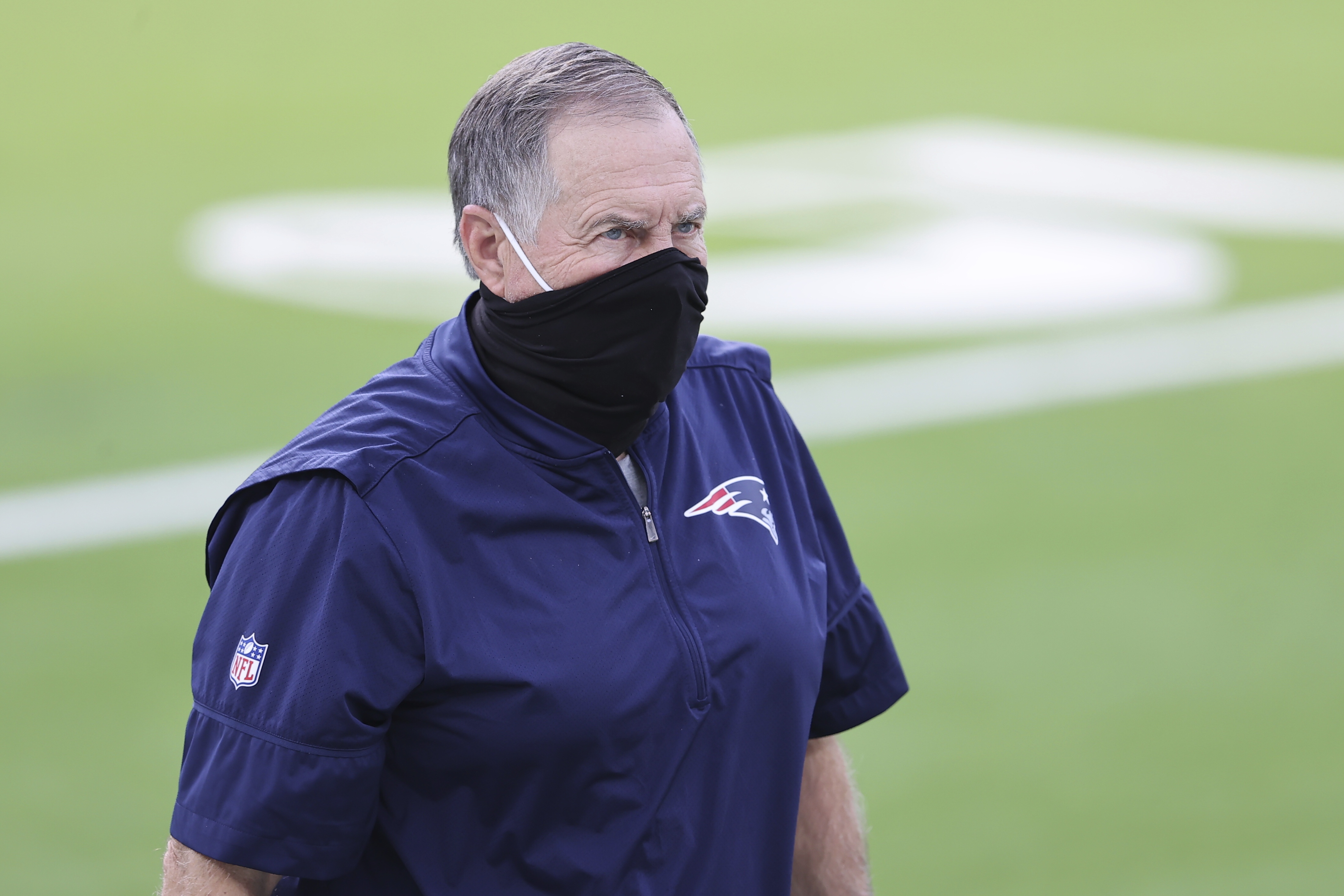 Things had been far too nice during Bill Belichick’s weekly appearance on Ordway, Merloni and Fauria the past few weeks.

With the Patriots’ winning games, the annoyed, wise-ass Bill was still lingering in the interviews but wasn’t omni present. That changed on Monday when the guys talked to the head coach for the first time since the embarrassing loss to the Rams.

Answers were short, and the awkward pauses made a nice return.

As usual, Ordway opened the segment, and he began with stopping the run – or the Patriots’ inability to do so – against the Rams, and he asked coach what went wrong as rookie Cam Akers gashed them all night long.

“Yeah, well, we had a couple of big plays, we’ve just got to coach and play better,” he said. “There’s no magic to it.”

Merloni soon brought up Stidham and asked if he came in to the game because Bill thought he gave the Patriots the best chance to come back.

“We wanted to give him an opportunity to play, so that’s what we did,” Belichick said in an annoyed tone. Merloni followed up, explaining that the confusion from fans is why exactly is Stidham in the game at that point and not earlier when Newton is clearly holding the offense down.

“Like I said, gave him an opportunity to play,” he muttered. “Cam was taking some hits, it was a combination of things. Right time to put him in there.”

Fauria stuck with the quarterback conversation and asked an interesting question: would Bill consider playing both guys? It’s a fair question to ask considering Newton has been historically bad to this point, yet Bill was having none of it.

“That’s not where we are right now,” he quickly shot back. “We’re not there.” Fauria followed again and asked Bill if he’d even consider it down the road. Once again, pissy Bill took over.

“It’s a hypothetical Christian,” Belichick said. “I have no idea.”

Ordway brought up the four red zone trips that ended with just one field goal against the Rams and asked if teams are playing the Pats differently because there are limitations on offense in that area.

“I don’t know, you’d have to ask those what this teams are thinking,” he said. “We’ve just got to do a better job getting the ball in the end zone. No real magic to it, just need to call plays and execute them.”

Stunningly, if you watched the game against the Rams, you couldn’t help but think that as ugly as it was, the Patriots still had a shot around the third quarter. Merloni asked Belichick if he had felt the same way.

“There were two long drives, and we had an opportunity to stop them on both,” he said. “We gave up seven points on the poorly executed screen pass and missed a couple opportunities in the scoring zone. If we could have made a few plays at the right time it certainly could have been a much more competitive game, but that’s not what happened.

“The score wasn’t competitive, I thought the game was more competitive than the score, but when you’re down 17 at the end of the first quarter it’s an uphill battle.”

Perhaps the only time Belichick clearly had a little bit of positivity in his voice and didn’t sound like he was at a funeral was when Fauria brought up Kyle Dugger and his consistent play throughout the season.

Ordway followed up and asked if more young guys are playing simply because they’re improving as the season goes on.

“Some of these guys have earned playing time as they’ve gotten better and worked not things that were identified for them to work on,” he said. “Guys have had a chance to get some playing time and done a good job with it, so they’ve earned more.”

N’Keal Harry building confidence, a little Dolphins talk and Bill’s career record against rookie quarterbacks were all briefly touched upon before it was time for the Mercedes Benz Question of the Week. Before that could happen though, the most historically long awkward pause in radio history took place when Fauria asked Bill about the narrative of the Patriots struggling in Miami.

Turns out Bill simply lost connection, but it’s more fun to pretend he hated the question. Belichick did call the guys back to let them know there was some technical difficulties, but the question of the week as to what was Bill’s most memorable Christmas gift as a child would have to wait until next week.