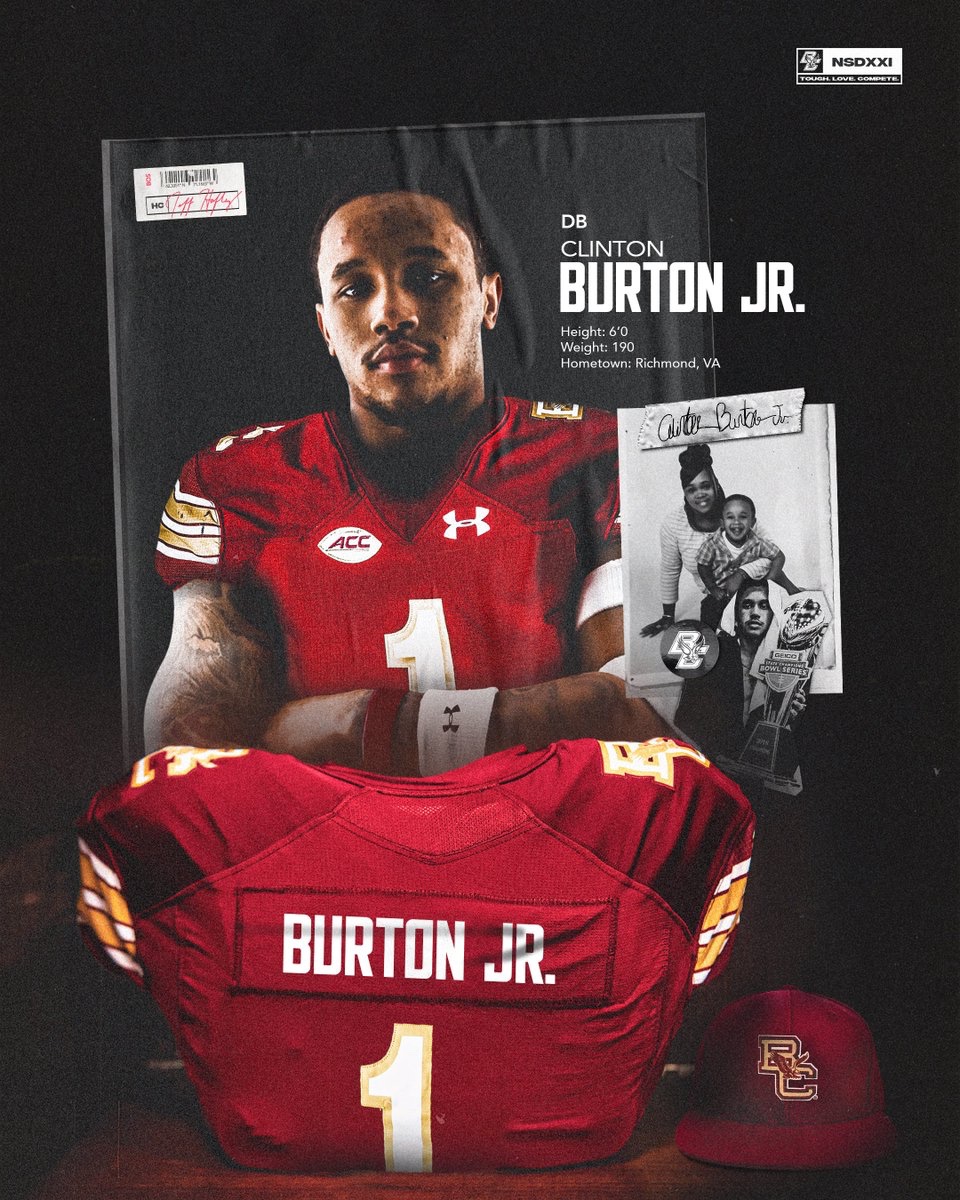 On December 16, 2019, Jeff Hafley was named head coach of the Boston College football team in a jam packed press conference.

One year to the day on Wednesday, Hafley had 25 high school players from across the country sign NLI’s. Hafley and his staff even grabbed one recruit from Serbia to cap this wild year. This class is the best in program history, ranked 34th by ESPN Rivals and 39th by 247 Sports, but he refused to take credit for any of it.

“Really excited about the start of our 2021 signing class,” Hafley said Wednesday. “All those kids we had penciled in to sign last night did and we really appreciate that. There’s even more so to be said about what our assistant coaches were able to do. You’ve got to remember, we were sent home…we had a huge visit set, some big time players coming in, the weekend before we got sent home because of the pandemic.

“We didn’t have a 2021 recruit step on campus, which in our opinion is one of our biggest selling points. We’ve got a beautiful campus and one of the best cities in the world, so what our staff was able to do without having any of these kids visit, shaking their hands or showing them around the campus and facilities, I give them a lot of credit and I appreciate all their hard work.”

Hafley also thanked the recruiters and social media team, adding how important they’ve been in helping Boston College. It’s hard to ignore what they’ve done, as BC has quickly become one of the most fan-friendly teams in the country when it comes to social media.

When I asked Hafley to try and wrap his head around the fact that he was signing his first official class on the one year anniversary of his introductory press conference after navigating an 11-game season through a pandemic, he quickly deflected back to his staff.

“I literally was doing a press conference (last year), and then I got right back on the plane and went to practice (at Ohio State) when I landed,” he said. “A year later, if you look at it and really want to think about it, the 2022 class we already have a jump start on. Again, to be able to sign the class of 2021 like we did without much time…usually you’re on kids for two or three years, we’re on some freshman right now.

“When I tell you this stuff put in effort and deserves a break, and the credit that the staff…don’t give me credit for this class give it to that staff. That’s incredible when you think about it. You just made me realize we haven’t even been recruiting these kids for a full calendar year and we’re already well into 2022 and 2023, it takes time and effort. Just a really good job by everybody involved.”

With high school football canceled here in the fall and some uncertainty regarding the “Fall II” season in February, I also asked Hafley how he feels the relationship building has gone with local coaches.

“I think the relationships are getting there,” said Hafley. “I met a lot of great high school coaches in the area, but it’s kind of hard because I haven’t been able to go out and meet them in person. When I got here, it was such a short period of time, I had just a handful of weeks just to go out and recruit. I couldn’t get in touch with all of them. I would;d’ve used the extra time that we would’ve had to meet them, shake their hands. I think it’s going well, but I’d like to meet them more in person and make it more personable.”

Depending on Covid and NCAA restrictions, the BC staff could be in a position to take advantage of a February high school season and watch games they may not have seen in September and October. Hafley acknowledged there’s some guys on the radar that have caught the attention of the coaches, but there’s still uncertainty as to what will be allowed.

“Honestly, I don’t know if legally we’ll be able to go out and watch them,” he said just because of the NCAA rules. “I’m excited to get some tape and see how some kids have developed. There’s some kids we’ve been keeping a close eye on that haven’t been able to play and we’re really excited to see how they develop.

“That’s why we have some scholarships left and again, I think this is a really good start. I reiterate start because I think you’re going to see some additions.”

There are a number of intriguing names on the list of 25 signees, but none of them are as intriguing as Serbia’s llija Krajnovic. The 6’8, 325lb offensive lineman from IMG Academy is from Zrenjanin, Serbia.

“Coach (Matt) Applebaum did a great job there,” Hafley said. “Wait until you see the size of this kid. Our staff did an incredible job. Our staff would sit there at home and watch film and we’d all talk like this (on Zoom), and someone would say ‘wouldn’t you love to see this kid do one of those drills, man?’ and a guy like coach Applebaum would get the kid on the phone and the next day we’d have a kid up on our Zoom the next day watching drills.

“We all had these kids film themselves and we evaluated those. When you look at this kid, just a giant, phenomenal kid and an incredible story. You want to talk about a kid who sacrificed and gave up everything he had, sitting in a dorm room by himself just to wait for an opportunity to come to a college, away from his family, a really cool story and I’m excited for you guys to talk to him when he gets here. You’re talking about a guy with huge upside.”

A year ago, Hafley told anyone who would listen to “Get In.” On Wednesday, exactly one year later, 25 more athletes decided to do so, and Boston College continues to quietly become a destination for players across the country and now, the world.

“We believe we got kids that fit us,” Hafley said. “We had certain criteria we were looking for to help this team. We went out and found them, and I’m grateful they signed with us. I think the BC brand is very powerful and I think it’s underestimated.

“I think the logo carries more weight than people think. With the national television we were able to be on this year and the ability to compete at a very high level, people are talking. We’re going to go out and fight the fight in states around the country, people want to come to school here.”