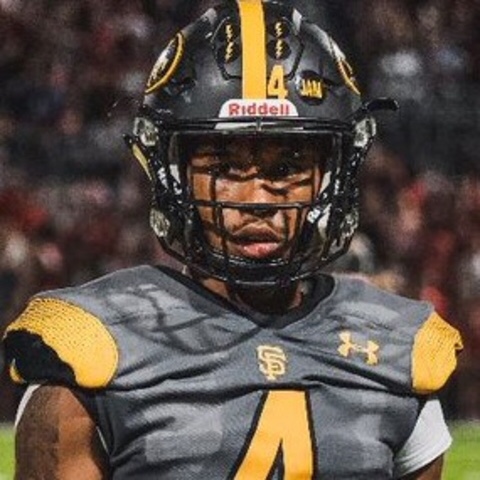 Four star defensive back Clinton Burton headlines a talented 2021 class for the Eagles.

National Signing Day is one of the biggest days on the college football calendar. Especially now that it is two days. Wednesday was a big day at the Heights as 25 recruits signed their letters of intent to play at Boston College.

The crowd jewel of the class was four star defensive back Clinton Burton Jr. Jeff Hafley and defensive backs coach Aazaar Abdul-Rahim were able to land Burton, the program’s first ever four star recruit. Burton might be the most notable player in the class but there are impact players that signed yesterday and are poised to make an impact. Here is a list of the entire class.

Landing a player of Burton’s caliber is even more impressive when you consider that coaches could not set up visits or recruit players face to face. It was all done via social media, by phone and teleconference.

Hafley and his staff focused on defensive back but they recruited across the board and not only improved the talent on the team, but the depth as well. Here is a breakdown of the Eagles by position.

When it comes to getting these commitments, Hafley and his coaches left no stone unturned. This is a national and international recruiting class. Here is a break down of the states Hafley and his staff recruited.

Recruiting areas that the program has traditionally not recruited is important. It is not often that Boston College goes into Texas and California but they did with this class.

As you can clearly see, the focus in this class was on defense. Shawn Asbury and Clinton Burton could play as freshmen while Jaylen Blackwell, Cole Baston and Jalen Cheek all have the potential to start by their sophomore year or at the very least be in the mix.

The two Massachusetts linebackers, Owen McGowan and Casey Phinney add toughness and leadership to the class. McGowan profiles as a MIKE linebacker while Phinney can play both MIKE and SAM linebacker.

Quintayvious Hutchins, Neto Okpala and Tyeus Clemons all have the potential to be special edge players defensively for the Eagles. All three are raw but offer big time pass rush upside.

I also like the two defensive tackles that were in this class. Owen Stoudmire is disruptive and explosive. He was one of the best defensive players in the state of Ohio last season. Nigel Tate is long and offers scheme versatility.

Hafley and offensive line coach Matt Applebaum want big, long offensive lineman that can play guard or tackle. Well, they got two good ones in this class in Serbian import Ilija Krajnovic from IMG Academy and guard Otto Hess out of Illinois.

Finally, the Eagles were able to land some speed and athleticism with Jamareeh Jones who is listed as an athlete and wide receiver Jaden Williams. Wide receiver Dante Reynolds is also a player to watch in this group.

The talent has been upgraded. Hafley lived up to his reputation of being a terrific recruiter with this class. The 2022 and 2023 classes are shaping up to be even better.