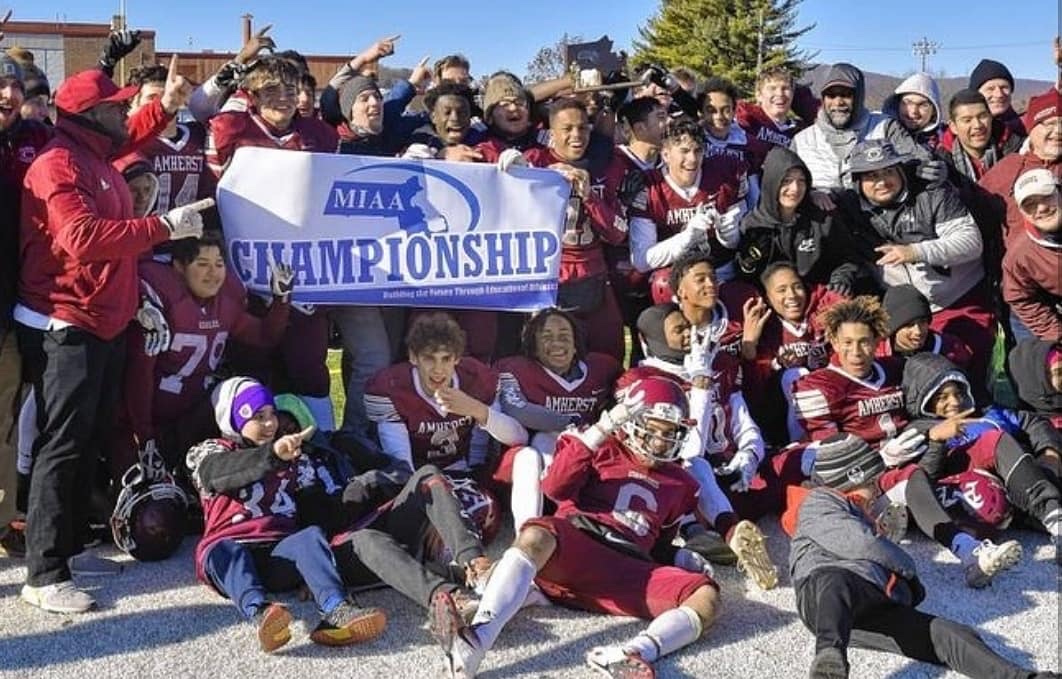 Ehorn was just expected to keep the program afloat when he took over in 2016. Instead, the Hurricanes have become one of the more consistent programs in the state, making appearances in the D5 WMASS semifinals in 2017 and 2018 before winning a sectional title a year ago. Unfortunately, Amherst fell in the state championship game to Swampscott.

Now, Ehorn is hoping that despite having to wait an extra 4-5 months, momentum will carry over into 2021.

“Everybody has bought in to what we’re trying to do,” he said in a phone interview this week. “We don’t have individuals on this team and everyone’s bought in to that team philosophy. Everyone expects to win now and I don’t know if that was the case when I started four years ago.

“I remember being told if you win half your games every season you’ll be a hero. That’s not the mentality you want. We want more and everyone’s got a positive attitude. We want to win and expect to win and the next step now is winning it all.”

The Hurricanes might not have a shot at finally getting over that hump depending on if there’s a postseason or not, but either way players and coaches are more ready than ever to start it up and see just how far the program has come.

“The culture of the team now is win every game and treat it as if it was your last,” senior Owen Frenette said. “We want to perform at the highest level we can and we want to win every game we play. A few years ago, we struggled as a team but with the mindset of winning every game, we eventually got into the grove of executing that plan.”

“I remember when I was in eight grade, I went to the game that decided whether or not the team made the playoffs for the first time in like twenty years,” added junior Landen Worgess. “When they won, the whole team was so excited as if it was the craziest thing. Now, it’s what people expect from us and we have that expectation for ourselves.”

Frenette (LT), Worgess (LG), seniors Joel Cruz Rodriguez (RG) and Nick Parker (RT), junior Nolan Klaes (C) and classmate Zayd Sadiq (DB/WR/KR) will be expected to lead the team this season. If you noticed, it’s mostly the big guys upfront that will be charged with maintaining the program’s momentum.

“We’re very excited about what those guys bring,” said Ehorn. “I think it’s the best O-line we’ve seen. Landen led our team in sacks as a sophomore. Zayd’s an athlete you only wish you had, he does it all for us and he scored every way for us last year, offense, defense and special teams. All of those guys are leaders and we’ll be expecting them to continue to set the example here.”

Both Frenette and Worgess believe this Amherst program has flown under the radar, and they also believe this year’s team should garner attention not just in western Massachusetts, but here in eastern Mass as well.

“The Amherst program has grown in the last few years and we have turned into a team that can compete at a high level,” said Frenette. “We are better than teams in eastern Mass and we will only get stronger as a team as time goes on.”

“People should pay attention to us because of our mindset,” added Worgess. “The reason we are the team we are is the mental aspect of the game. A team could have all the talent in the world but no discipline and go 0-8. Coach Ehorn’s taught us the discipline to never give up on a play no matter how tired or sore you are because the moment you do that, it’s effecting all your teammates around you.”

At this point, wins and losses are nice, but the only thing the Amherst Hurricanes want to do is finally bring a state title back to 21 Mattoon Street. If it doesn’t happen, well then they’ll have to settle with creating a new foundation that should allow the program to flourish for years to come.

“The goal of this year is to play hard no matter the circumstances,” said Frenette. “We are going to follow the COVID guidelines while we play. We want to win every game we play to show western mass who the best team in this area is.”

“If there’s no Playoffs this year, our goal is to just play some good team ball,” Worgess added. “Hopefully, we can go undefeated.”